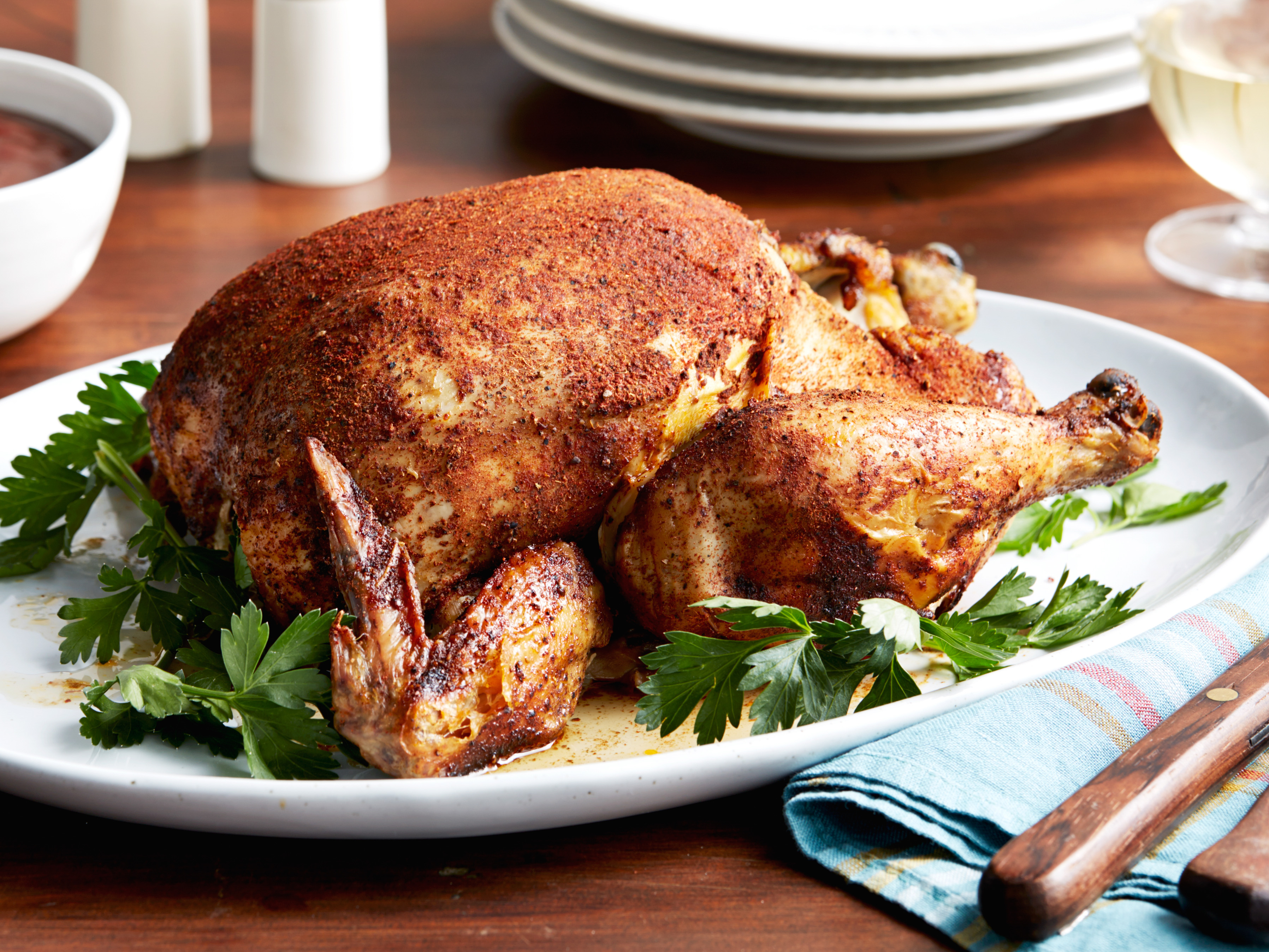 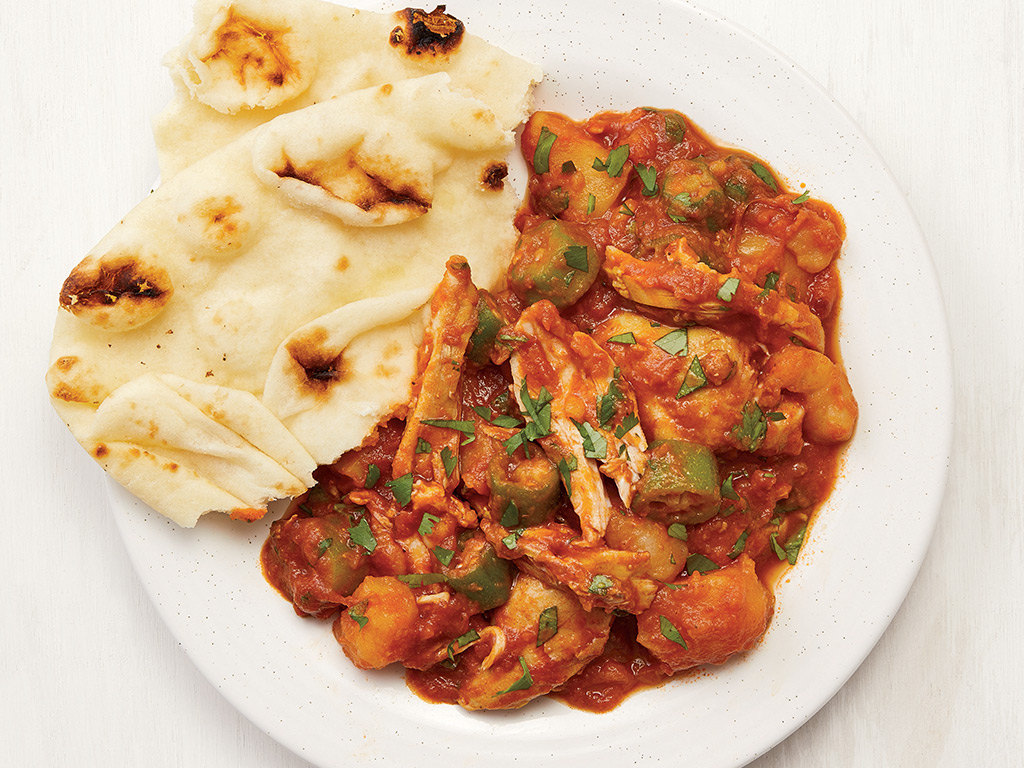 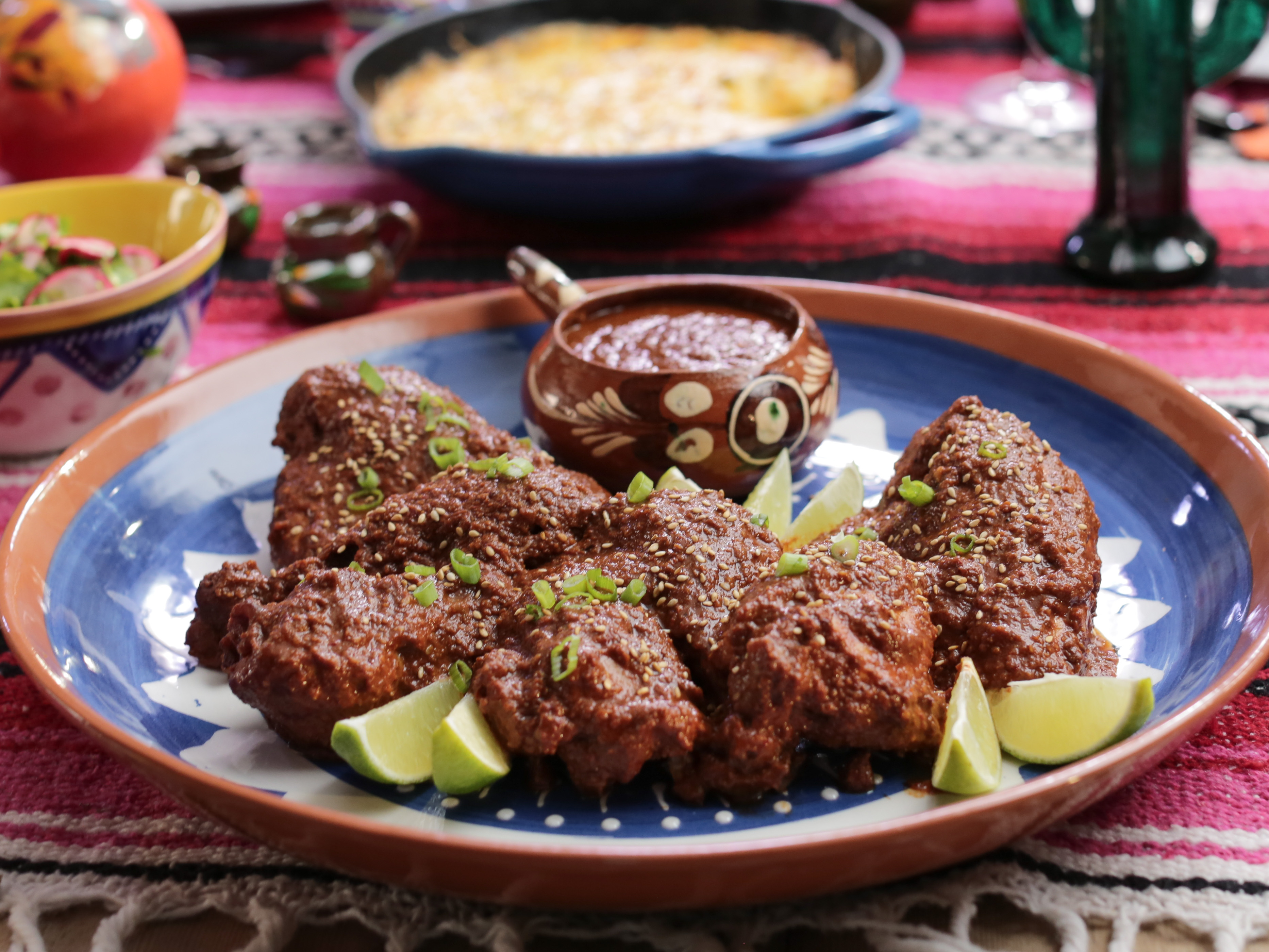 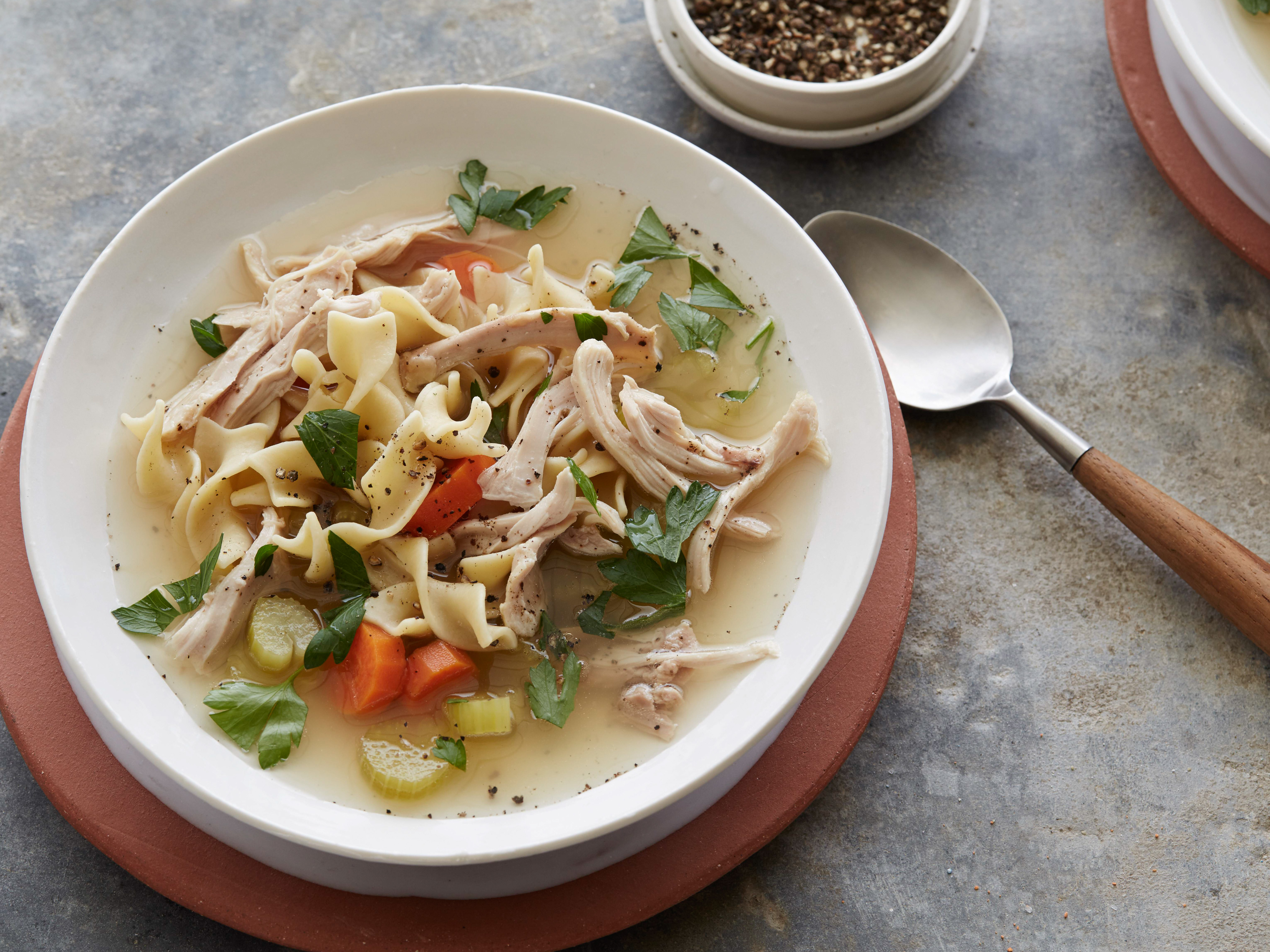 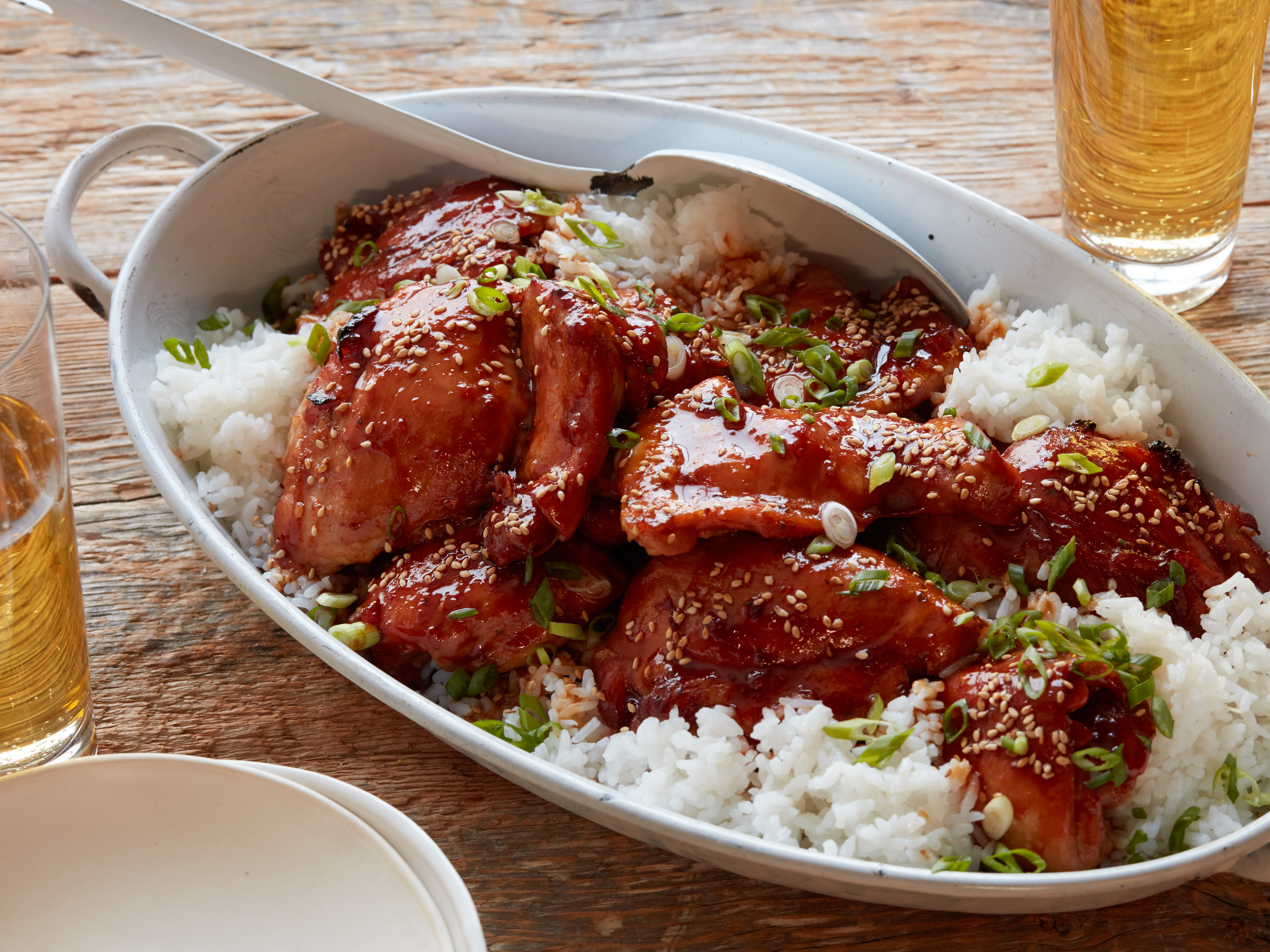 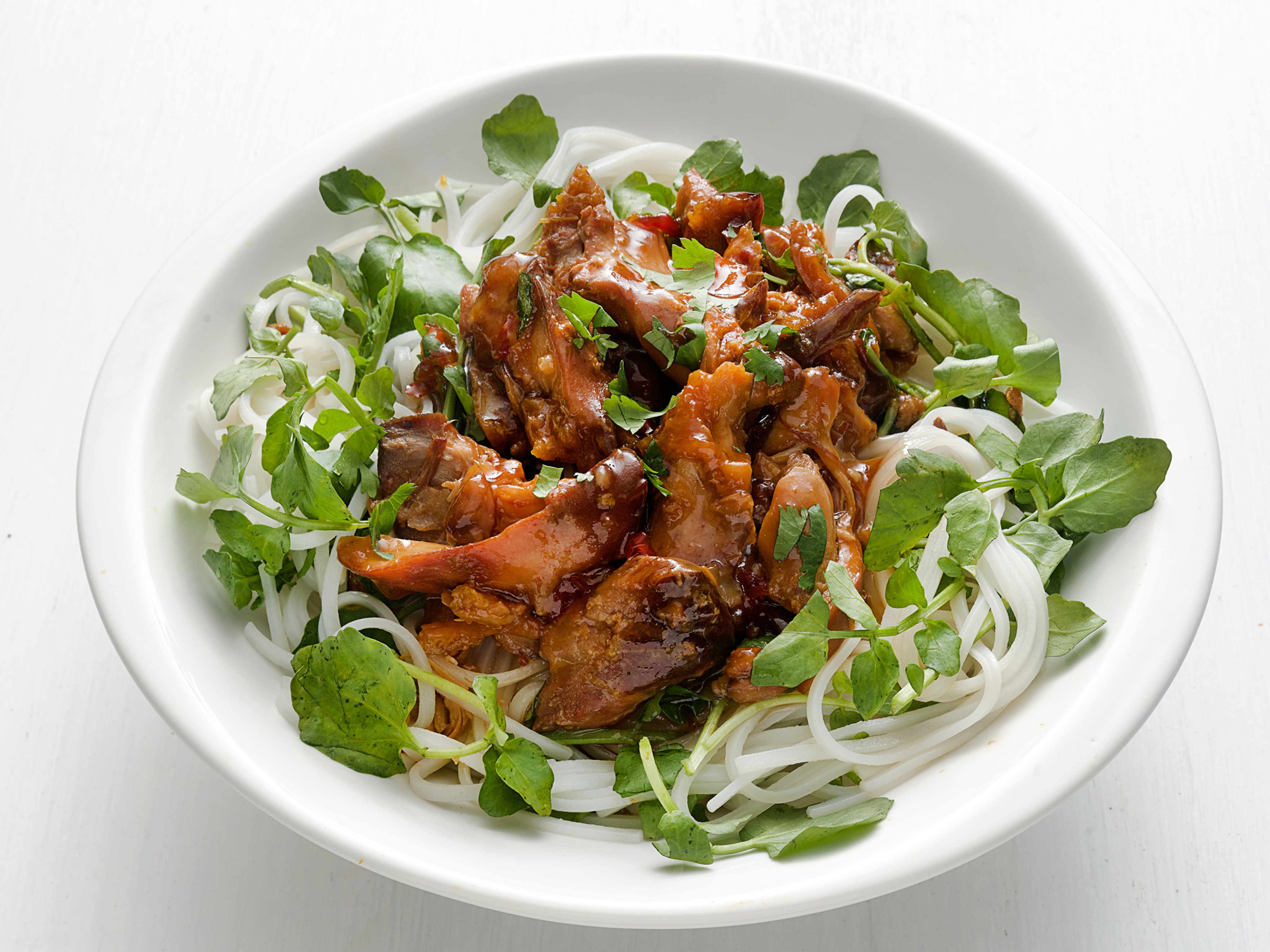 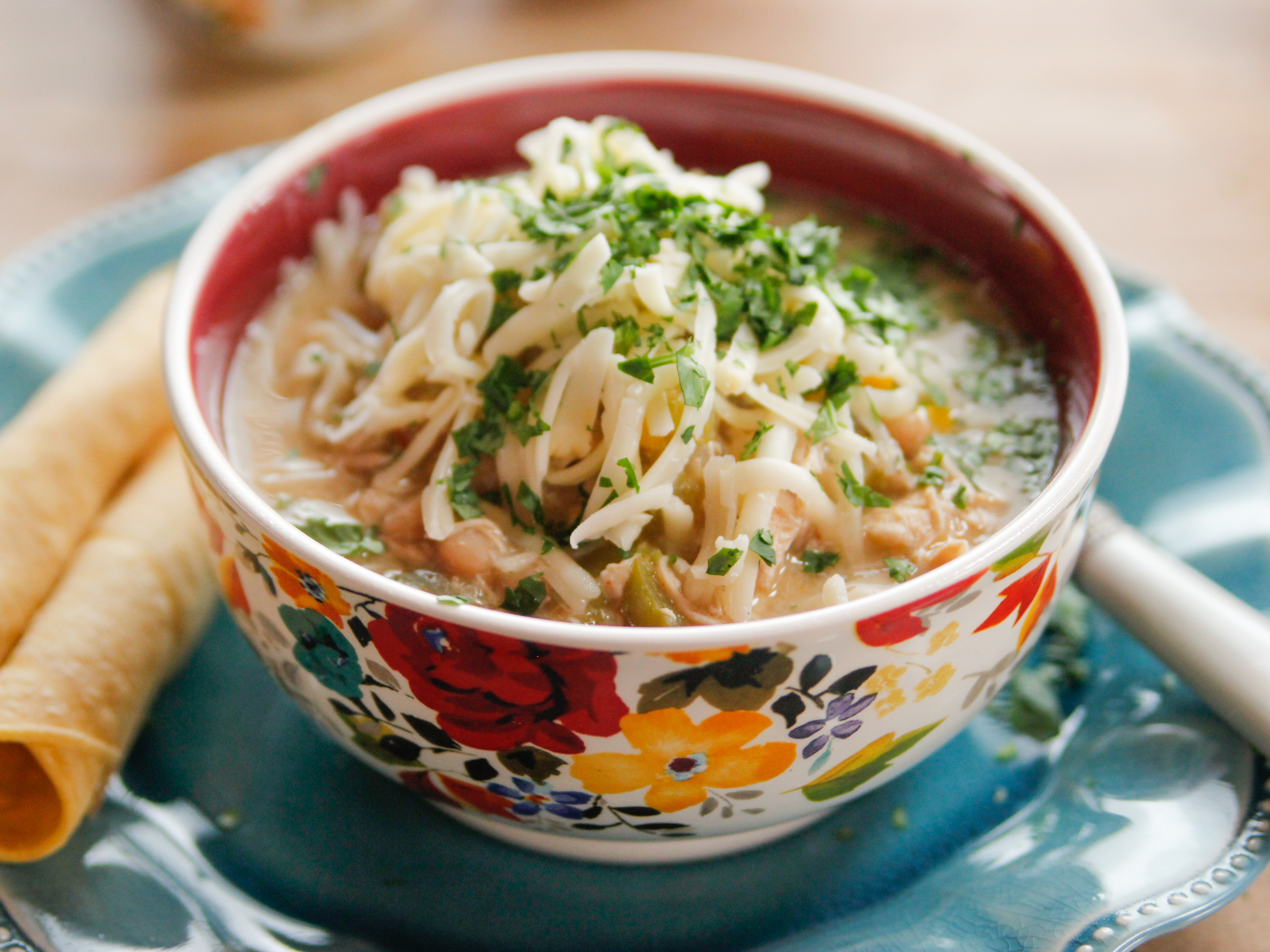 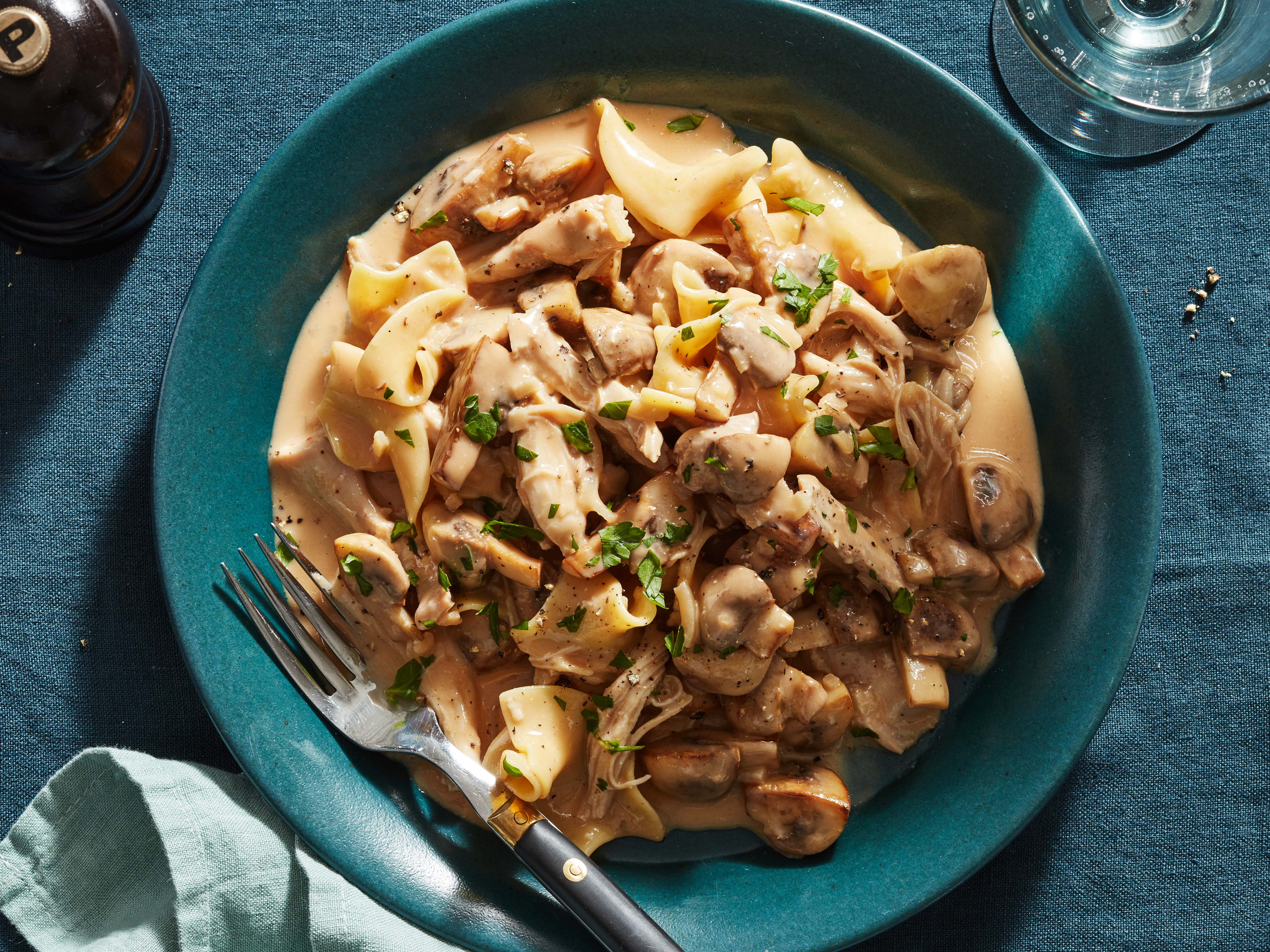 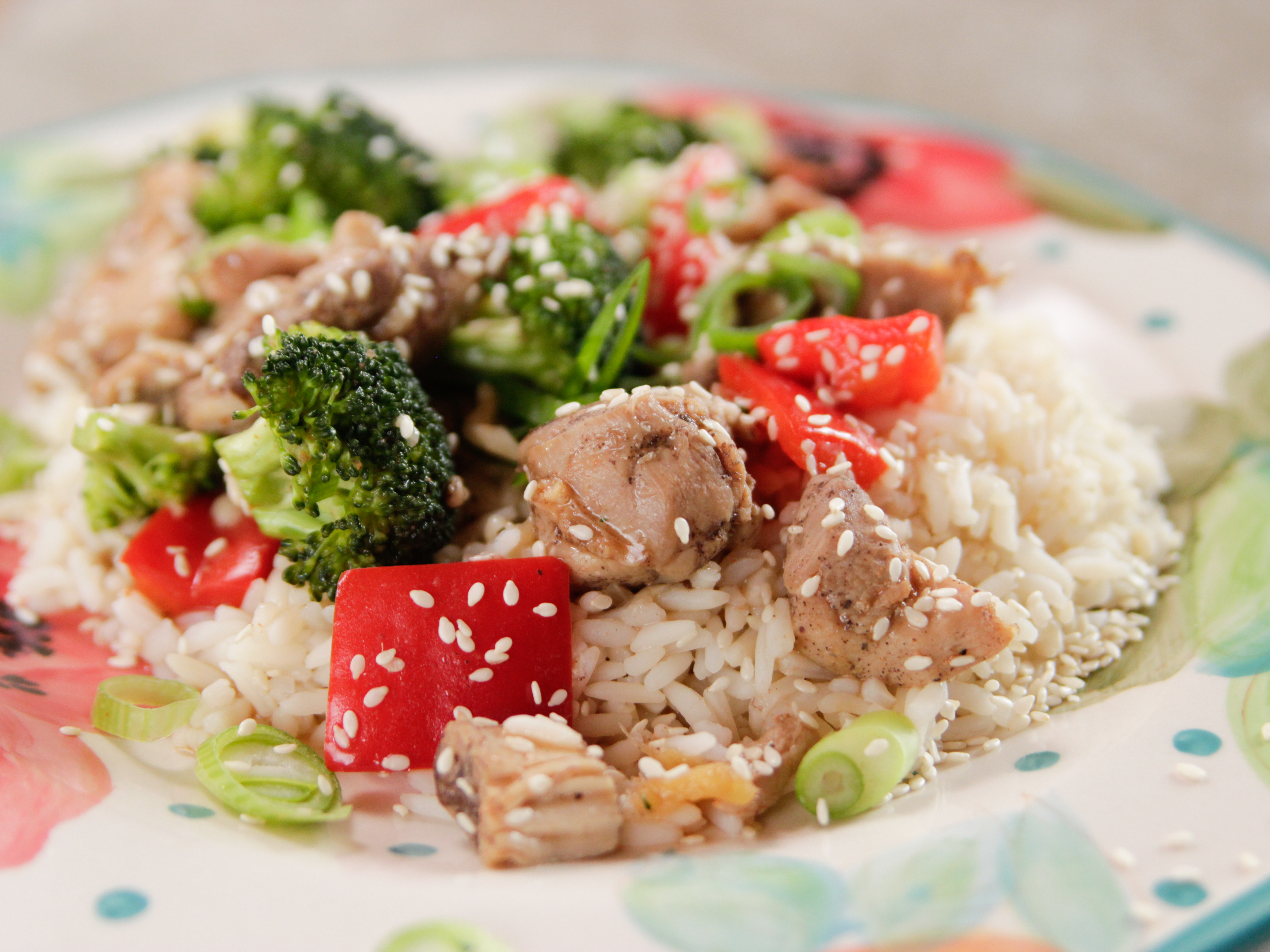 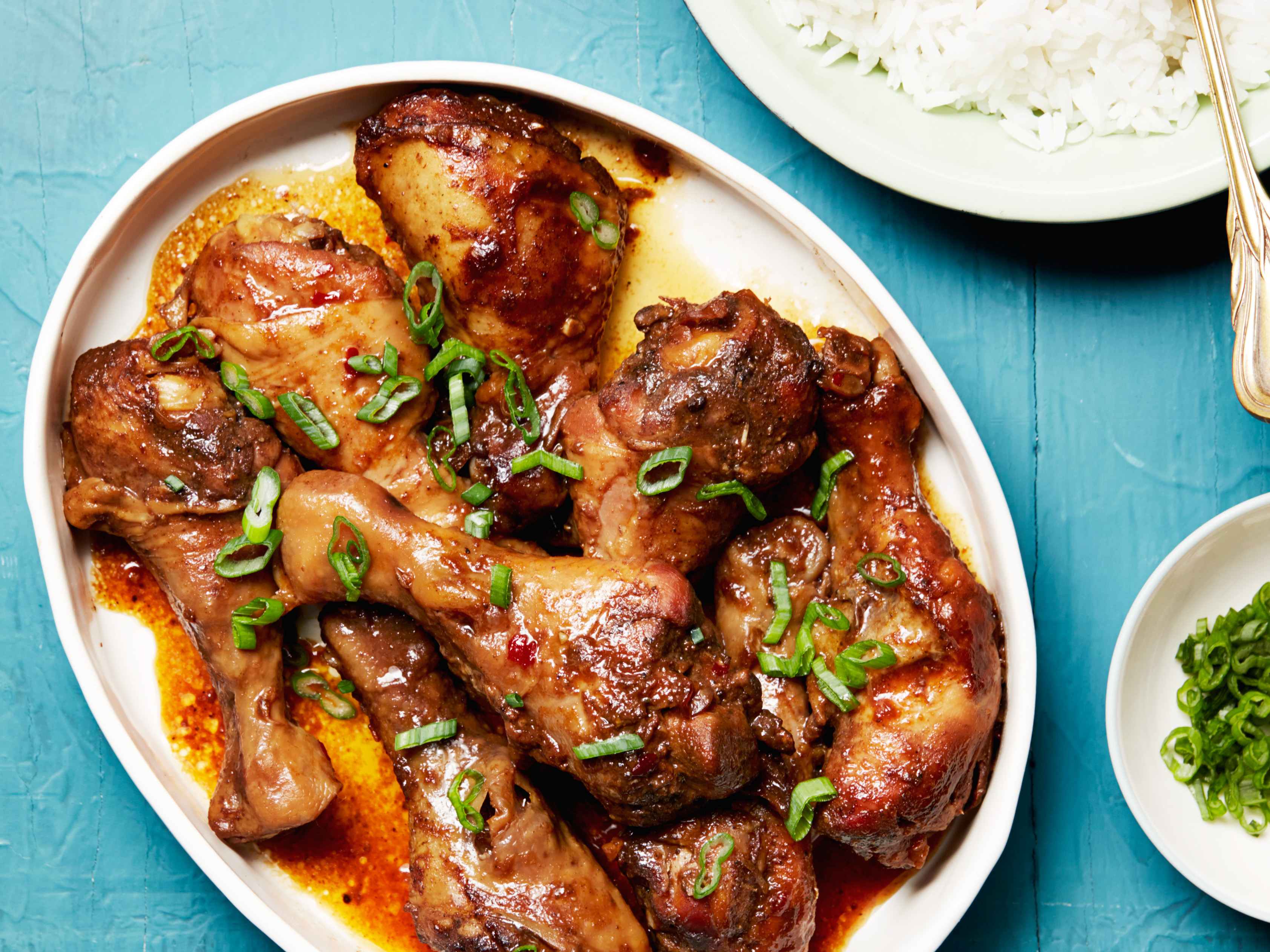 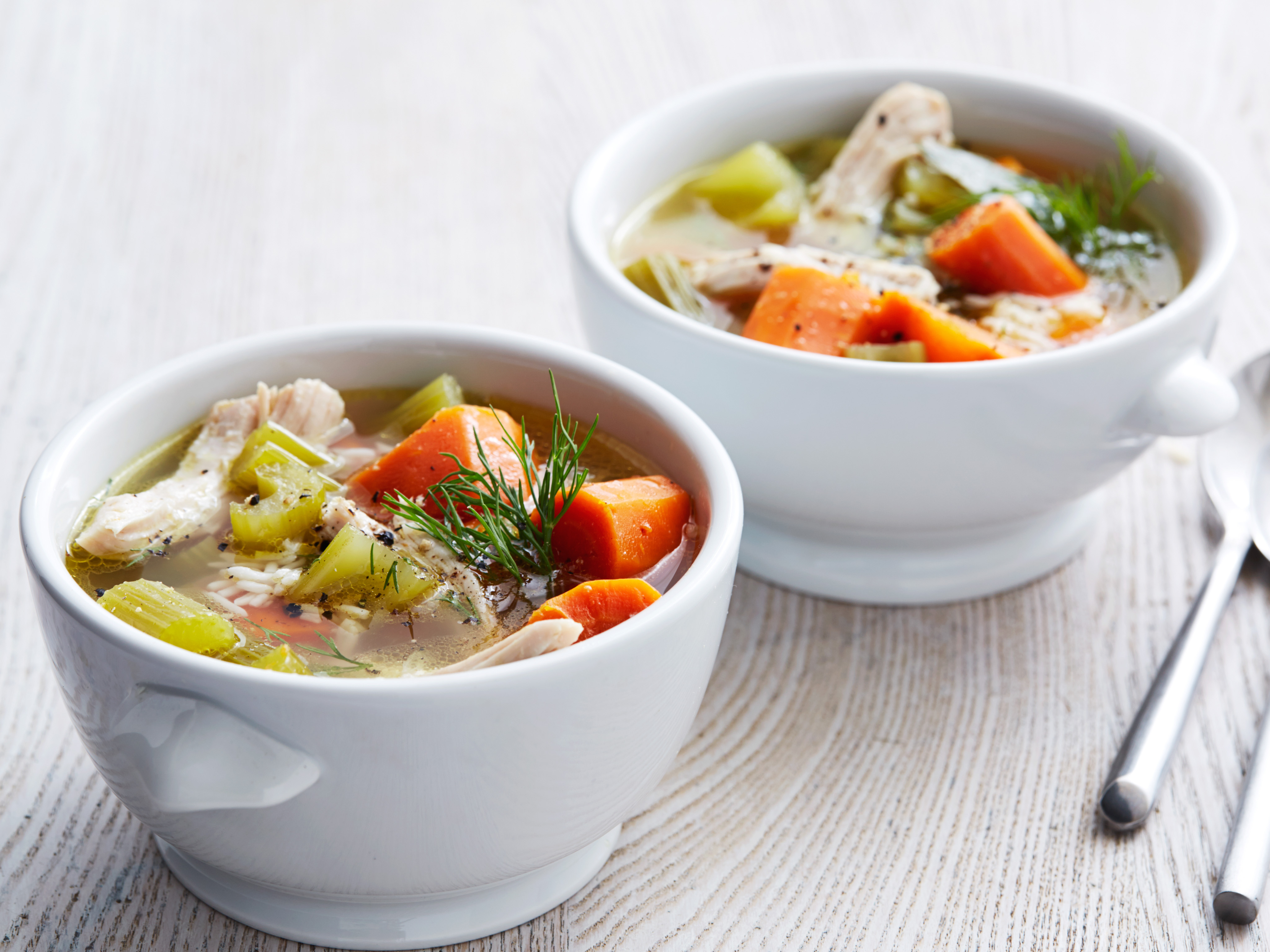 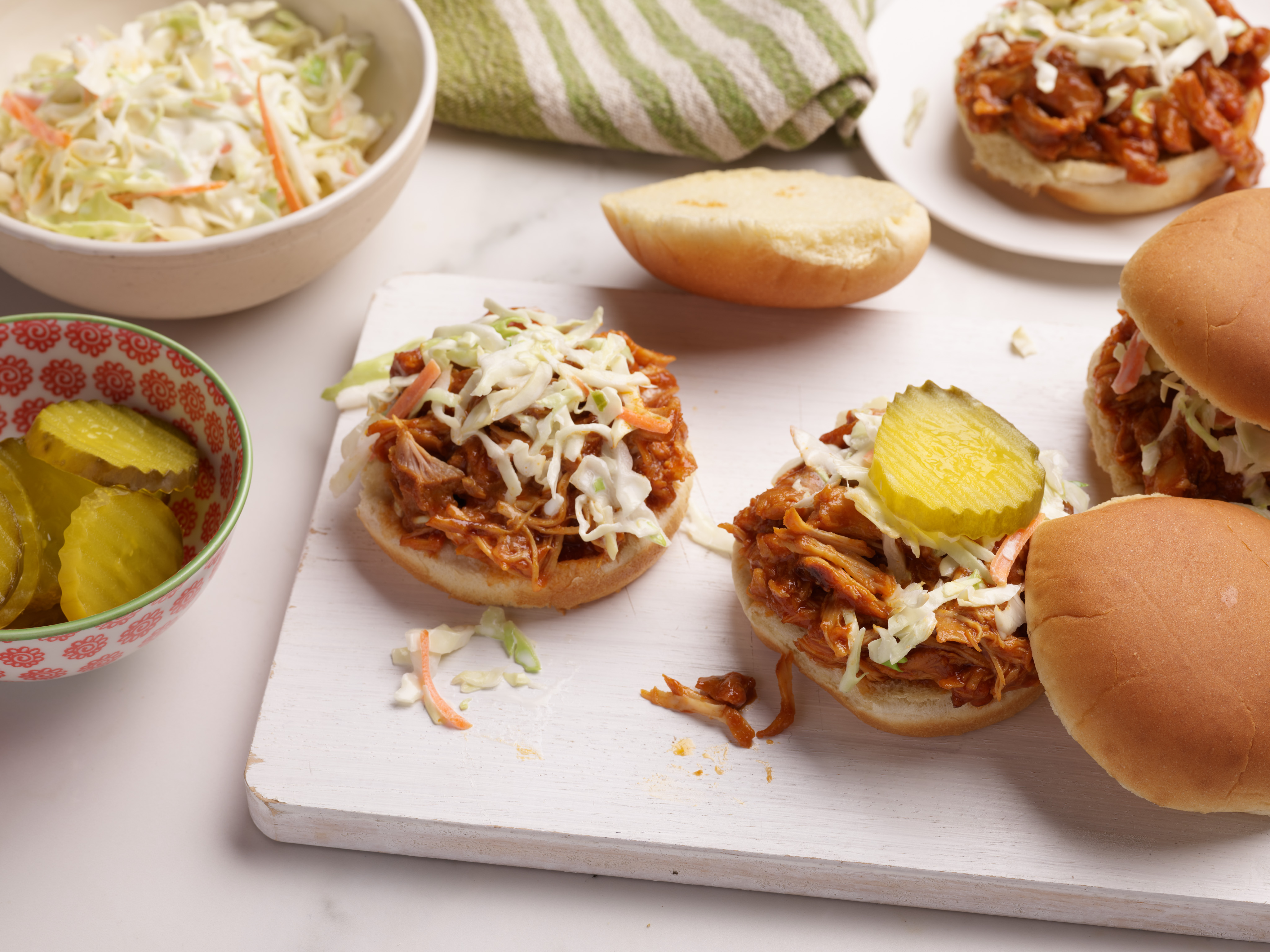 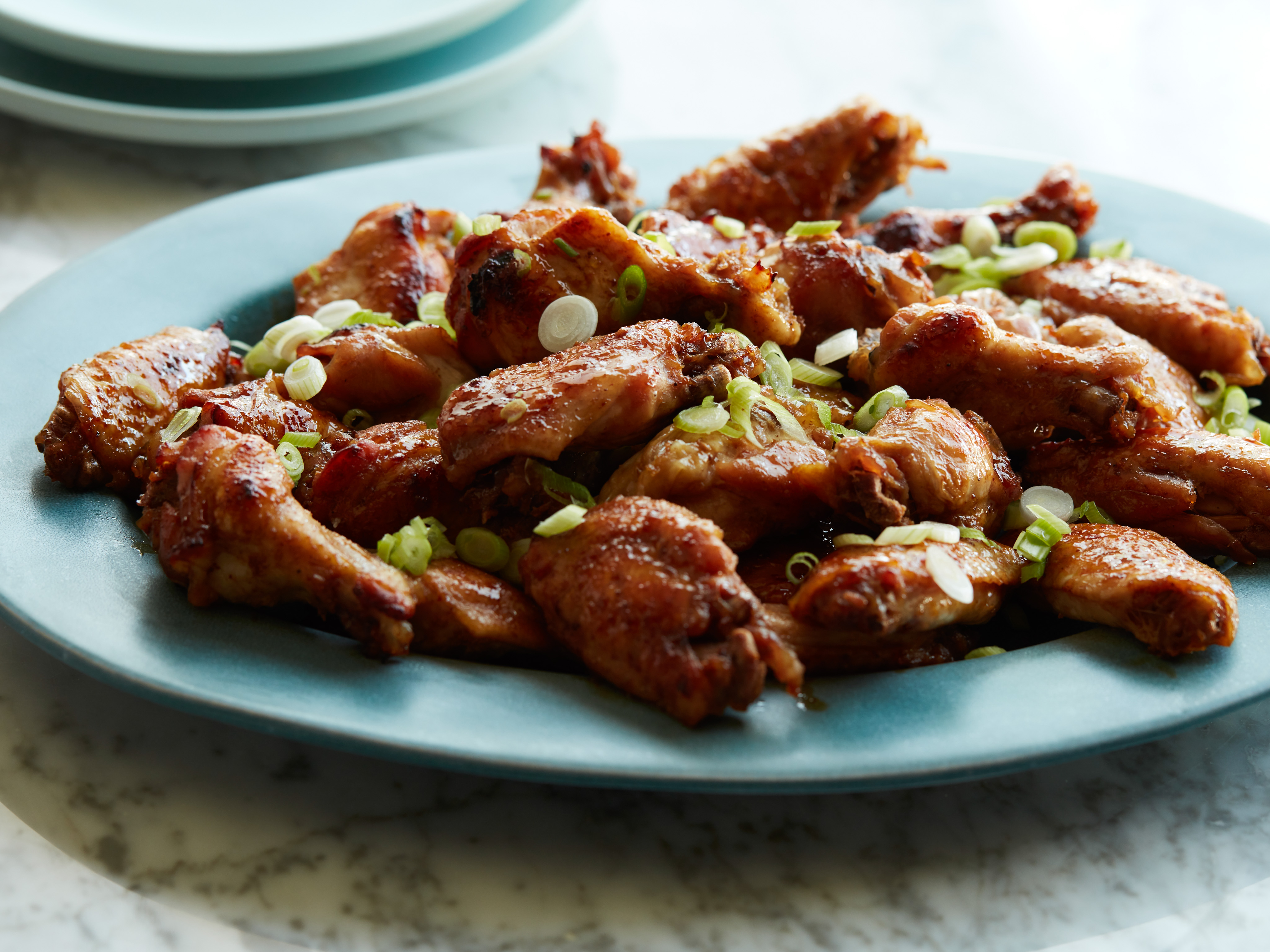 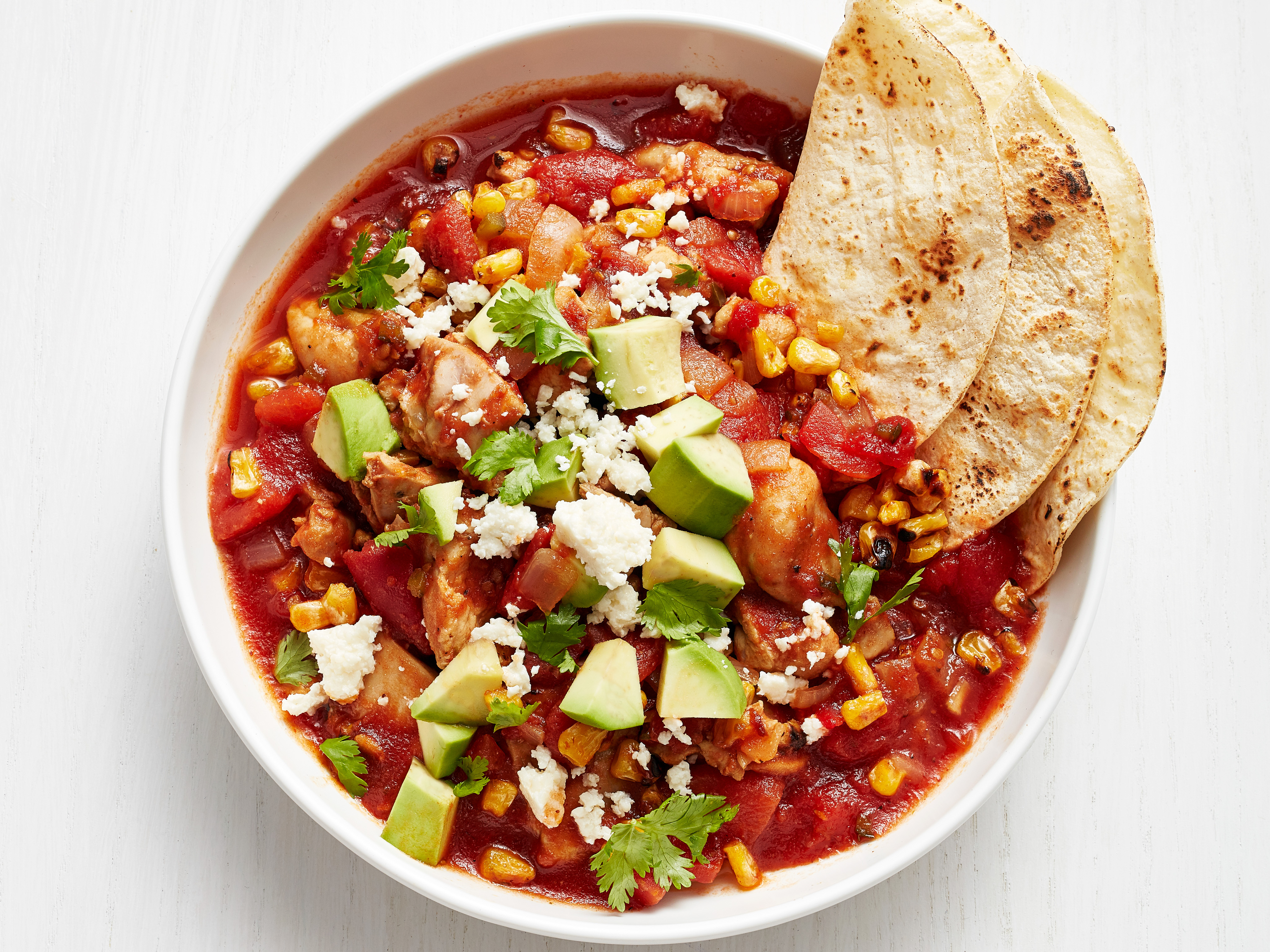 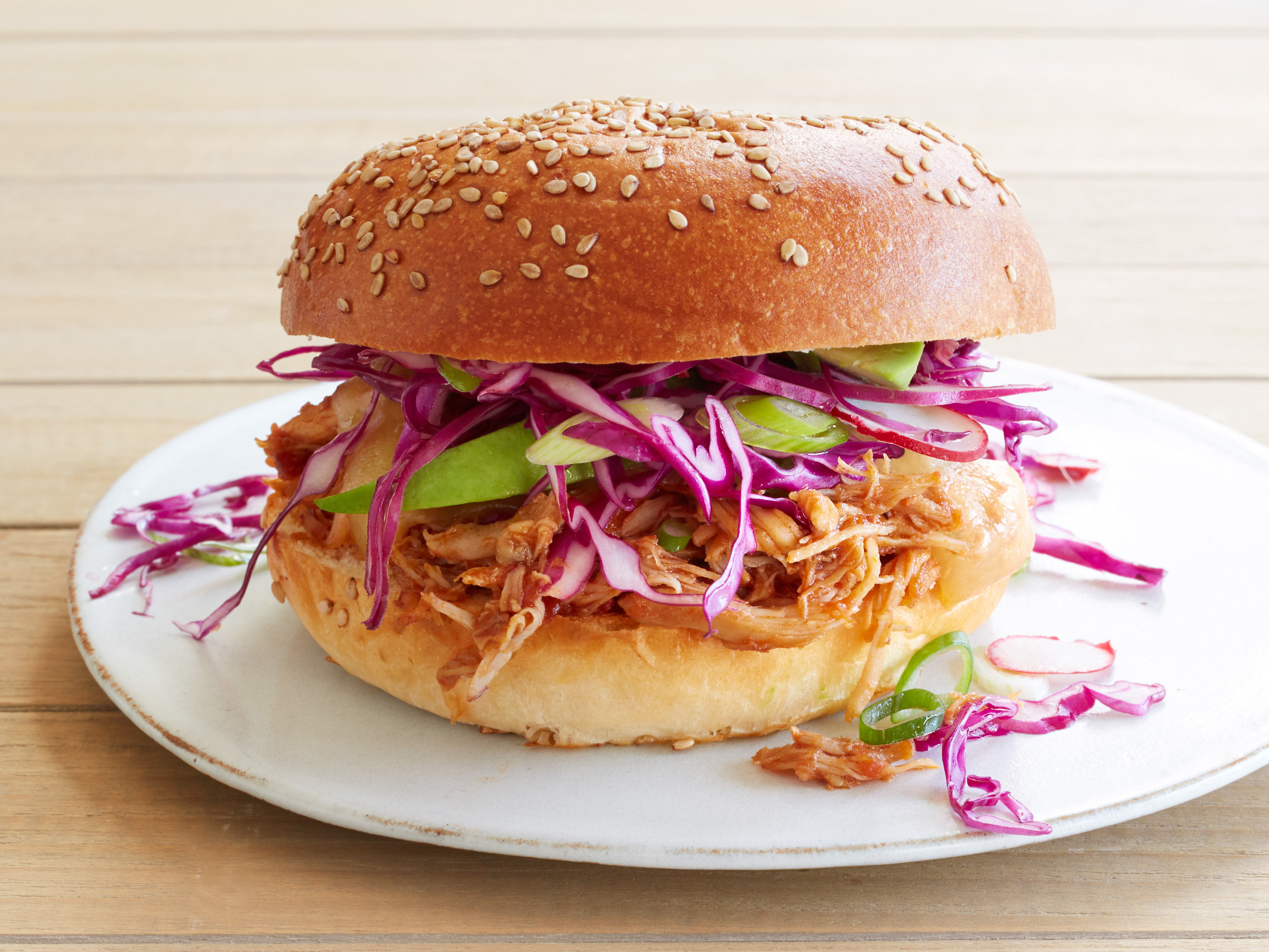 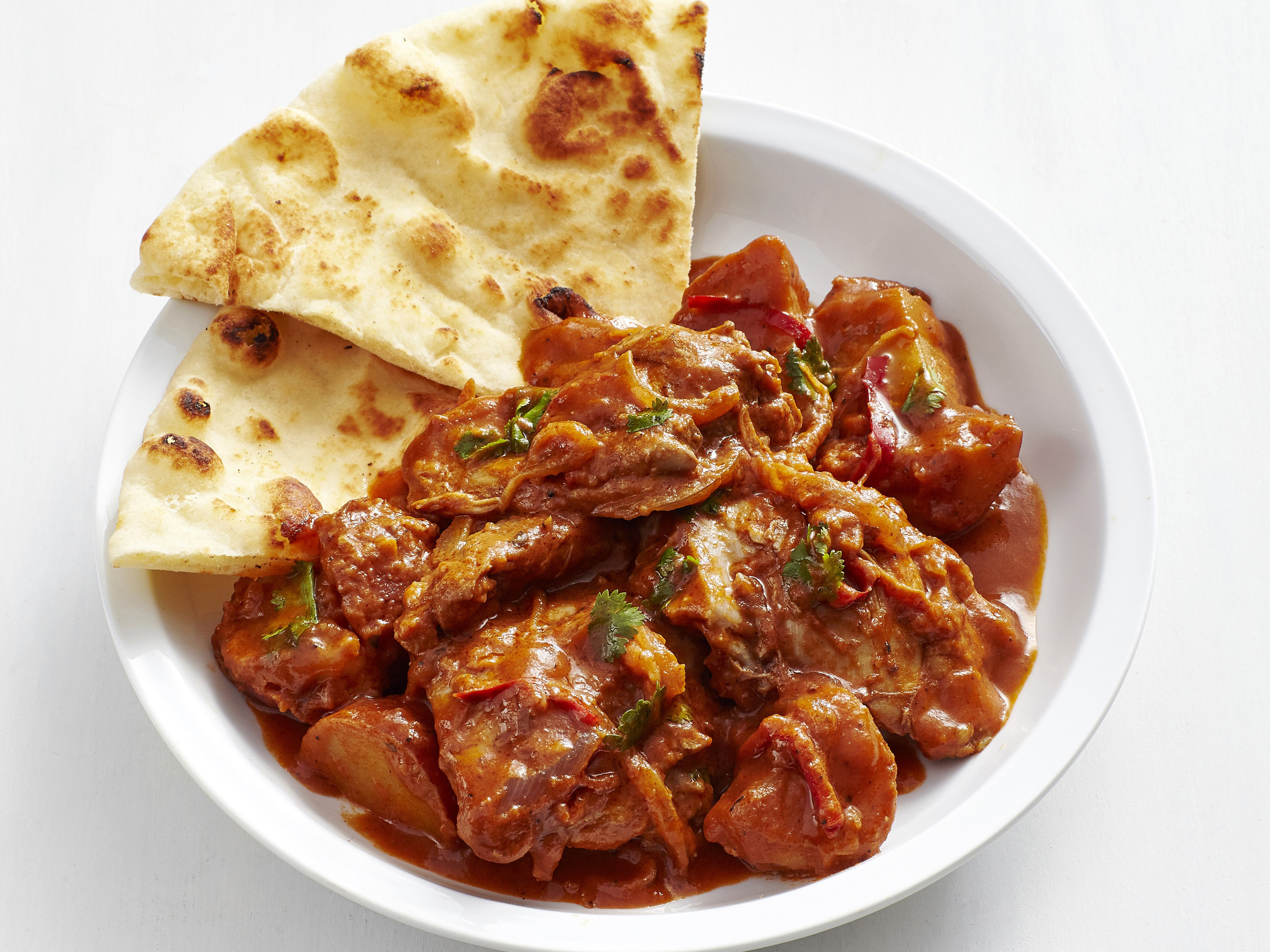 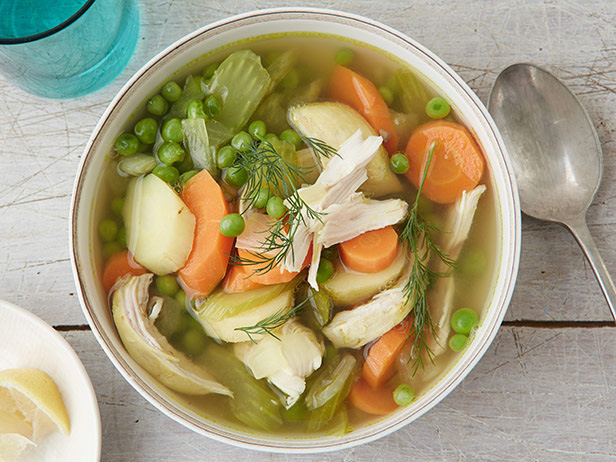 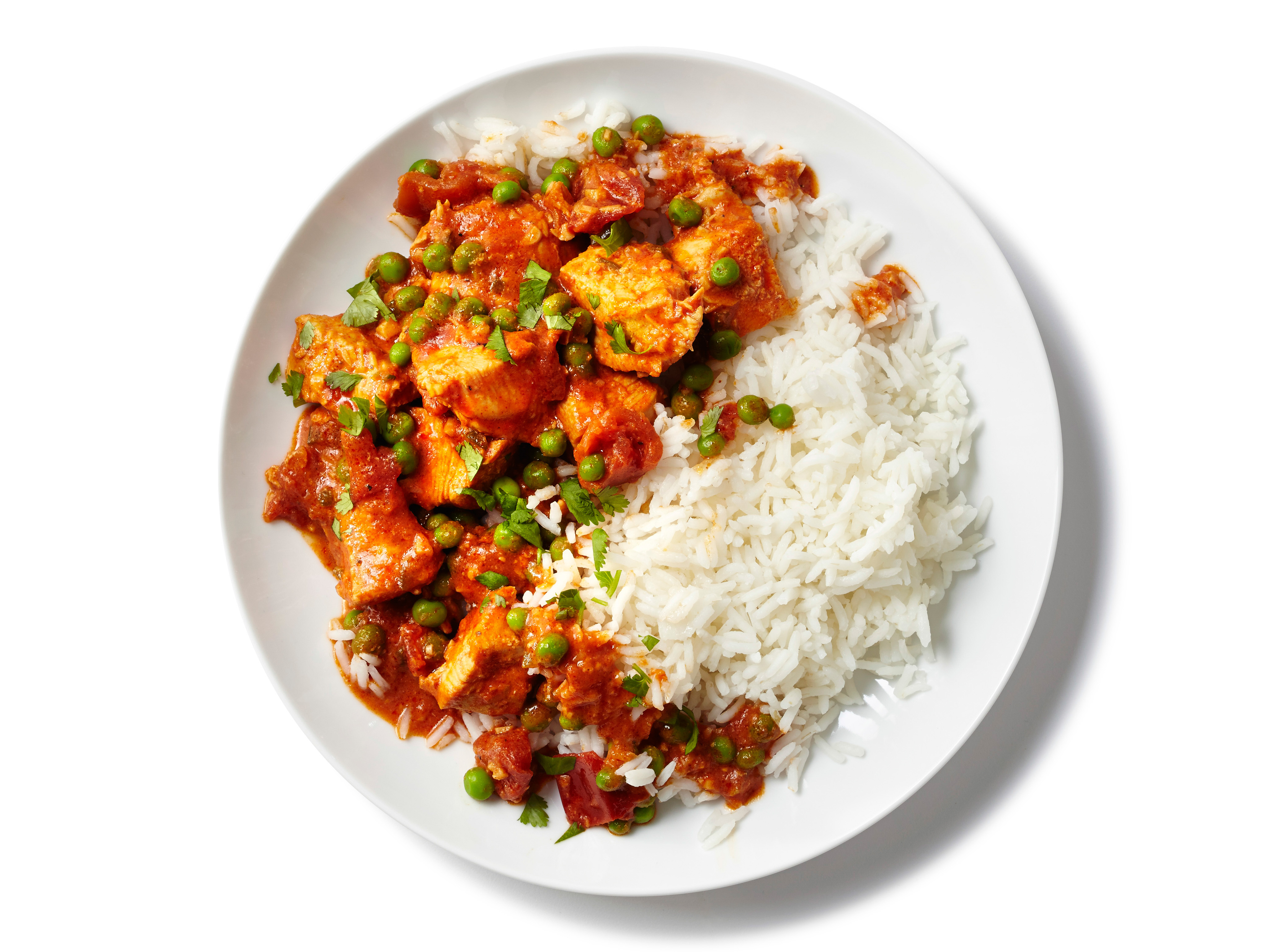 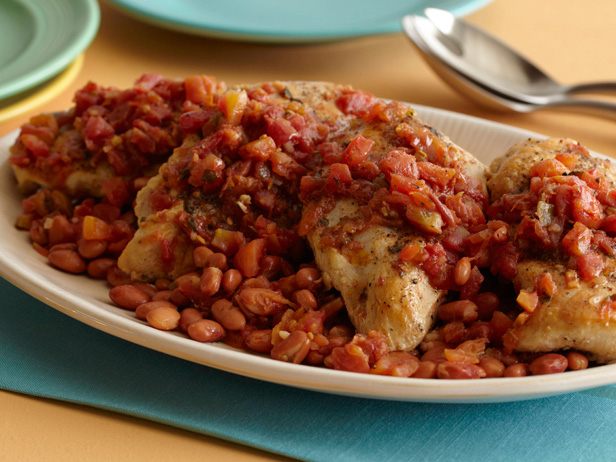 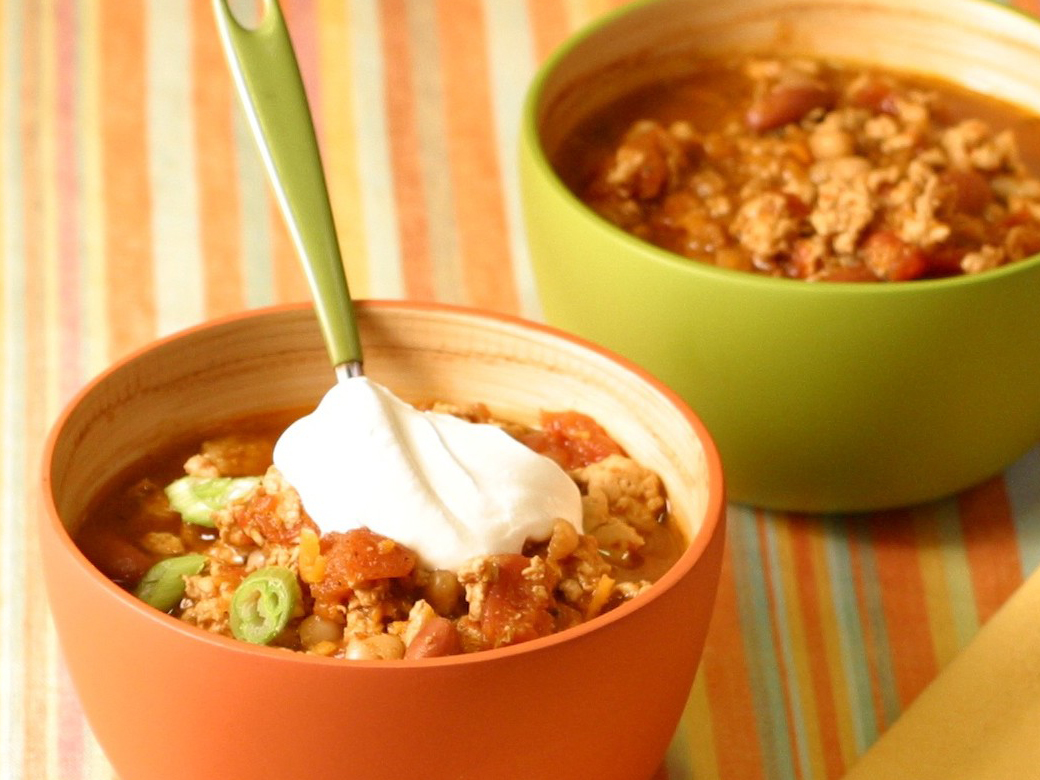 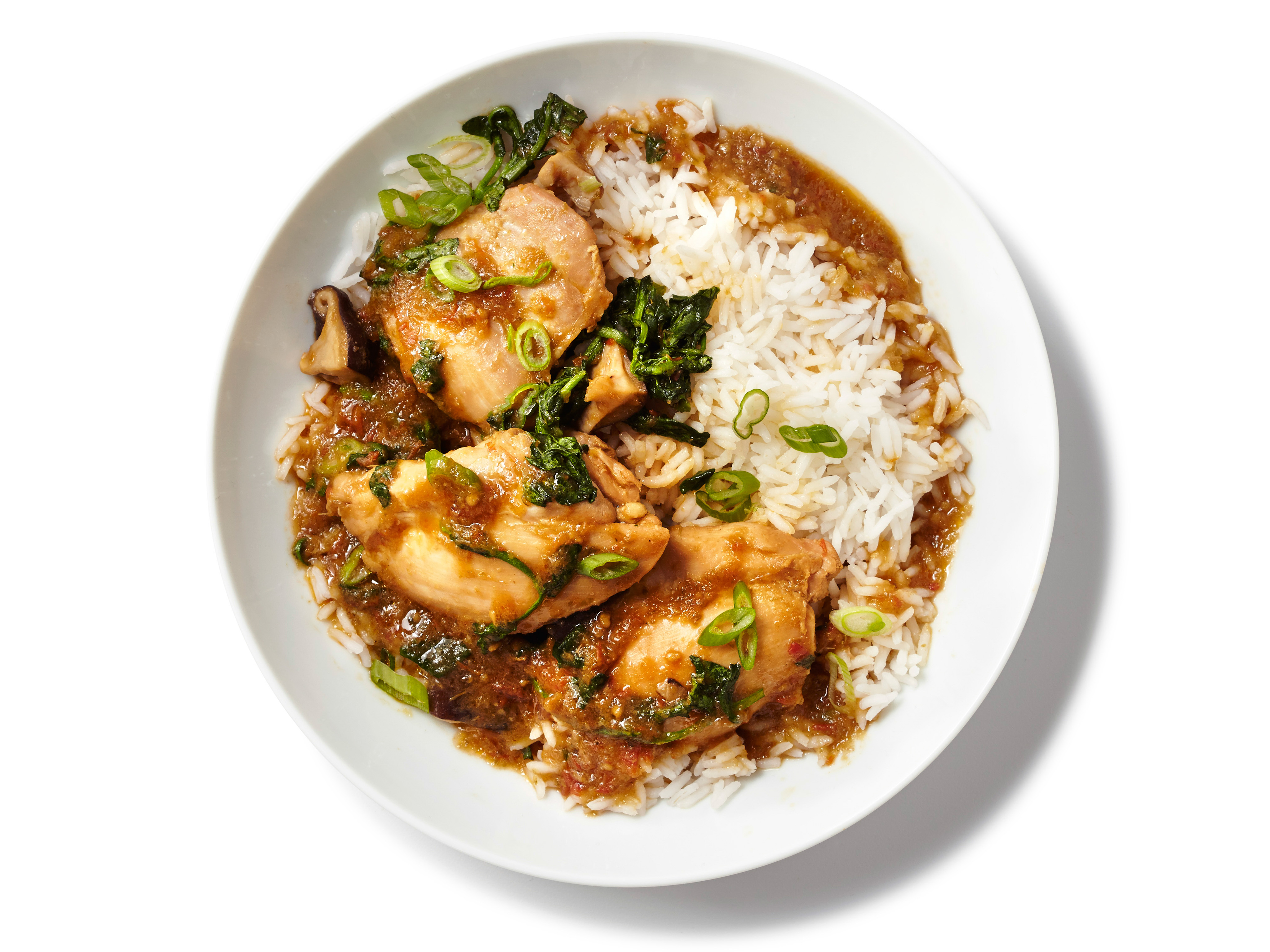 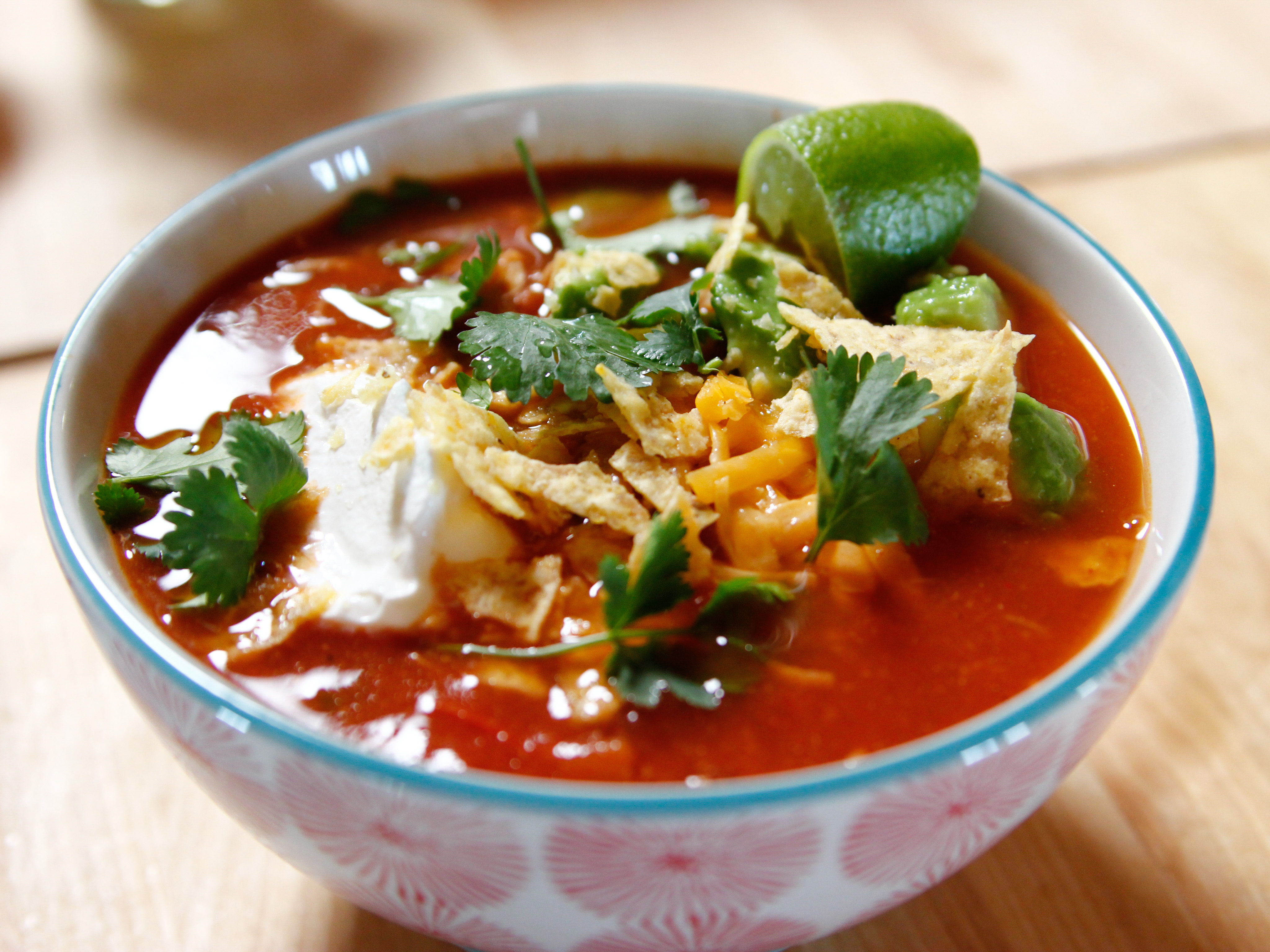 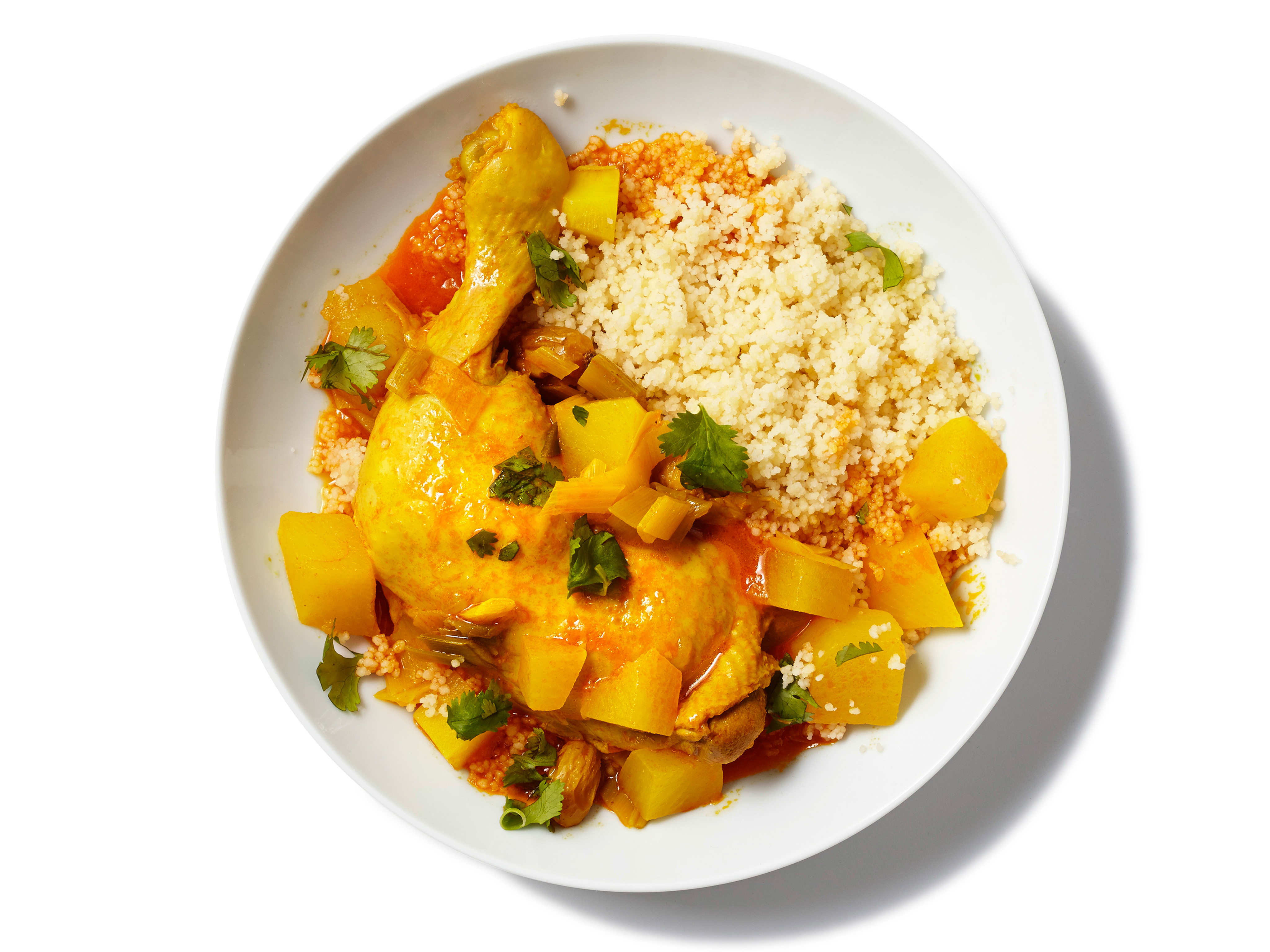 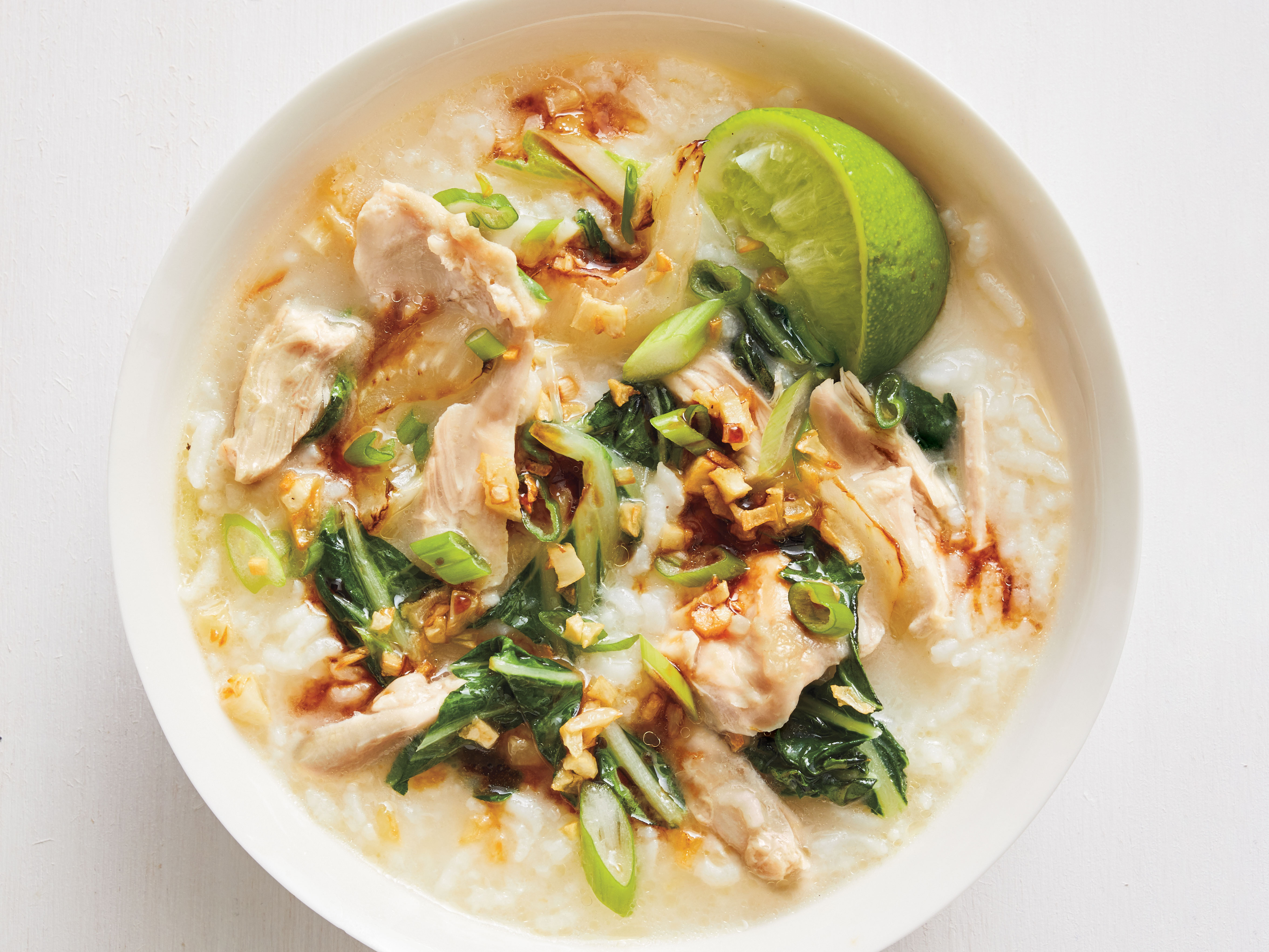 This no-fuss whole chicken is moist and tender. We rub it in spices and prop it up on canning lids, suspending it above the juices for a roasted effect right in the slow cooker. Piercing the skin on the bottom lets excess juices run out, allowing for even and gentle cooking. A simple homemade barbecue sauce comes together in mere minutes, perfect for slathering all over.

Get the Recipe:Slow-Cooker Whole Chicken

Forget bland, boring chicken dinners! This easy-to-make curry is loaded with flavor, thanks to the curry powder, cumin, fresh ginger and chile pepper.

Get the Recipe:Slow-Cooker Chicken Curry

Making the mole sauce for this recipe takes a bit of prep and planning but you’re going to be so impressed with the result. The combination of chiles, chocolate and fragrant spices give the chicken so much flavor that you’ll wonder why you ever ordered Mexican take out!

Get the Recipe:Slow-Cooker Chicken Mole

This slow-cooker version of the classic soup is super-easy to make. Chicken thighs are best here, as they’re less expensive than breasts and tend to not dry out. If you like, skip the noodles and stir in your favorite cooked grain at the end.

Soy sauce, honey, garlic and ginger (along with the natural juices of the chicken) become irresistible sauce to serve over chicken thighs and rice. If you like a thicker sauce, simply add cornstarch at the end and cook a little longer.

Get the Recipe:Slow-Cooker Chicken Thighs

A little bit of flour helps the sweet-and-savory sauce for this chicken thicken up as it cooks. It’s a simple trick — that works every time.

The Pioneer Woman gets a head start on dinner by loading the makings of a core-warming white chili into her slow cooker. Brimming with chicken, beans, sweet corn, peppers and spices, it’s best served with a dollop of sour cream, extra cheese and cilantro, plus warm corn tortillas on the side.

Get the Recipe:Slow-Cooker White Chicken Chili

Move over, beef. Chicken is in the house. This great weeknight meal takes less than 15 minutes to prep. The slow cooker does the rest.

Get the Recipe:Slow Cooker Chicken Stroganoff

Ree’s tasty take on chicken and rice is as easy as throwing some ingredients in the slow cooker — and waiting!

Get the Recipe:Slow Cooker Chicken and Broccoli

Assemble this in the morning, and when you return for dinner you’ll be rewarded with sweet, sticky drumsticks with an irresistible sauce that thickens and concentrates as the drumsticks cook.

Get the Recipe:Slow-Cooker Asian-Style Drumsticks

Lemon and dill brighten the deep flavors of this low-and-slow soup for the soul.

Get the Recipe:Healthy Slow Cooker Chicken and Rice Soup

Chicken thighs are the ideal slow-cooker meat because they emerge tender and juicy, even after hours of cooking. The sauce is a guaranteed kid-pleaser: Rich, sweet and low on spice and tang. Make a couple of batches to keep in the freezer for busy weeks when you know you’ll have limited time for meal prep.

The key to these super flavorful, tender wings is cooking them low and slow in a sticky-sweet Chinese-style BBQ sauce. A quick trip under the broiler gives them a crispy char, just like at your favorite wing joint.

Get the Recipe:Slow-Cooker Chicken Wings

Slow-cook boneless chicken thighs in a spiced-up blend of fire-roasted tomatoes, chipotle chiles and cumin for a big-flavored, fuss-free meal. Top with cheese, avocado and cilantro for the perfect finish.

Get the Recipe:Slow-Cooker Chipotle Chicken Stew

All you need to do is season the chicken and add everything to the slow-cooker — it will do the rest! That gives you plenty of time to make the sauce and prep the toppings.

For a hands-off Indian dinner, slow cook chicken thighs in a butter-spiked, ultra-spiced tomato sauce for hours on end. The recipe’s final step is stirring in a little cream for a swirl of added richness.

Get the Recipe:Slow-Cooker Indian Butter Chicken

Curry powder is the secret ingredient in this easy slow-cooked soup. It adds to the depth of flavor and turns the soup golden yellow. Be generous with the cheese!

Get the Recipe:Slow Cooker Chicken and Vegetable Soup

We cook chicken in a blend of crushed tomatoes and spices for a dinner that full of flavor. A little heavy cream (added at the end of the cooking process) gives the sauce a nice, creamy richness.

Get the Recipe:Chicken Tikka Masala

All you need are four ingredients (not counting salt, pepper and cooking oil!) for this easy chicken dinner that gets Mexican-inspired flavors from fajita seasoning.

The best part of this chili recipe? You just toss everything in the slow cooker and let it go. But be sure to leave the chili powder until the end; this ensures that the spices remain bright and vibrant rather than dull and bitter.

Get the Recipe:Slow Cooker Chicken Chili

The watercress is a nice touch in this recipe, since it adds a mellow peppery flavor to the sweet-and-gingery chicken. If you can’t find watercress, feel free to substitute another leafy green — like spinach.

Get the Recipe:Ginger Chicken with Watercress

Break out your slow cooker to make one of Ree’s favorite soups. Canned tomatoes, chicken broth, chipotle peppers and loads of spices create the soup’s base, which is brimming with chicken and black beans.

This fragrant chicken dish is perfect for busy weeknights. Add all your ingredients to the slow cooker midday and when dinnertime rolls around, all you’ll have to do is make some quick-cooking couscous to serve alongside.

Get the Recipe:Moroccan Chicken and Squash

Chicken thighs are a great choice for slow-cooker recipes since they won’t dry out, even when they’re cooked for hours. Here, they’re paired with Asian-inspired ingredients and jasmine rice for a bowl of stew that’s both delicious and satisfying.