Losing weight and dieting is something which a person may choose to do during their lifetime, for one reason or another. Whatever it may be, it’s important to remember that your mental and physical health should take priority, before beginning a weight loss journey. Recently, Paulo Vaa, 31, revealed he had lost an astounding three stone and 13 pounds. It came after the librarian took on an eight-week challenge to overhaul his lifestyle and beat the bulge.

Prior to beginning his weight loss journey, the Instagram regular tipped the scales at 16 stone and eight pounds, wearing a shirt size XL.

But, he soon slimmed to a medium size, and weighed in at 12 stone and nine lbs.

Of course, whether a weight is healthy or not depends on a number of factors, including your sex, age, and height.

So, how did Paulo get trim?

He had previously been living a relatively active lifestyle, attending dance classes and cycling to work.

But, after his weight had crept up, the librarian found himself overweight and unhappy – prompting his lifestyle switch-up. 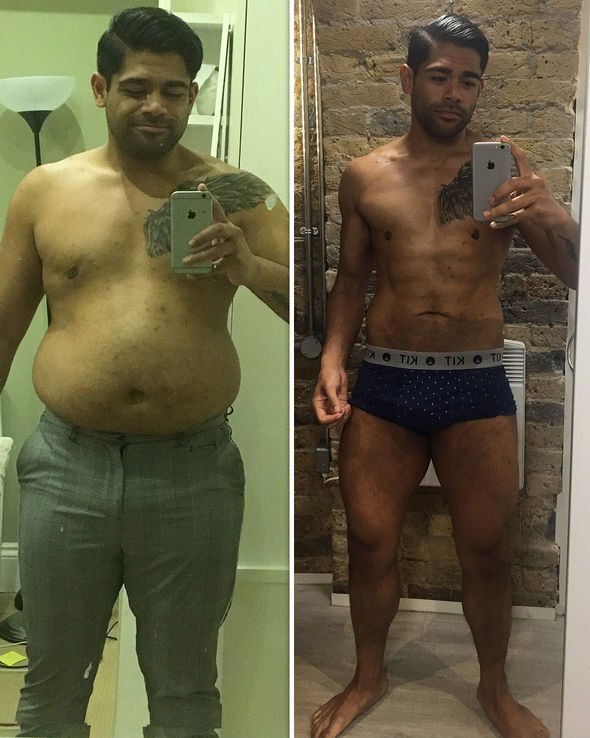 Weight loss can be achieved by eating a balanced, healthy diet and exercising regularly

Despite initial nerves, Paulo soon felt the benefit of working out.

After his first few sessions, he noticed the he was starting to feel like himself again.

It was then that the signed himself up for the F45 Eight Week Challenge.

As well as signature work outs, this saw him following a comprehensive fitness and nutrition plan. 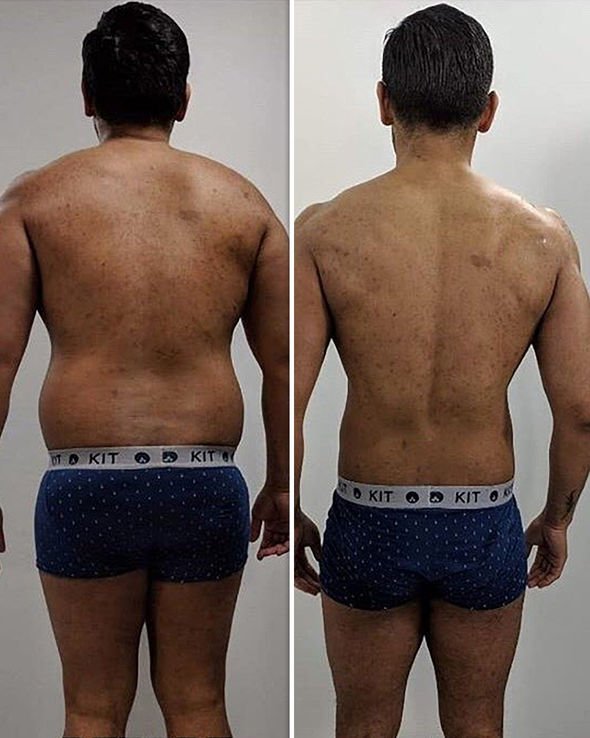 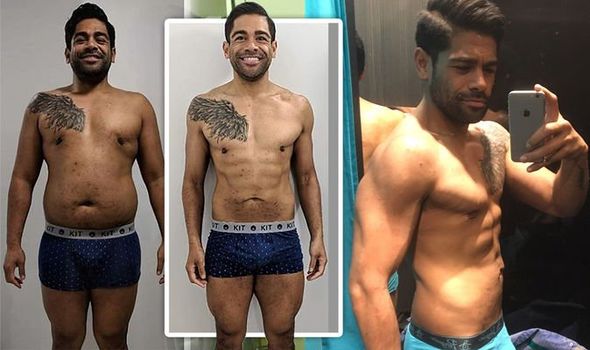 Paulo switched up his meals, no longer tucking into lunch time meal deals and takeaways, but instead preparing healthy, home cooked meals.

The librarian slotted his work outs in in the morning too, attending morning classes before heading to work.

And, as well as losing weight, Paulo’s efforts saw him tone up too – with transformation photos showing his visibly more defined abs.

Another person who has unveiled the weight loss results is Tom Kerridge, who previously lose 12 stone. How does the chef stay in shape?