From confidence to beating health problems, weight loss transformations are much more than the before and after photos. Rather, these significant weight loss journeys can dramatically change a person’s life. For Tom Kerridge, now 45, he realised he too needed to overhaul his life, having been weighing in at nearly 30 stone, ahead of his 40th birthday. Despite his 6 foot 3 inches stature, this meant that the Michelin-starred chef was considered obese.

And with the milestone in site, Tom decided that he ought to make a dedicated effort to slim down.

Determined to put his health first, the father-of-one made a bid to ditch his unhealthier habits – which saw him cut alcohol out of his diet altogether.

He also began to follow the “dopamine diet” – a lesser-known slimming plan.

Dopamine is known as the happiness hormone, which is a chemical that’s released from the brain when we experience pleasure.

The hormone is also created by the body after eating amino acid-rich foods. 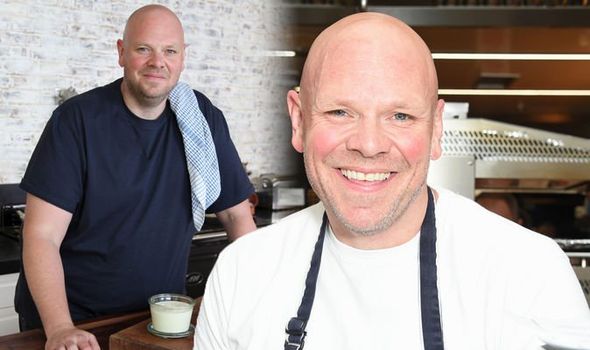 Tom Kerridge on his weight loss

Tom also cut down on his intake of carbohydrates, as well as starch.

The chef has revealed his favourite “dopamine-rich” foods in the past.

And, it seems that hot sauce, herbs, and stock cubes are a top choice for the chef to add flavour or texture to his meals.

To add flavour to his offerings, Tom’s diet-friendly trick is in fact the use of cream alternatives. 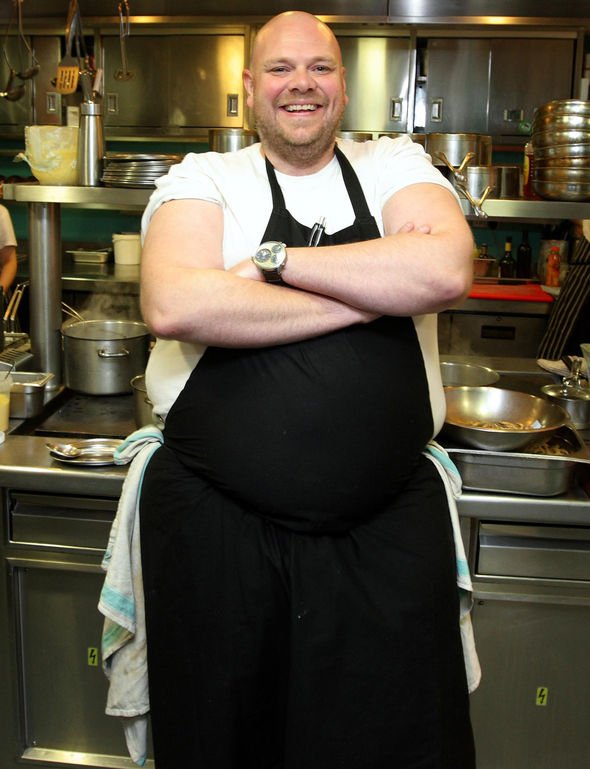 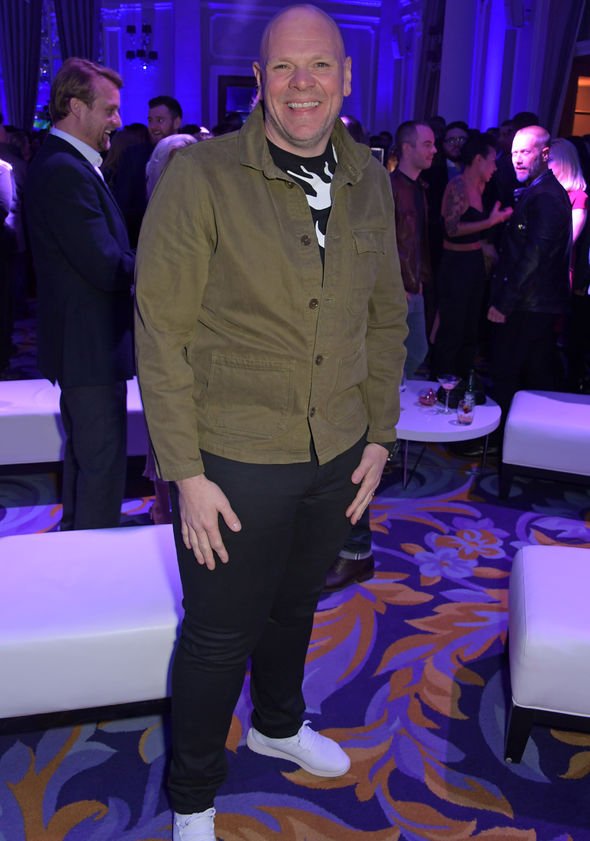 As a chef, was it difficult for Tom to continue cooking his delicious dishes while trying to shed the pounds?

He insisted that his decision to cut out carbs and alcoholic drinks means there was no reason to drastically switch up his top recipes.

In fact, in an interview on the ITV show Good Morning Britain in the past, Tom said of his diet: “I didn’t need to alter it at all.

“I still cook in butter. I just cut out starch, carbohydrates and alcohol. That’s it. No pasta, bread or rice – and no drinking.

“Drinking on diets isn’t good – and that’s on any diet. It’s not a calorie thing or the sugar content, it’s the mindset.”

Eating more protein, particularly at breakfast, is another weight loss tip which could help you to shed belly fat.