Home » Health & Diet » Ricky Gervais weight loss: The Office star on why he can’t slim down

The 58-year-old comedian has spoken candidly about how he’s always been a bit ‘chunky’, but the star successfully slimmed down back in 2016. However, the TV mogul has admitted the weight has started to creep back.

Talking on The Tonight Show with Jimmy Fallon, the After Life writer argued back when the host remarked that he looked well.

“I’m getting fat again!” he admitted, before explaining why he was struggling to keep the weight off.

“I didn’t want to give up any food or drink, so I worked out,” said Ricky, who initially shaped up by taking up exercise.

Now he’s finding his age is getting in the way. “Because I’m old and weak, I can’t work out enough to burn off the calories I take in at night,” the actor continued. 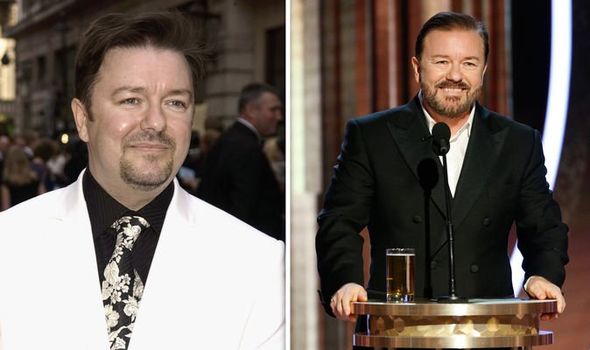 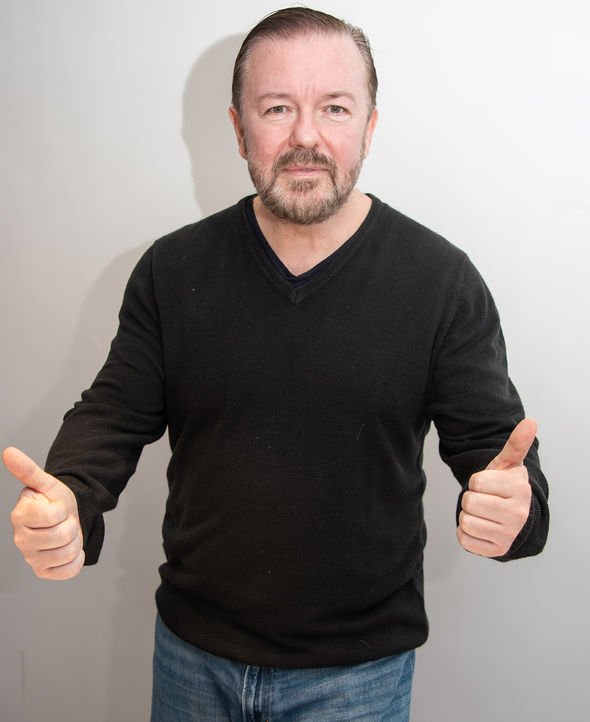 The BAFTA winner said he’d already noticed that he’s put on weight. “I’m still eating and drinking too much but I can’t work out like Rocky, I’ve put about 10 pounds back on.”

Sharp-tongued Ricky is well known for his fat jokes and for making light of being overweight, and went on to say there’s no such thing as being ‘big-boned’.

However, while he knows he needs to watch his weight for health reasons, he said he had no intention of giving up the things he enjoys.

“What’s the point in living longer if you’re sober?” the actor quipped as the audience cheered him on. “I am just going to get bigger and bigger.”

DON’T MISS: Martin Freeman net worth: How the actor made his huge fortune

Ricky Gervais: The staggering fortune the comedian has in the bank

Who Wants To Be A Millionaire viewers in meltdown over Mark Labbett’s appearance: ‘Wow’

Gervais is under no illusions about what he needs to do, though, and hit back at a school in the UK which had announced it wanted to ban the word ‘obese’. He said of the idea: “Don’t ban the word, go for a run!”

The Golden Globes host, who is estimated to be worth £111.5 million, has previously said he wished people had told him he was fat so that he had done something about it sooner.

“I’ve never had a problem with weight. I was thin until I was about 29. Then I hit 30 and there was a decade of eating and drinking,” he told The People.

“I’ve just always liked eating. Losing the weight wasn’t a problem. I just decided I’d work out and slim down ­because I didn’t want to die.” 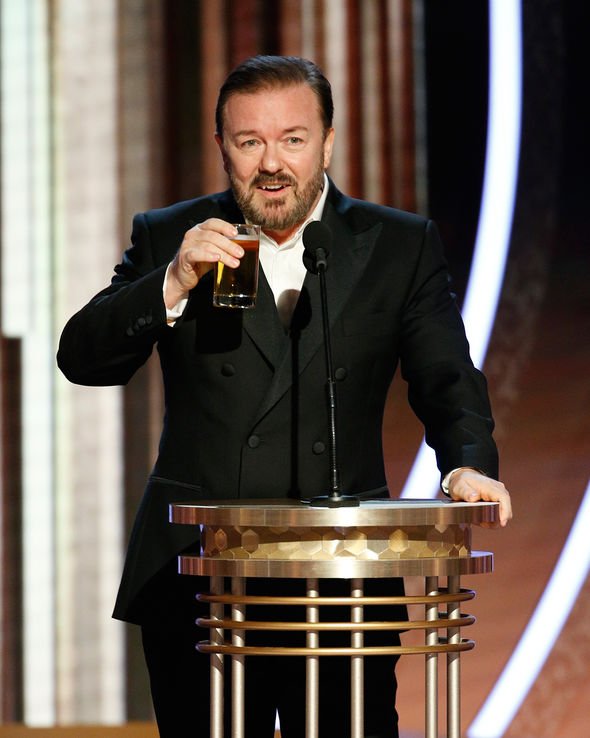 The funnyman said at the time that it was easy as he had a gym in his house, which allowed him to then keep what he loved in his diet – particularly wine and cheese.

“Every morning I have red wine coming out of my pores, I feel a bit sick – and then I think I have to work out for an hour now to burn off all those calories,” the David Brent actor added.

Alcohol is one of the key habits he’s not willing to give up, even if it means he can’t shed the pounds.

In fact Gervais regularly posts a close-up photo of wine on his Instagram. 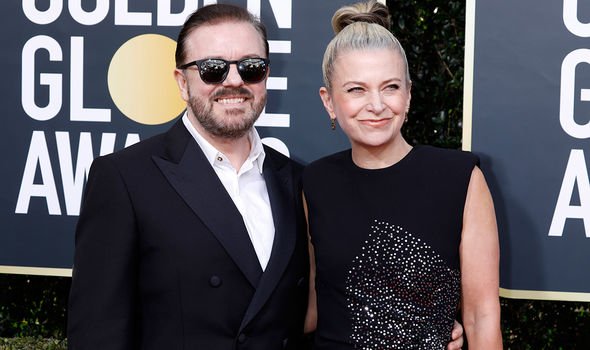 “Stay well. Take vitamins. Wash your hands. Don’t be selfish. Make sure an elderly relative has everything they need. Some are too proud to ask. Be sensible. Drink at home. Everything you love doing you can do in a few weeks. Cheers,” he wrote recently in response to the coronavirus lockdown.

Despite his lack of motivation, he doesn’t believe in getting surgery and says he wouldn’t want to ‘cheat’ in that way.

However, perhaps the Hampstead-based celebrity is happy to stay a little overweight, as he recently told New York Times magazine that it was the secret to his success in comedy. “Before I could do it I had to learn to relate,” he said in the interview.“Getting fat and old and ugly helped with that.”