As an ex fashion model and cover girl, it’s no surprise that First Lady of the United States Melania Trump knows how to look after herself. Slim Melania, who married the now President Donald Trump, 73, in 2005, still has an enviable figure that wouldn’t look out of place on a catwalk even though she celebrated her 50th birthday last month. But what are her diet secrets?

Slovenia-born Melania revealed all in an interview with GQ in 2016 – and aside from having a balanced diet, there’s one healthy goal she aims for every day.

The First Lady admitted that she loves fruit and tries to eat at least seven pieces of fruit a day in order to take care of her body, a habit she kept when she was modelling in New York.

She also sticks to fresh and organic ingredients, and manages to eat her daily target with her love of smoothies.

In 2013, before making the move into politics, Melania posted on her Facebook page to share her favourite smoothie recipe with her fans. 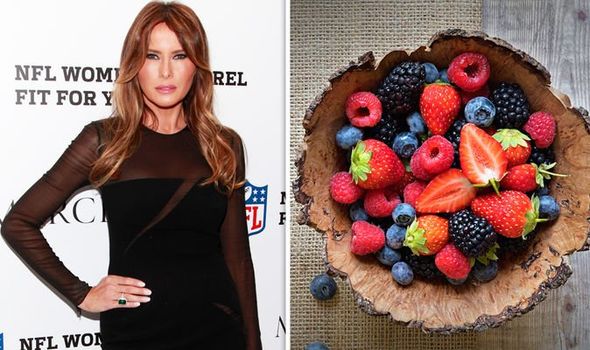 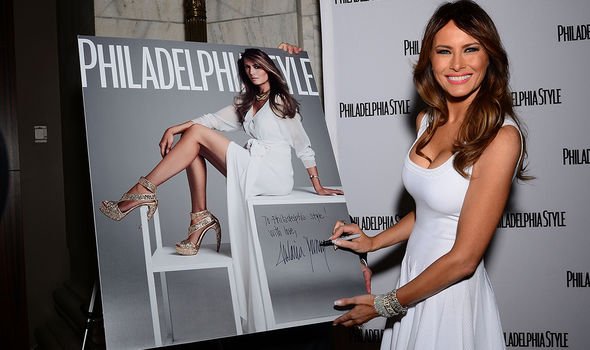 “Got many requests from you for recipe of my every day delicious & healthy breakfast,” she wrote.

While it may seem excessive, the huge intake of fruits and vegetables may account for Melania’s flawless skin and model figure, which she’s also said to maintain by walking wearing ankle weights.

The healthy diet habit could also mean she’ll live longer thanks to the abundance of nutrients she’s getting each day.

DON’T MISS:
Is Meghan Markle getting style tips from Ivanka Trump? Duchess seen in similar outfit
How Melania Trump attempts to look like ‘beautiful princess from a fairy tale’
Melania Trump uses trick to stand out as she won’t ‘fade into background’ with Donald

Fruits are high in vitamins and minerals, including folate, vitamin C and potassium, and are rich in fibre, which can help to maintain a healthy gut.

The World Health Organization (WHO) recommends eating a minimum of 400g of fruit and vegetables a day to lower the risk of serious health problems, such as heart disease, stroke and some types of cancer.

Though Melania eats well, she told GQ she doesn’t go to extremes. “I live a healthy life, I take care of my skin and my body,” she said. “I’m against Botox, I’m against injections; I think it’s damaging your face, damaging your nerves. It’s all me. I will age gracefully, as my mom does.”

The former model and businesswoman has also rejected the idea of a ‘diet’ in the past. 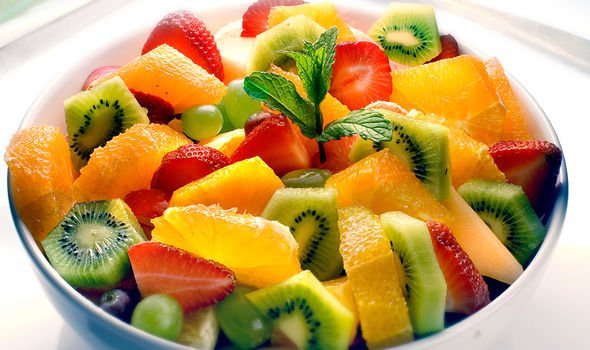 She told Refinery29 that her eating habits are “not a diet. I just like to eat healthy because I feel better and have more energy.”

However, while she may be a fruit fan, the First Lady isn’t so keen on vegetables. In an appearance on The Martha Stewart Show, before the Trumps had any connection to the White House, she admitted she didn’t eat onions and doesn’t like artichokes.

She’s also very happy to indulge every once in a while, and revealed her favourite dish in an interview with New York Magazine in 2010.

“One thing I love most about New York is the variety of amazing foods you can eat,” she said. “My all-time favorite is the chicken Parmigianino at Jean Georges.” 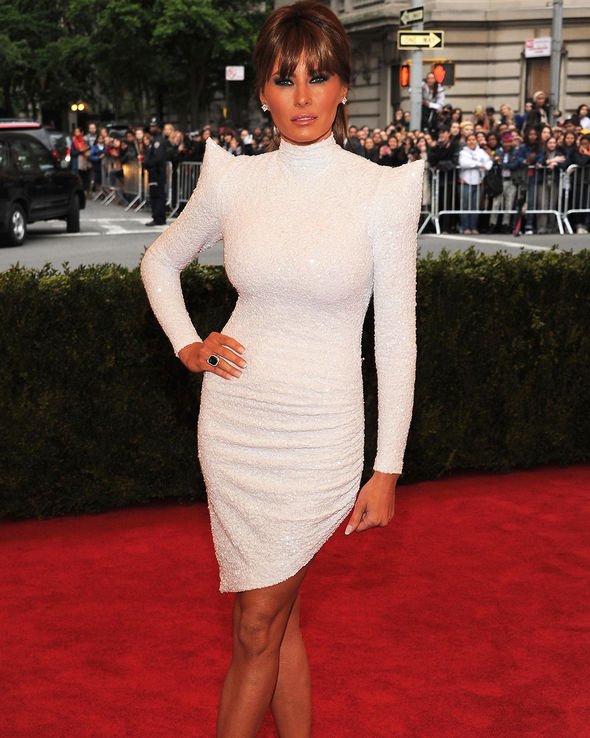 As well as her seven fruits a day target, Melania apparently refuses to go without chocolate.

The sweet-toothed fashionista is also an ice cream fan. “It’s good to indulge cravings and your tastes once in a while… as long as you balance those things with healthy foods,” she said.

Despite her occasional treat Melania keeps things balanced with her healthy breakfasts and tops up with supplements to look after her model features.