Home » Health & Diet » Kate Garraway showed off 1st weight loss in black dress at NTAs – how does she stay trim?

Kate Garraway is a journalist and broadcaster who stunned on Tuesday night at the National Television Awards (NTAs) when she stepped out on to the red carpet in a gorgeous black a-symmetric ruffle dress. On the night, Kate Garraway looked sensational as she reunited with her I’m A Celebrity campmates.

At the event, which took place at London’s 02 Arena, the I’m A Celebrity stars scooped up the Bruce Forsyth Entertainment Award.

The 52-year-old ITV presenter, also later joined her Good Morning Britain co-stars on the red carpet although Piers Morgan was missing as he decided to boycott the awards ceremony as he’s “bored of losing to This Morning”.

Kate was in good spirits after I’m A Celebrity picked up the Bruce Forsyth Entertainment Award and she joined her campmates to celebrate the win, posing for several pictures with her jungle campmates, Queen of the Jungle Jacqueline Jossa, Caitlyn Jenner, Myles Stephenson, Cliff Parisi, Andrew Maxwell, Adele Roberts and Roman Kemp.

Kate looked sensational in her black dress – which was one-shouldered and designed in a-symmetric fashion with the front being shorter than the back. 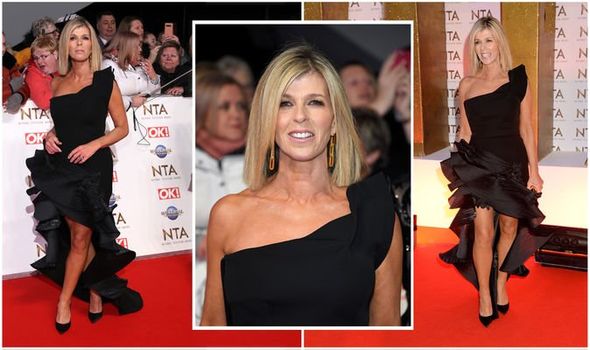 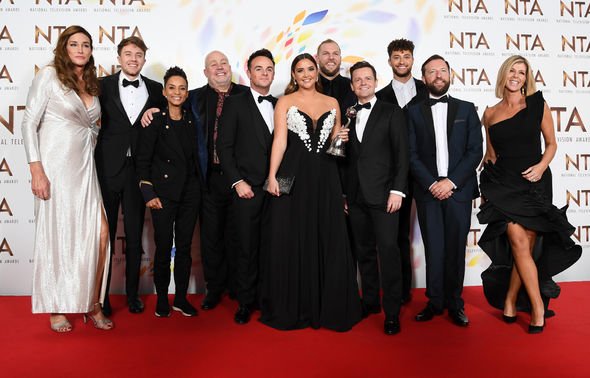 The bottom half of the dress had several ruffles overlapping and they followed through to the train.

She wore suede black court heels and accessorised with a pair of ladder-like gold earrings and a gold clutch bag.

The presenter opted for evening glamour makeup, with heavy mascara on her eye-lashes to make her eyes pop, dark brown eye-shadow, bronzed and rouged cheeks and a soft pink lip gloss. She kept her blonde hair strain and down, falling to just above her shoulders.

Kate credits some of her weight loss to her stint in the jungle, as contestants are put on a basic, and restrictive, meal plan during their time.

Following her time on the ITV show, the TV presenter told The Mirror she had lost one stone.

The restrictive plan means celebrities will often lose weight while taking part in the show.

However, Kate made some changes of her own which have helped her drop two stone in recent years.

The journalist said she got into the best shape of her life by cutting one food group out of her diet.

Kate explained she struggled with her weight due to her love of sweet treats but decided to make a change after her last pregnancy. 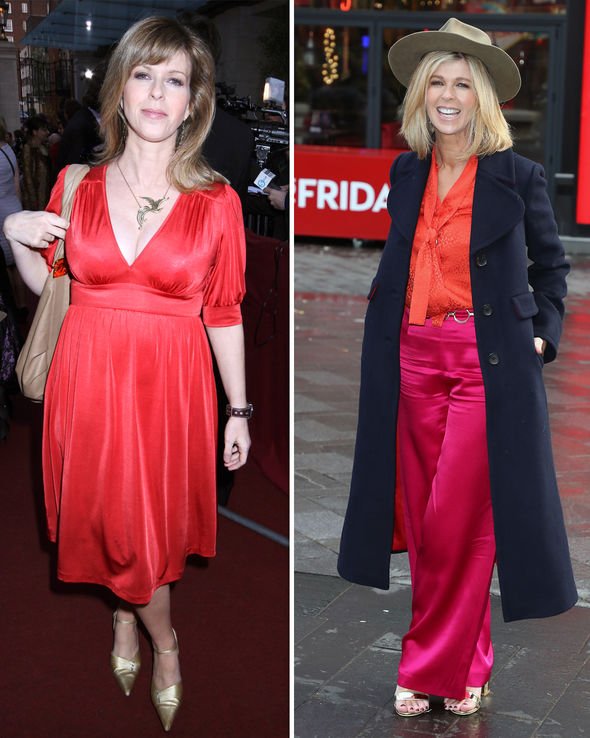 The journalist decided to focus on her diet when trying to get into shape which helped her lose two stone.

“I tried different popular diets and realised, because of the crazy shifts I do, I regulated my energy with sugar bursts,” she told Fit & Well magazine.

“I don’t think I ate a lot of sugar but by 8am I’ve always had loads of chocolate.”

After struggling to slim with different diets, Kate decided to cut one thing from her plan.

Instead of tucking into sugary snacks, she replaced this with healthy foods but also said she will not be too restrictive. 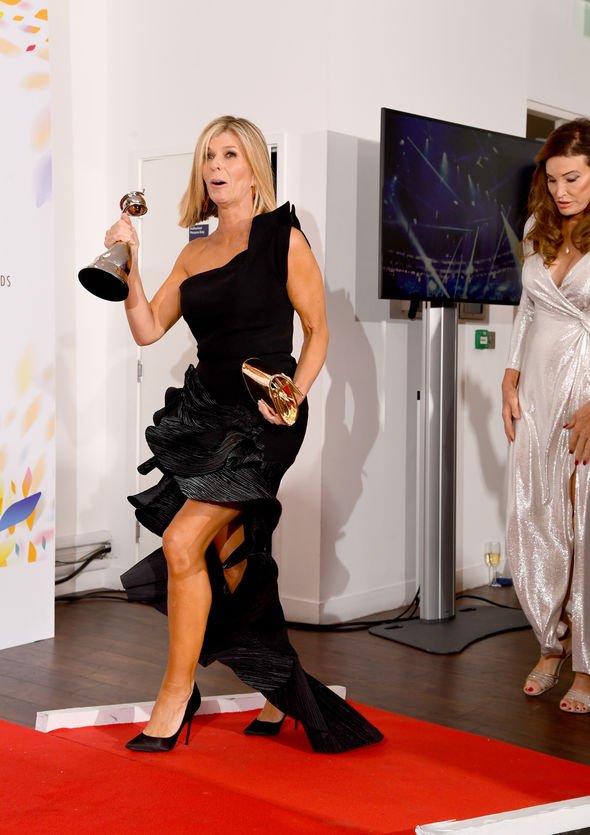 The presenter will also fill up on healthy avocados to help curb sugar cravings.

Kate said: “Now I eat avocados obsessively because I found one of the diets was high in good fat, medium protein, and zero sugar – which is a bit extreme for me.

“But eating avocados and low-sugar foods help keep my energy levels up.”

When doing this, she also reduced her caffeine intake and will get energy from the food she eats.

Although the presenter mainly focused on her diet, the slimmer likes to be active which has no doubt helped her stay trim.

She previously claimed that she walks everywhere and uses Instagram to share pictures and videos of her being outdoors regularly.

Previously she shared an image with her 595,000 Instagram followers, which she captioned: “#backtowork tomorrow but #backtonature today. Love getting into our woods & countryside.