Eating late at night has long been considered a diet no-no, with with experts suggesting the later a person eats, the less weight they will lose. Numerous studies over the years have found the eating specific meals at the right times throughout the day makes “a big difference” to a person’s weight.

This is due to the body’s circadian clocks, which regulate the daily rhythms of most biological functions, such as metabolism.

This has been the case for many years, with two 2013 studies suggesting that consuming more calories earlier in the day and fewer calories in the evening helps people lose weight.

Some researchers found that eating at night goes against people’s circadian rhythm, claiming “night time is for resting not eating”.

But now a new study has found that eating either a big breakfast or a large dinner has “no effect” on metabolism and weight loss. 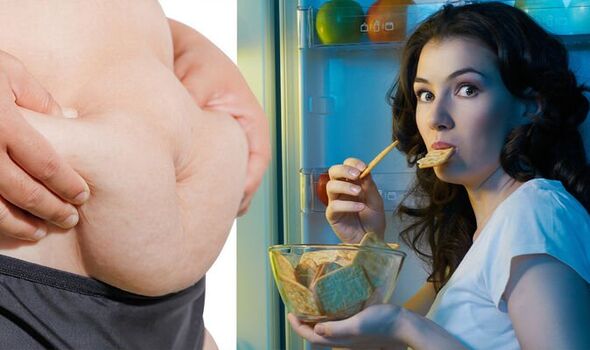 The trial conducted by the Universities of Aberdeen and Surrey launched a controlled study in healthy but overweight people to investigate the link between the size of breakfast and dinner and their effect on hunger.

The participants were fed two diets for four weeks – a big breakfast and a small dinner, and a small breakfast with a big dinner.

Their metabolism and how many calories they burned were monitored, with researchers predicting that a big breakfast and small dinner would increase calories burned and weight lost.

Instead, they found “no differences” in body weight or how many calories they burnt at rest despite eating a bigger meal later at night.

Researchers noted: “There were also no differences in daily levels of blood glucose, insulin, or lipids.

“This is important because changes of these factors in the blood are associated with metabolic health.

“Together, the research suggests that the way our bodies process calories in the morning versus the evening does not influence weight loss in the way that has been reported in other studies.”

What did have a notable change was the participant’s hunger levels. 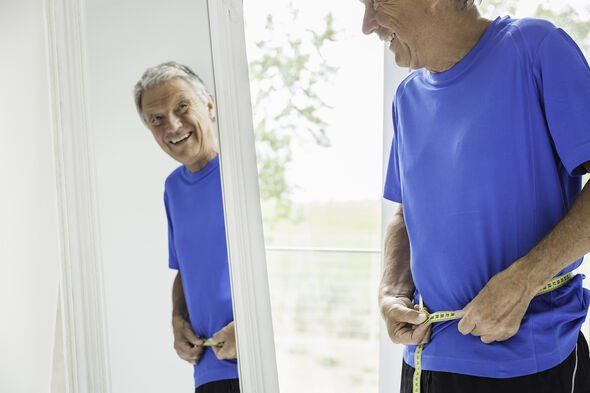 The meal pattern of a big breakfast and small dinner caused participants to report less hunger throughout the day.

Researchers believe this could be “useful” for people looking to lose weight as it may help them better control their hunger and eat less.

Eating beyond a person’s daily calorie needs is a quick way to pile on the weight.

If people eat less in a calorie deficit, then they are “more likely” to lose weight than measuring how much they are eating at certain times of the day.

But overeating in a calorie surplus not only causes weight gain, but it also increases people’s risk for cancer and other chronic health problems.

The current recommended guidelines for adult calorie consumption is 2,000 calories a day for women and 2,500 for men, according to the NHS.

This is all dependant on their age, size, height, lifestyle, overall health, and activity levels.