Taco Bell has been all about the cheese lately, and, babes, we’re not complaining about it! From the truly delicious Grilled Cheese Burrito to their release of cheese crisps, they are leaning into the fact that everything is made better when covered in melty cheese. Case in point, the chain is bringing back one of its cheesiest and most-popular items—the Toasted Cheddar Chalupa—and this time, it’s also getting a vegetarian twist.
You might remember that this dish, which takes the iconic Taco Bell Chalupa and gives it a six-month aged cheddar toasted shell, premiered last year after a very successful trial run and turn at the Taco Bell Hotel. Now it’s back and better than ever because even more people will be able to try it. That’s because along with the classic Toasted Cheddar Chalupa, which is stuffed with meat, you can also get a vegetarian version—the Black Bean Toasted Cheddar Chalupa—that is, of course, stuffed with black beans.
This vegetarian item will be joining the Veggie Cravings Menu along with two other new items, the Black Bean Chalupa and Veggie Nachos Party Pack. Taco Bell also shared that in 2021, you can expect them to release more official vegetarian versions of their limited-time menu offerings, so look out for those!
Whether you’re looking for the veggie version or the one filled with sweet, sweet beefy goodness, you can expect these to return to a T-Bell near you on November 5. Huzzah! 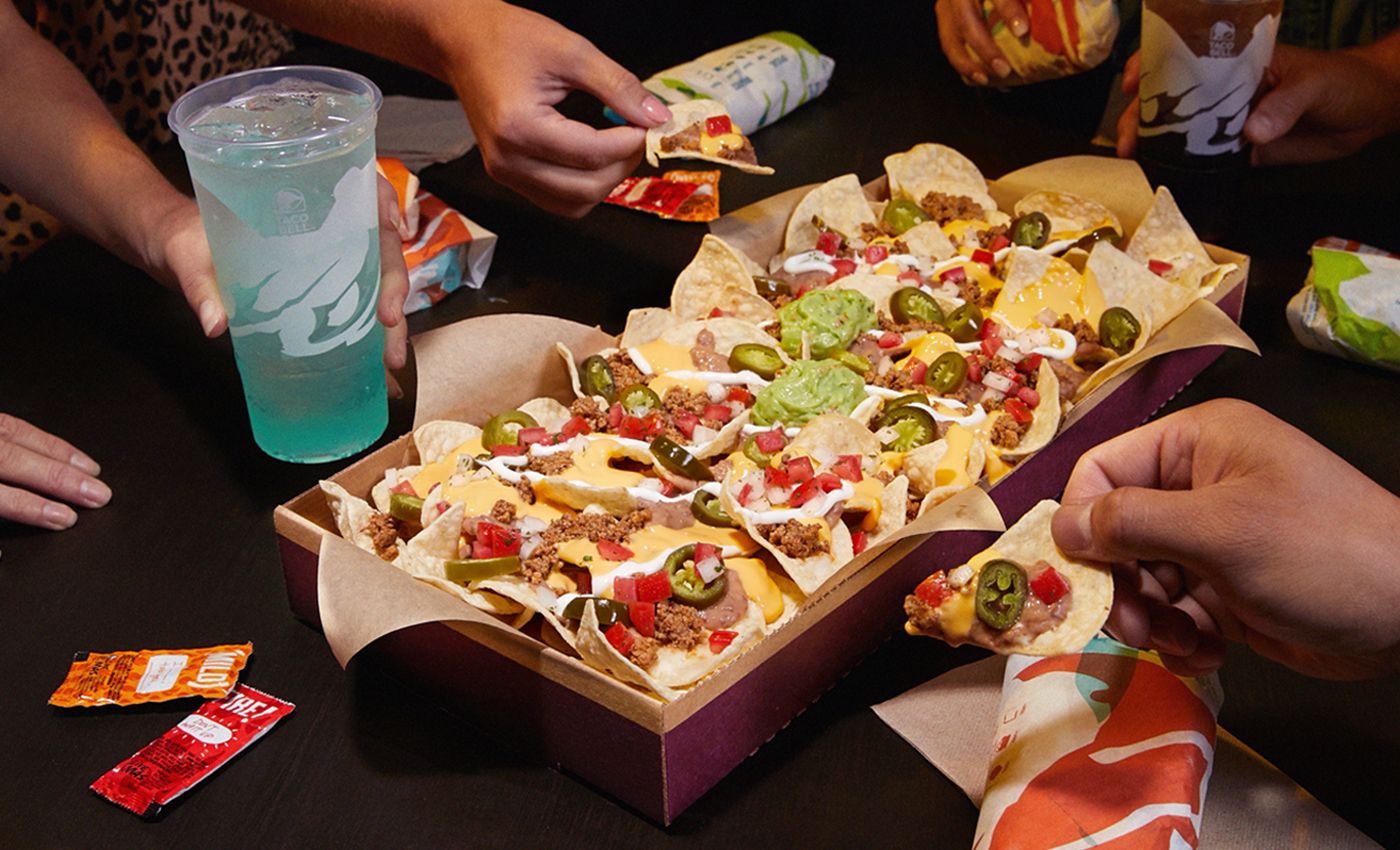