If you’re a person who likes sports, there’s a lot for you on TV right now. Baseball is heading into the World Series, football season is heating up, and The Bachelorette is finally back…that’s my idea of sports anyway. No matter what you’re watching, it’s time to curl up with some great food and a lot of it. Luckily, Taco Bell is offering a great deal on its Nacho Party Packs and you don’t even have to get off the couch to get one.
DoorDash and Taco Bell recently teamed up to offer delivery to more than 5,000 locations nationwide and to celebrate, registered DoorDash users can get 50 percent off the Nachos Party Pack, with no delivery fee, when they spend $15 or more. These packs are made with chips topped with refried beans, seasoned beef, nacho cheese sauce, sour cream, pico de gallo, guacamole, and jalapeños, all for $9.99…but now it’ll be just half the price! You do the math…no seriously, do it! OK, it’s roughly $5. That’s a LOT of nachos for a fiver.
This deal will last until October 24, which means you have more than a week to figure out what you’ll be watching while stuffing nachos into your face. Oh, and speaking of sports, if you just so happen to be watching the World Series, look out for someone stealing a base! The first time they do so, Taco Bell will gift us all with a free taco yet again. I see a lot of seasoned beef in your future. 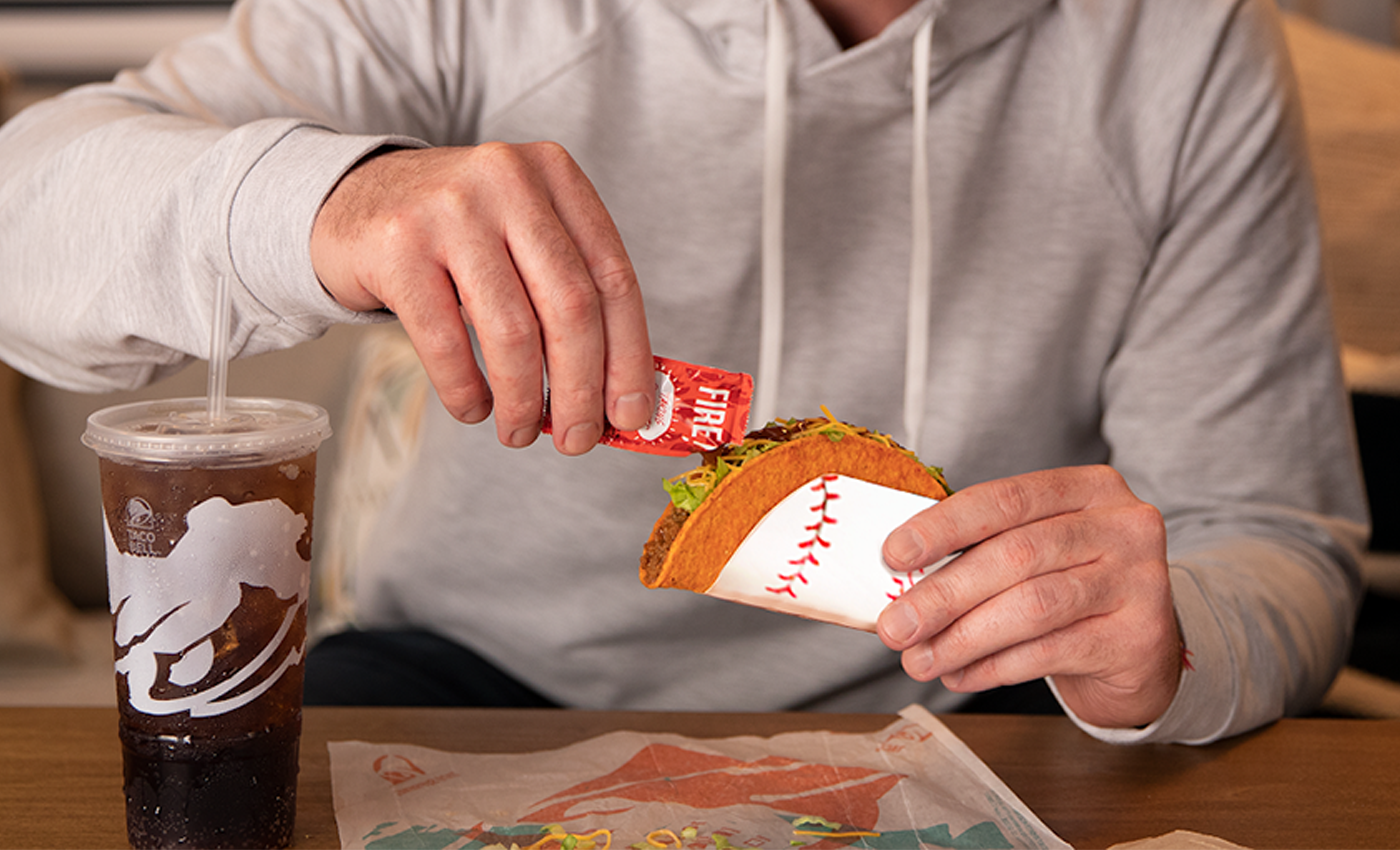