As we approach the tail end of Tayshia Adams’ reign as the lead on this crazy season of The Bachelorette, we’re getting even closer to Matt James’ debut as the first Black male lead on The Bachelor. Matt’s season premieres on January 4, but it seems he is already getting used to the spotlight after smashing a cake in Bachelorette alumnus Tyler Cameron’s face on camera.
The two best friends were sitting together at a Miami Dolphins football game against the Cincinnati Bengals on Sunday when the Pepsi fan cam panned over to their seats. Matt posted a short video clip from the footage where he can be seen dancing to Gwen Stefani’s “Hollaback Girl” then picking up a cake and throwing it at Tyler’s face.
Reunited with my best friend today @TylerJCameron3 😊..😈 #FinsUp pic.twitter.com/bTYwt2idac
As Tyler’s face is covered in icing and cake, Matt then cracked up a can of beer and poured it all over his face before standing to hype up the crown and dance around Tyler. “Reunited with my best friend today,” Matt wrote in the video’s caption shared on his Twitter account. He later posted another photo on his Instagram story that showed him smiling as Tyler held up the destroyed cake next to him.
After staying in quarantine together in March and April, Matt and Tyler were separated when Matt began filming his season of The Bachelor at Nemacolin Woodlands Resort in Pennsylvania. This video showed them reuniting and fans were excited to see the pair back together for shenanigans once again.
“I cannot stop watching lmfao!!! This is best thing that has happened in 2020,” one user tweeted back at the video, but many had their eyes on the real prize…the cake.
“I love that y’all are together again but am so upset this cake was wasted,” another wrote. 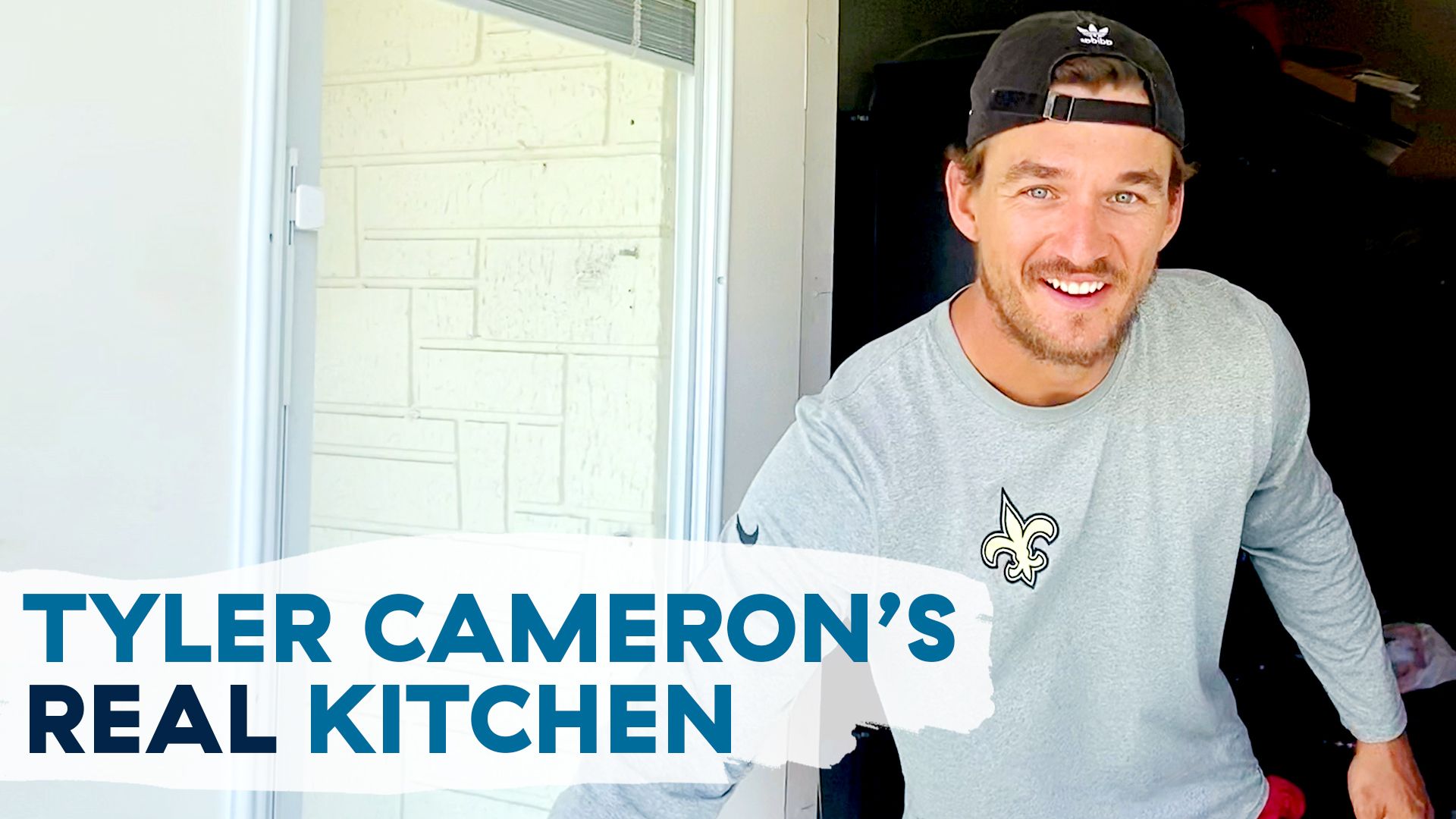