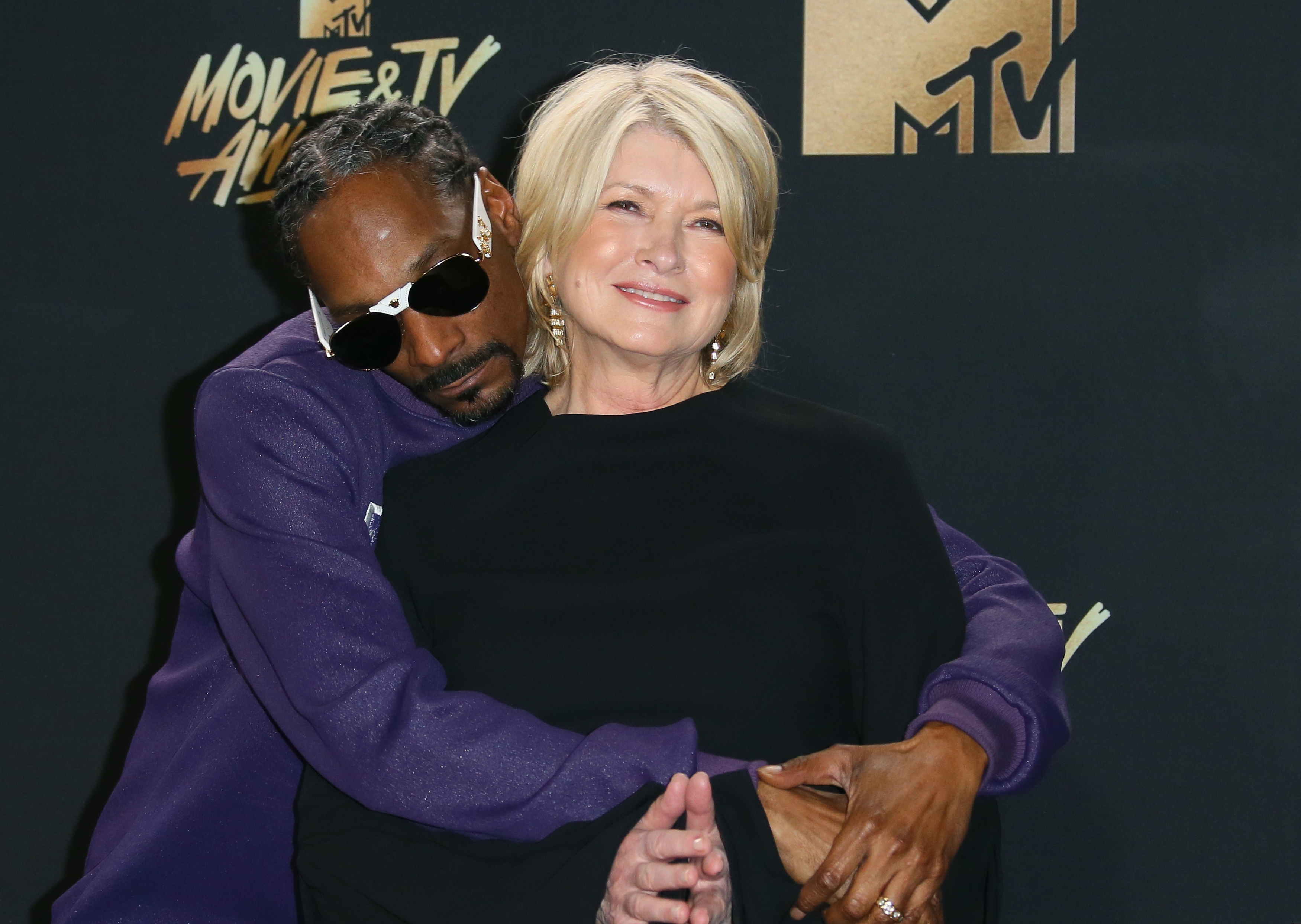 The oddest couple in modern television is back for another season, and of course they announced that with a trailer as extraordinary as the stars themselves. The trailer features a recreation of the famous Titanic scene, only Martha is Leo, Snoop is Kate Winslet, and nobody’s flying — but Snoop is frying!

It begins with soft camera and the gentle opening notes of classic Celine Dion as Martha looks around the kitchen. She shushes Snoop as he enters, then puts her arms under his as the music swells. The cameras zoom out and we see the boat is actually a kitchen, and Martha is guiding Snoop’s hands to lower baskets of fries into hot oil. “I’m frying,” he shouts, “Martha, I’m frying!”

Okay, what? Well, if you somehow missed the first two seasons of Martha & Snoop’s Potluck Party Challenge on VH1, your confusion is understandable. In fact, we were, at one point, just as mystified by the first season’s trailer. The strange pairing of the domestic idol and weed-loving rapper just works surprisingly well. Previously, the pair teamed up on the show to throw dinner parties for their famous friends, entertaining us as they cooked and bantered. But the new season, which the Titanic trailer is promoting, apparently has a new format with a competition element.

There’s not much information in the absurd but beautiful trailer, although according to E! News we can expect to see Matthew McConaughey, Method Man, and Isla Fisher on the first episode, with Tiffany Haddish, Octavia Spencer, Regina Hall, Rev Run, Paris Hilton, Eve, and William Shatner among other guests to follow during the season — competing in such things as the “Friendsgiving Face Off” and the “Championship Chow Down” (the latter featuring Michael Strahan).

The show, which stemmed from the duo’s real-life friendship, begins again on April 3, which gives you a few days to binge on the previous seasons and fully understand the pair’s dynamic — as long as you get VH1.