Home » Food Trends » I Tried All the Cream Cheese Options Out There. These Are the Two Best Ones at the Grocery Store. 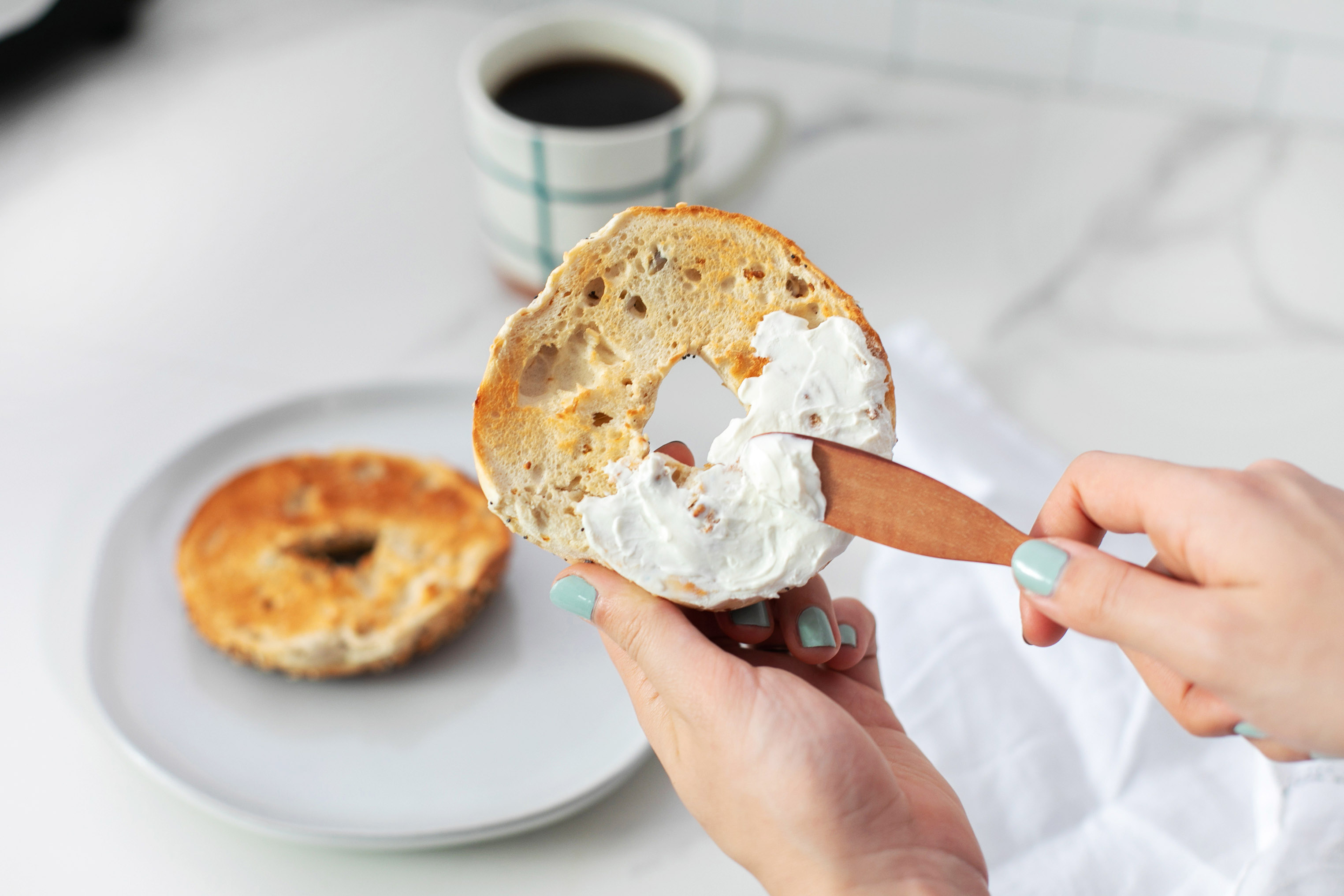 I used to think that all cream cheeses were the same. Each one, just a white brick (or frosting-like tub) of a creamy spread so mild in flavor it seems almost silly to call it cheese. Cream cheese, to me, is either an ingredient (i.e., cheesecake) or a vehicle (i.e., lox and bagels), but not something to be savored on its own, like, say, a great aged cheddar or even a creamy chevre.

But there are a lot of brands out there, not to mention specialty flavors, which made me wonder if there really was a difference between cream cheeses. So I tasted all the brands I could find side-by-side, limiting my selection to the most basic form: plain, full-fat bricks (with two exceptions). The results were rather surprising. 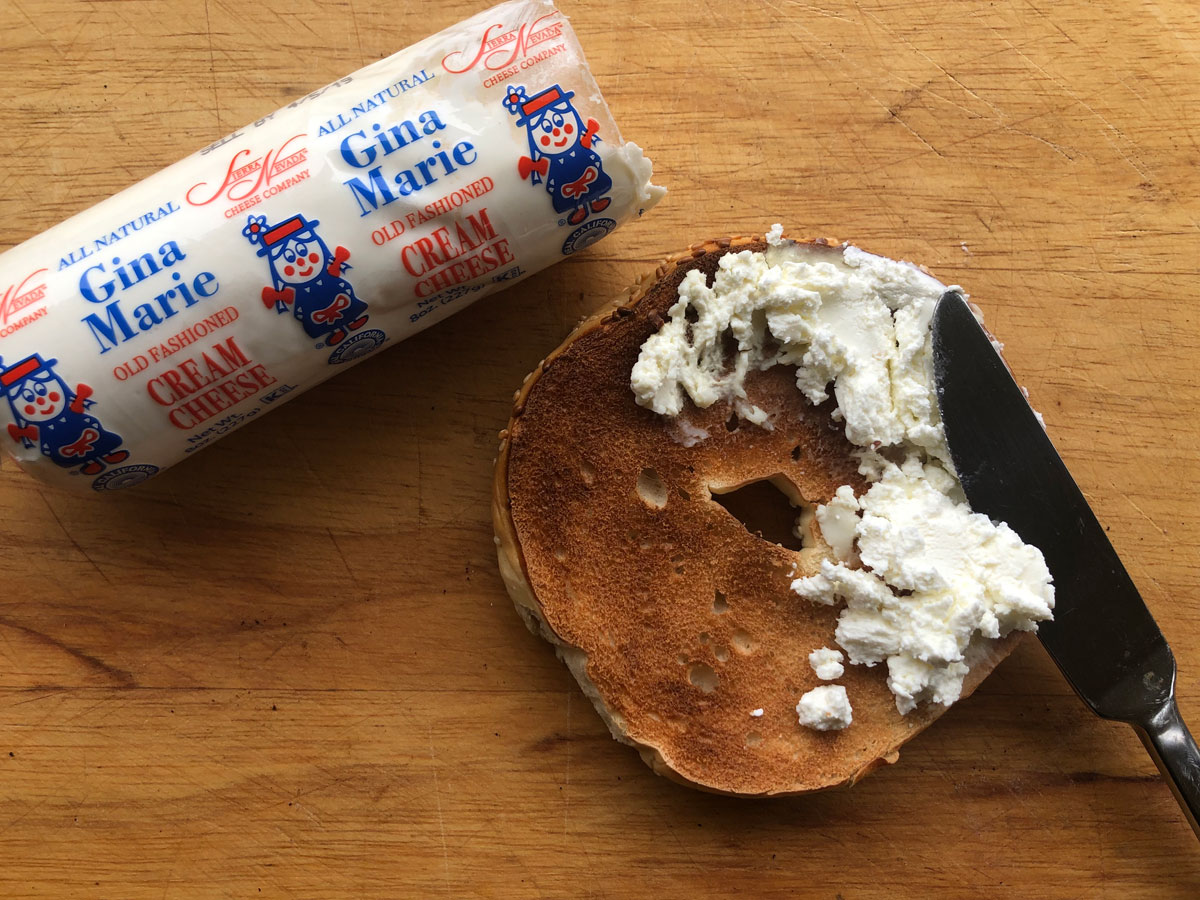 I did not expect to like this funny little tube of cream cheese. The packaging was different than the usual foil wrapper, the fluffy-crumbly texture reminded me of chevre, which is not what I want on a bagel. But then I tasted it and realized, “Oh! This is what cream cheese is supposed to taste like!” The flavor smacked of actual fresh cream, with enough of a delicious mellow tang to give it proper cream-cheesy notes. As decadent as it tastes, its goat-cheese-like consistency made it seem somehow light at the same time, since it didn’t have the thick, butter-like texture of the usual bricks of cream cheese. And though it starts out looking crumbly, it spreads beautifully.

Gina Marie cream cheese is made at Sierra Nevada Cheese Company, a dairy in rural Northern California. According to the producer’s website, it’s been made the same way for the past 50 years, with just slow-cultured milk, cream, and salt — no gums, stabilizers or fillers — and drained in muslin bags. It can be hard to find, though (check independent grocery stores), so I have a more mainstream suggestion for you below. 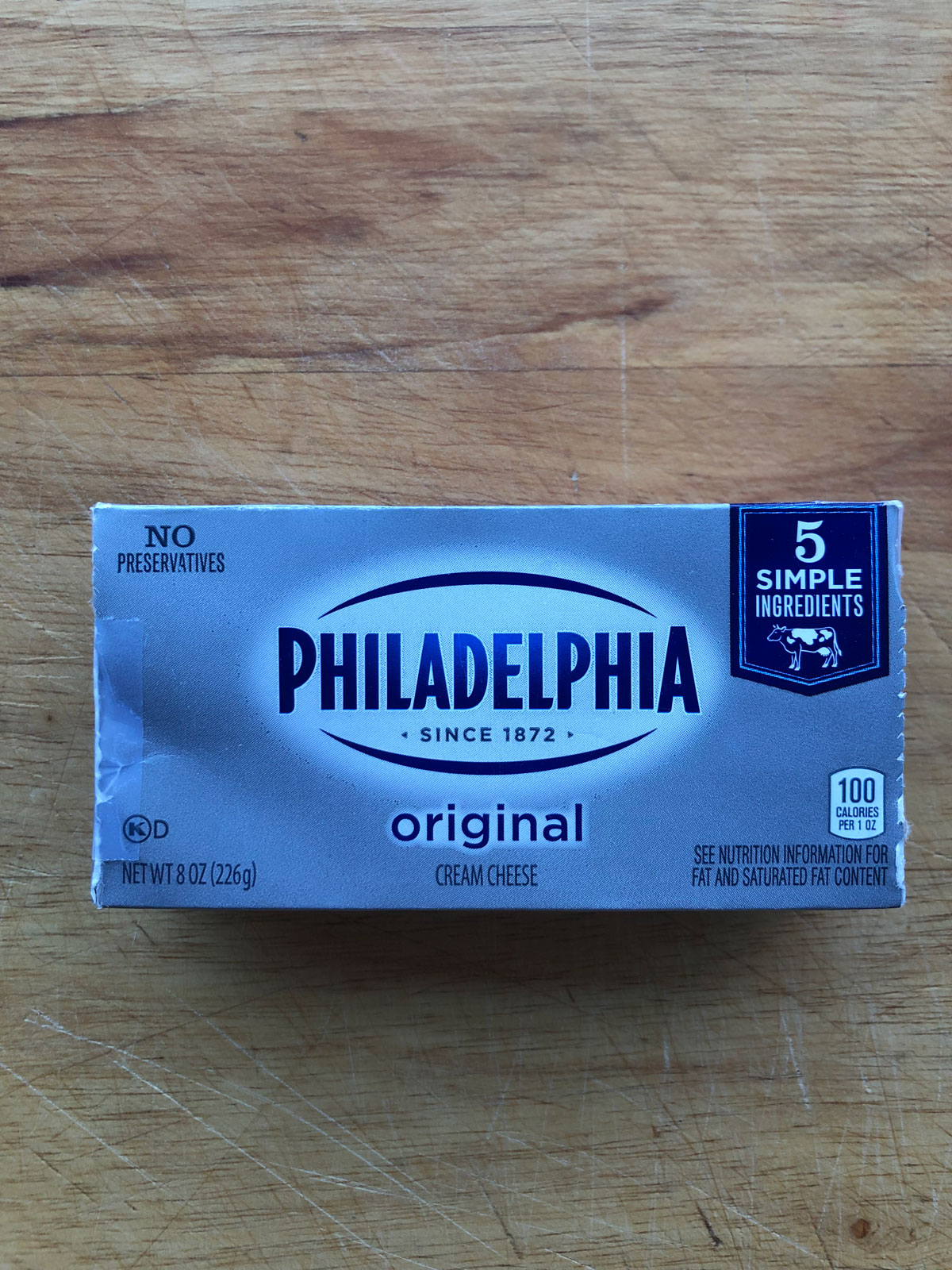 If I’m buying cream cheese to use in a recipe, like cheesecake or frosting, this is the one I’ll turn to. The special fresh cream flavor of the Gina Marie would be lost in a recipe, so there’s no sense paying a premium for it. And again, if you can’t find Gina Marie, good ol’ Philly cream cheese is your next best option. It balances creaminess, tanginess, and saltiness perfectly, with a soft, spreadable texture. It’s made with milk, cream, salt, carob bean gum, and cheese culture. Guess it’s a classic for a reason.

Some Other Cream Cheese Options Worth Mentioning 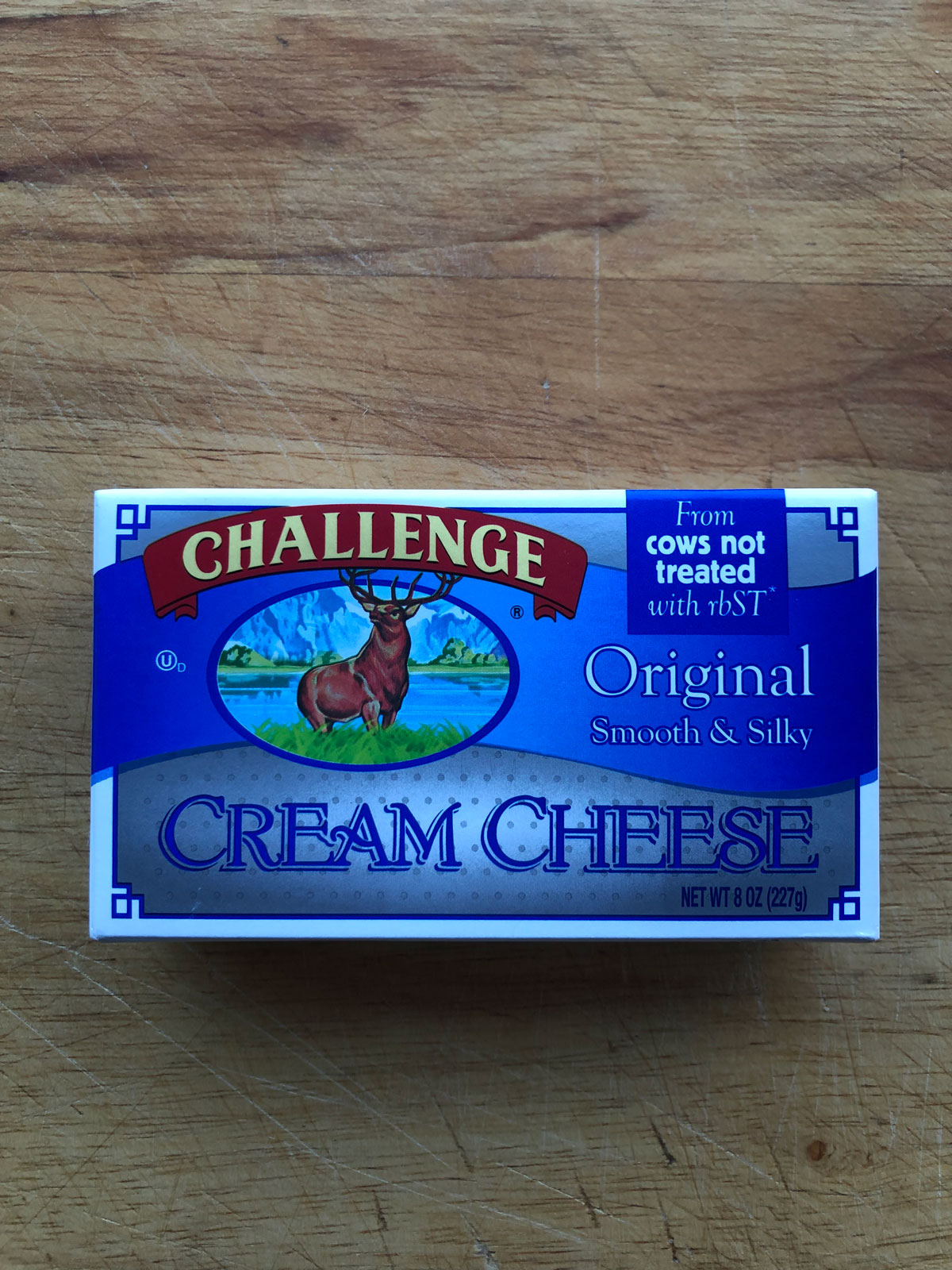 This cream cheese is rather aptly named, because if any mainstream brand can challenge Philly, it’s this one. It tastes quite rich without being outright buttery, and offers a nice tang, although there is a slightly greasy/buttery aftertaste. This is a tasty option, but compared side-by-side to Philly, it’s definitely not as full-flavored. It’s made with milk, cream, salt and a variety of stabilizers (carob bean and/or xanthan and/or guar gums, according to the packaging). 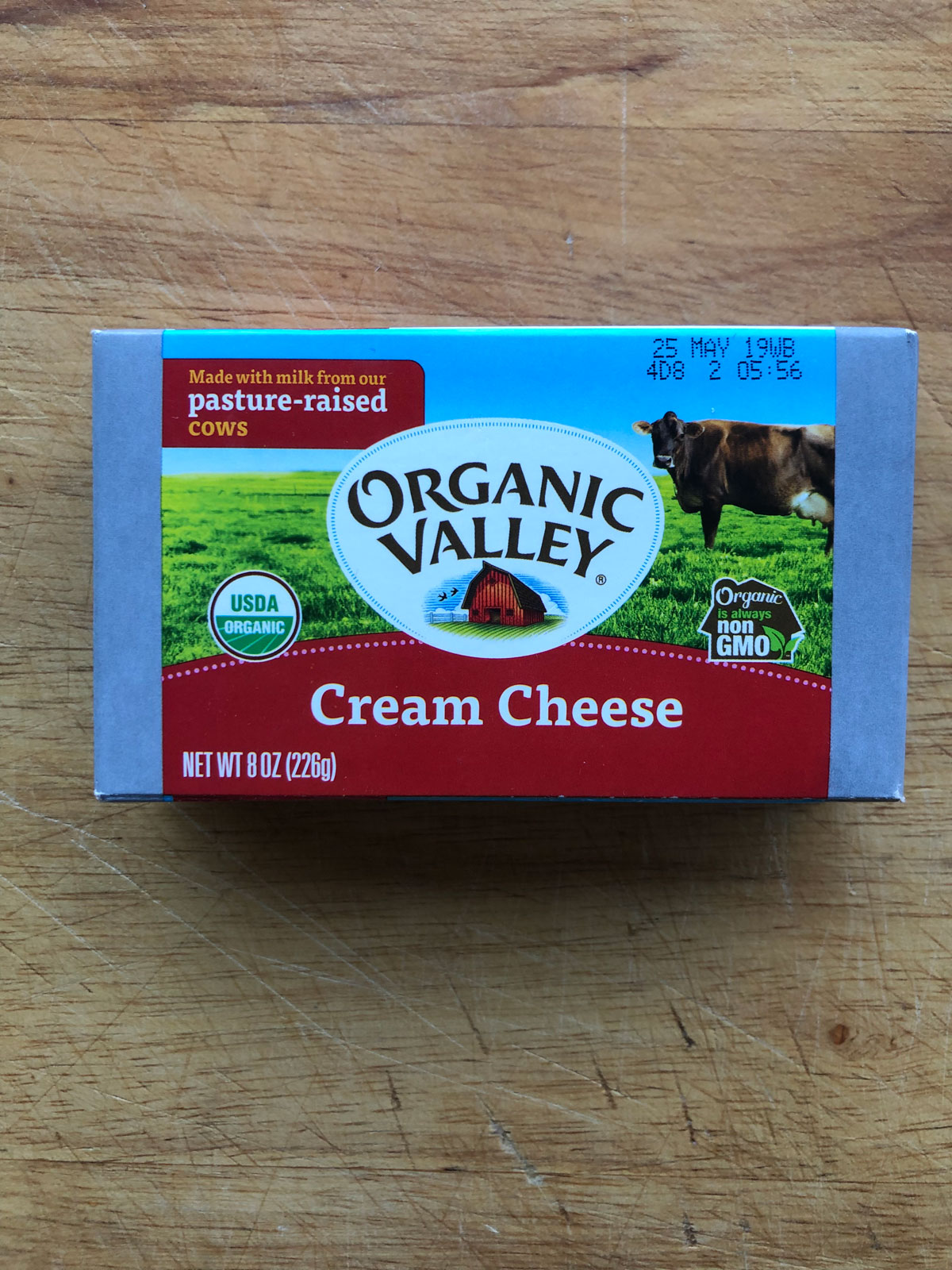 This was very similar to Philadelphia in texture, but it didn’t have as pronounced of a tang. In fact the flavor was almost more buttery than cream cheesy. In case you’re paying attention to gums and stabilizers, this one is made with organic milk, cream and whey, cheese culture, salt, and organic locust bean gum. 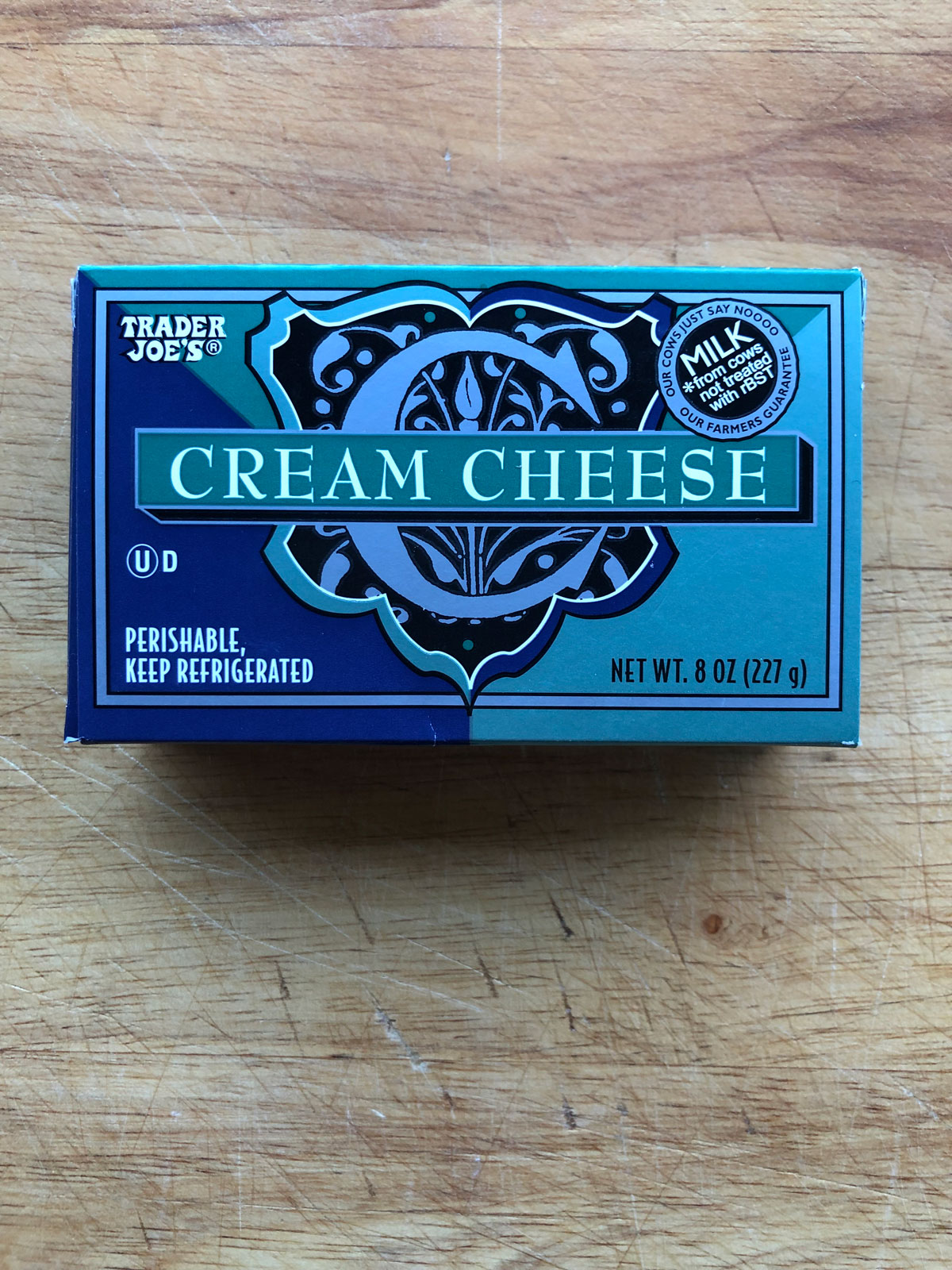 Flavor-wise, this was nearly identical to Organic Valley. In other words, it was super buttery, with not much tang. The difference, though, was in its gummy, almost chewy, texture, which is likely from the gums it contains. It’s made with milk, cream, cheese culture, salt and “stabilizers,” which could be “carob bean and/or guar gum.” I love Trader Joe’s, but I would not suggest this cream cheese. 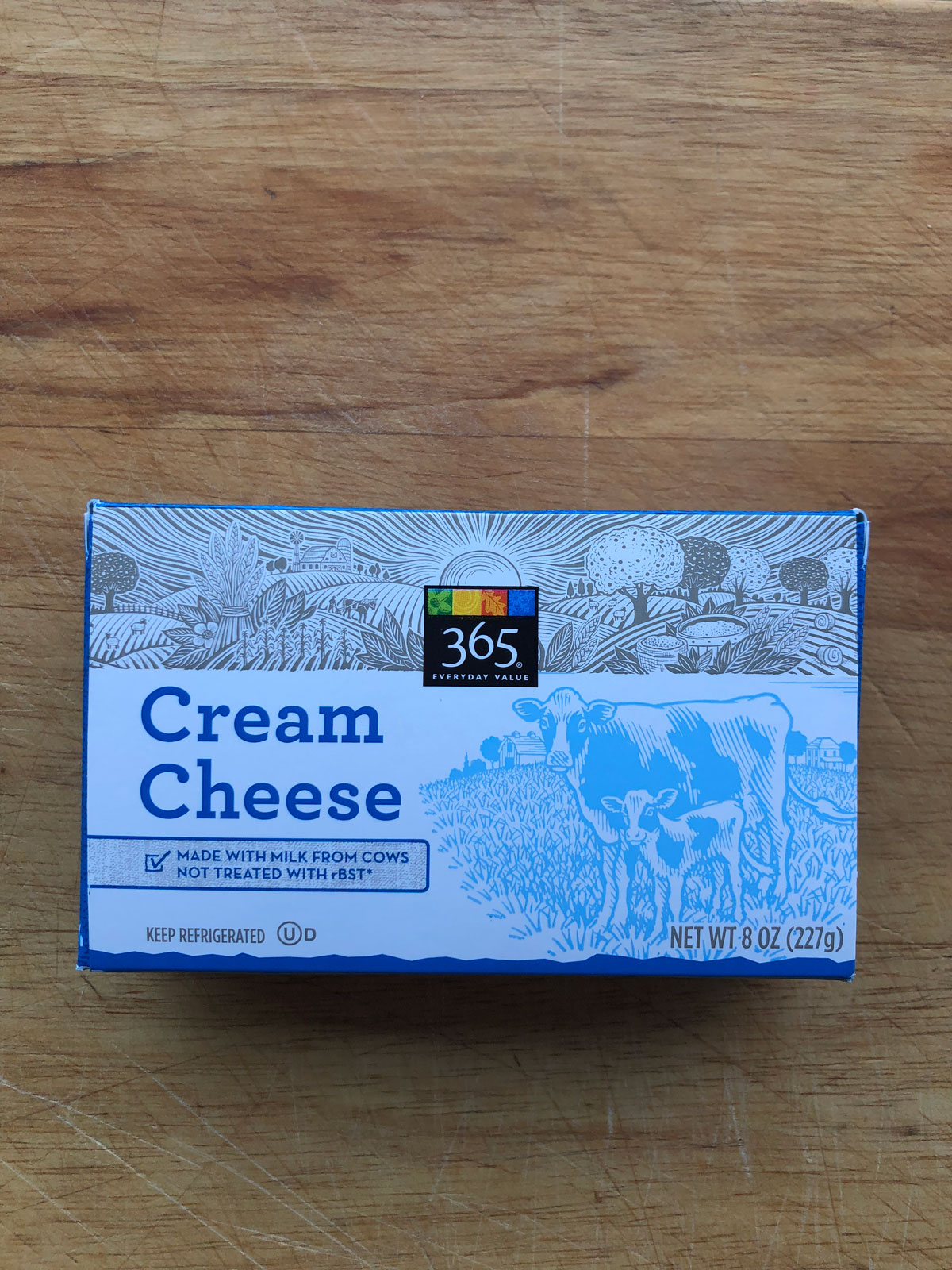 Whole Foods’ store brand had the same buttery hallmarks of Organic Valley and Trader Joe’s, but it was so bland it verged on tasteless. And although it was buttery, it lacked richness. It thankfully didn’t have the same chewy texture as Trader Joe’s — instead, it was a little slippery and slick. Maybe that’s because it’s made with three different stabilizers: guar gum, carob bean gum and xanthan gum. Another pass. 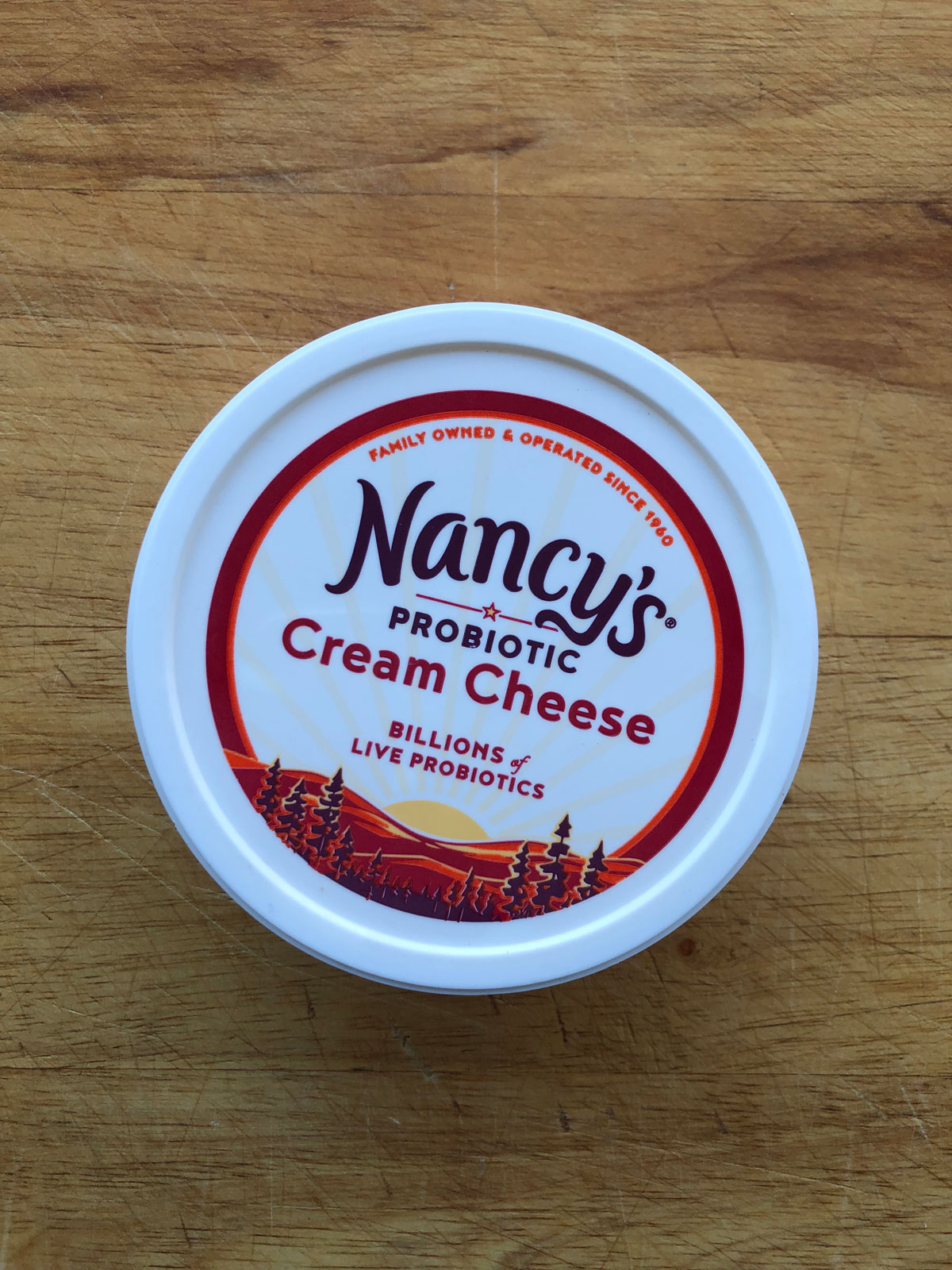 The tangiest and lowest in salt: Nancy’s Cultured Cream Cheese, $3.39 for eight ounces at Whole Foods

This Oregon brand is known for its yogurt and super-thick cultured sour cream, but its cream cheese tasted too similar to both for it to be a winner on its own. I appreciate the probiotics, but the flavor was so tangy and acidic that it was as if the cheese was mixed with yogurt. However, I can see this cream cheese making a great base for a savory dip. It’s made with cream, nonfat milk, and four strains of active cultures, but no stabilizers and no added salt. If you’re watching your sodium, a two-tablespoon serving has 40 milligrams of sodium (compared to 90 milligrams for Gina Marie).