Home » Everyday Meals » Who Wins the Title of Best French Toast Casserole Ever? 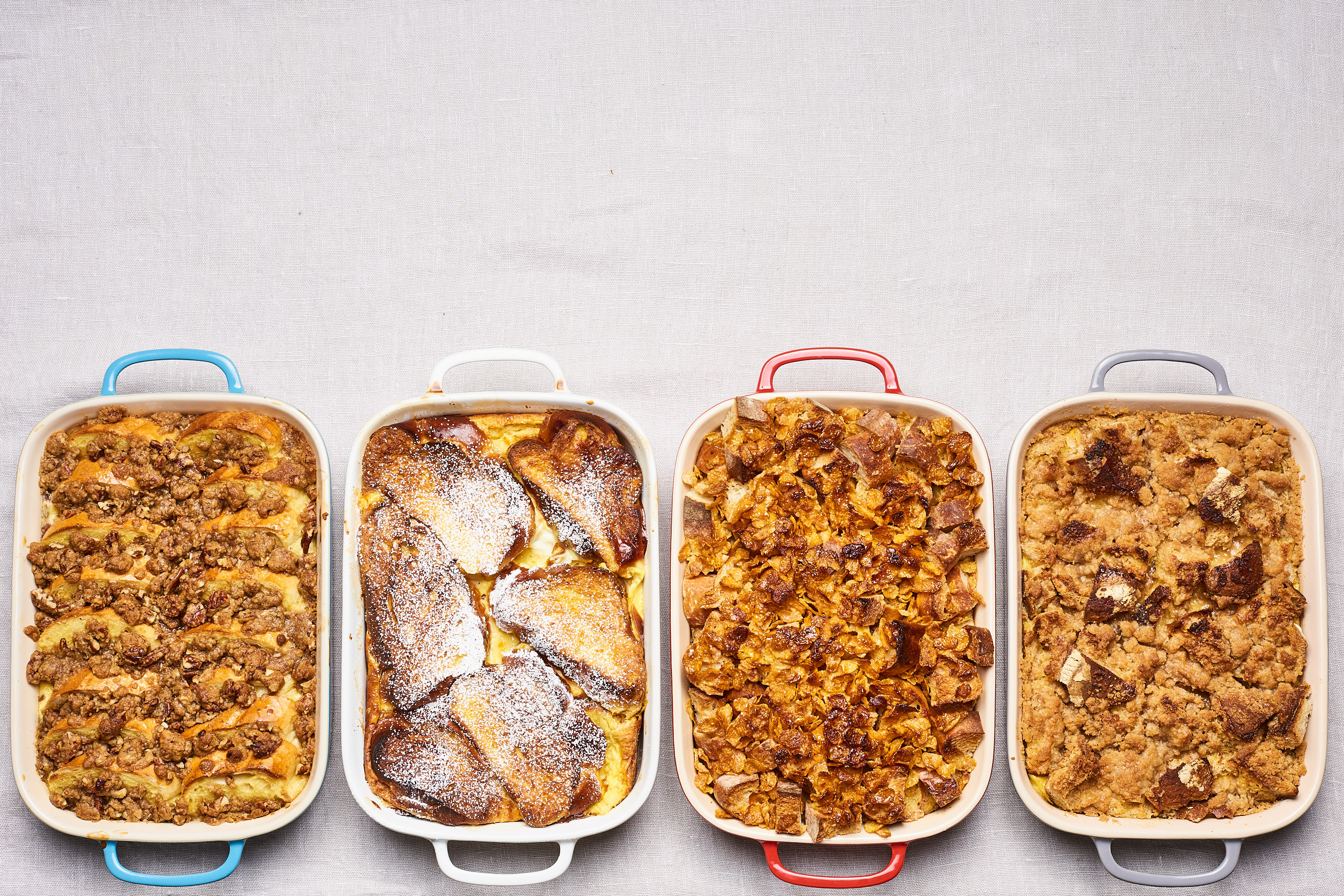 I used to only eat French toast at restaurants, since I couldn’t be bothered to griddle my own. But after yet another order of undersoaked toast arrived disguised under a blanket of powdered sugar, I knew I could do better at home. And along the way, I’ve found that baked breakfast casseroles are actually the best way to feed that French toast craving without losing the slow Saturday vibes.

This month I took on the first meal of the day, baking my way through four famous French toast casseroles from some of the internet’s favorite celebrity cooks: Ina Garten, Ree Drummond, Joanna Gaines, and Chrissy Teigen. Although all four recipes started with bread and custard, they all delivered something a bit different. Here are the four French toast casserole recipes, ranked from my least to most favorite. 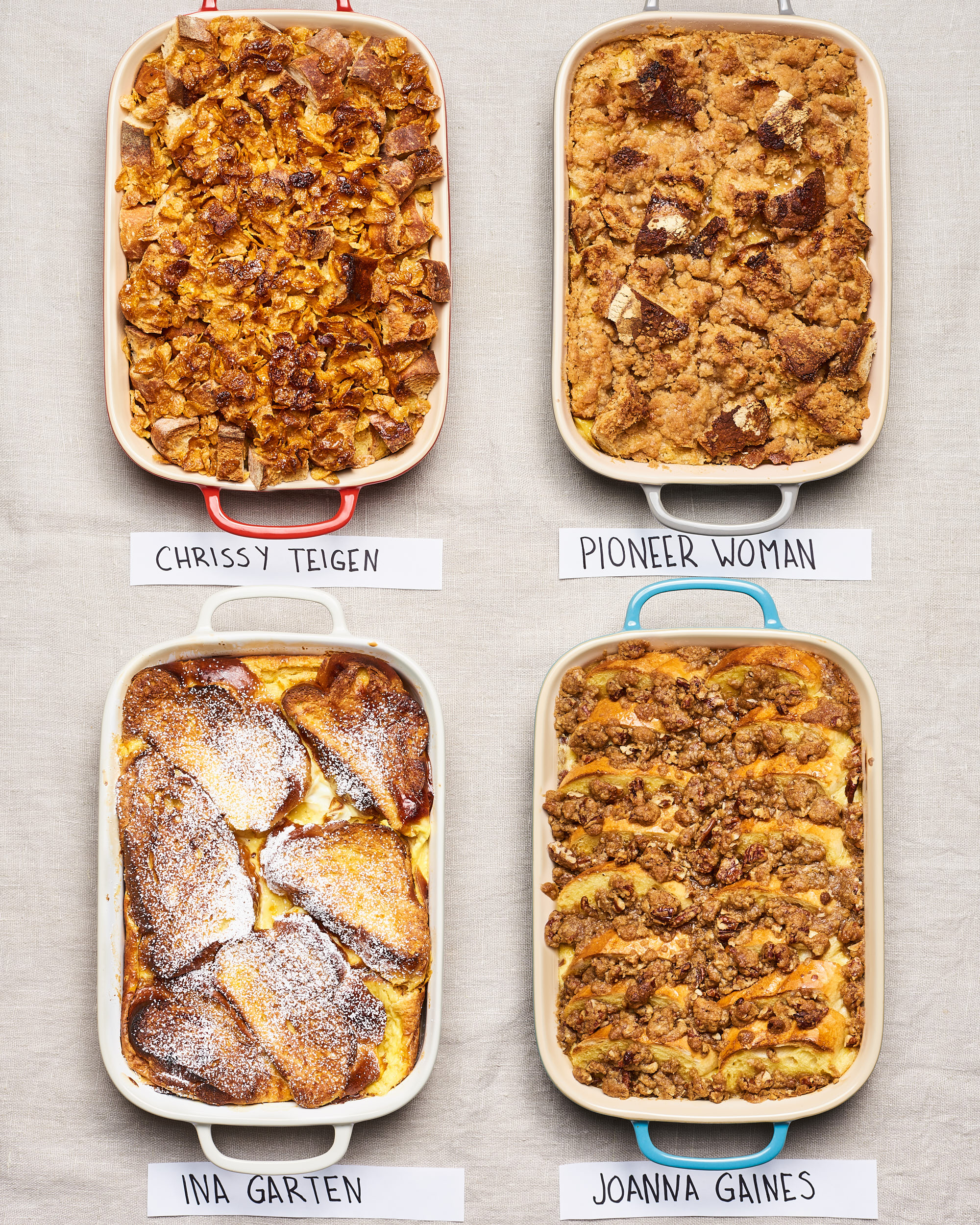 I know what you’re thinking: Ina came in last? And I’m here to say it’s true. The flavor of the orange and honey custard here was sophisticated, but the bread-to-custard ratio was really unbalanced (read: Way too much custard, not enough bread). Add to that a fussy technique that nobody should attempt before fully caffeinated, and you’re left with a sub-par breakfast bake that isn’t up to Ina’s usual standard.

Jo’s version is dessert masquerading as breakfast in the best way possible. A crunchy candied nut topping sprinkled atop vanilla custard-soaked bread means you can smell the sugar as the casserole bakes. If you make a few changes to the assembly and to tone down the overall sweetness, this recipe is a keeper.

This is the French toast casserole you have pictured in your mind. (Or at least I did!) Ree delivers warm cinnamon, a crunchy crumb topping, and custard-soaked bread that you can serve scooped. Torn sourdough bread is the key to a tender breakfast bake, and if you reduce the sugar, this can be the make-ahead breakfast you keep clipped in the recipe box.

This French toast bake has it all, from a spiced rum custard to a sweet and salty cereal topping. While you can skip the rum (Chrissy gives a substitute), I loved the caramel flavor the liquor brings to the rich egg custard. Chewy bread turns soft and rich with an overnight soak, and the salty, crunchy Frosted Flakes that double as the topping are the perfect counterbalance to the sweet casserole. Chrissy’s recipe was somewhat of a wildcard in this battle — but it came from behind to sweep the whole thing. I’ll certainly be making it again. 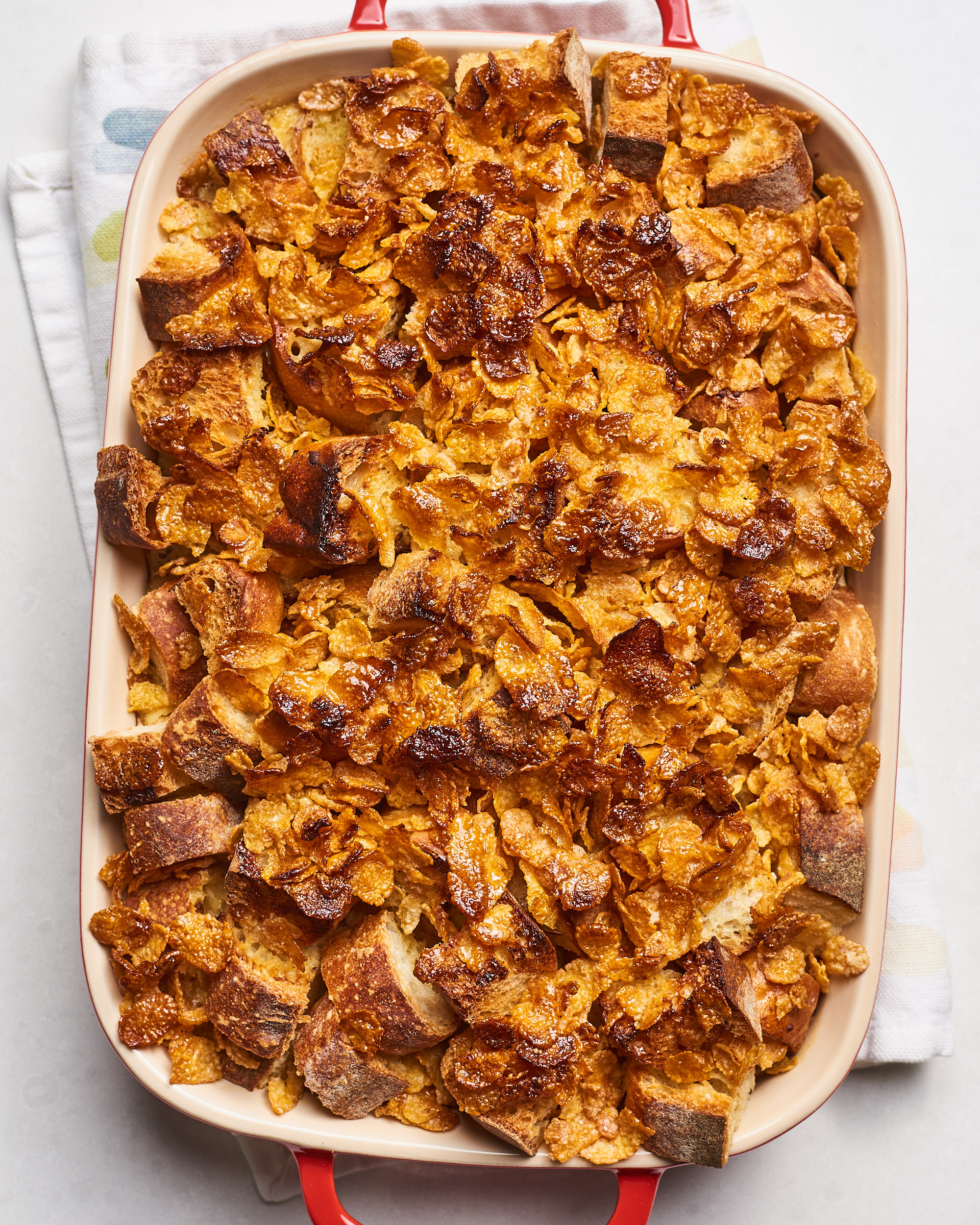 What’s your favorite way to prepare French toast? Let us know in the comments below!