Extreme Savers: Woman reveals she 'forages' for her food

Not only is a vegan diet good for your body and general health, it is also better for the environment than a meat-eating diet. And what’s more, eating more plant-based meals could improve your skin and hair too. Henry and Ian spoke to Express.co.uk to share their vegan journey, their delicious recipes, and their top tips on how you can add more vegan foods to your diet without missing out on your favourite dishes.

Henry and Ian are best friends and business partners from Sheffield, now living in Oxfordshire and west London.

Known for launching food TV channel BOSH!, as well as multiple cookbooks, the duo’s recipes have inspired millions in Britain and beyond to take the plunge from eating meat to solely plants.

Passionate about the environment and living a more sustainable lifestyle, the BOSH! boys are not only vegans, but also drive electric cars.

It is no surprise then that the pair have partnered with MINI Electric to promote the benefits of switching your petrol car for an electric version. 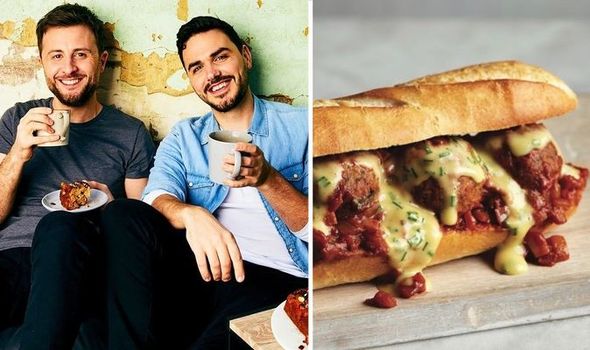 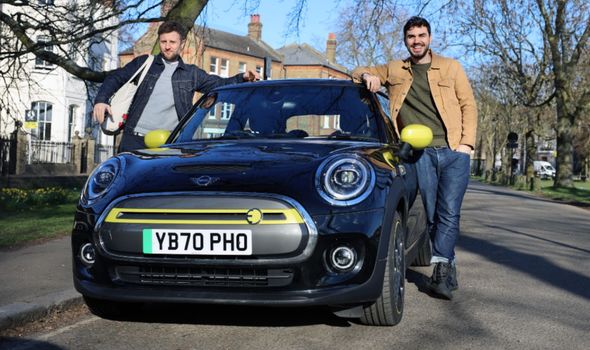 Henry explained his decision to drive an electric car, saying: “The whole reason for setting up BOSH! was driven by environmentalism and a drive to try and reduce climate change.

“So, you know, five years ago, we were watching Elon Musk and thinking how amazing he was. And you know, he’s putting people on Mars, he’s thinking about electric vehicle technology and actually encouraging the entire electric vehicle market to move faster and move forward.

“And so it’s incredibly exciting that here we are five years later. And not only are we driving electric cars, but we can actually work to promote electric cars, and do our own bit to try to advance our evolution of humanity and move us a little bit further away from polluting the planet.”

Transport is one of the main causes of greenhouse gas emissions, and so thinking about the way you travel is incredibly important.

And so is reflecting on the way you eat.

Henry said: “Eating plant-based food is also a great way to cut down on your personal footprint.

“Maybe it’s up to a quarter of our own personal carbon footprint is down to the food that we eat. So making more sustainable choices in food is a really great way to cut your own carbon footprint.

“And I think, past that, everyone has to make their own decision.

“We eat plant based food, we’re completely vegan. And we choose to drive an electric car. Our families don’t, that’s their choice, but they certainly don’t get on airplanes.”

Ian added: “I think everyone’s on their own journey.” 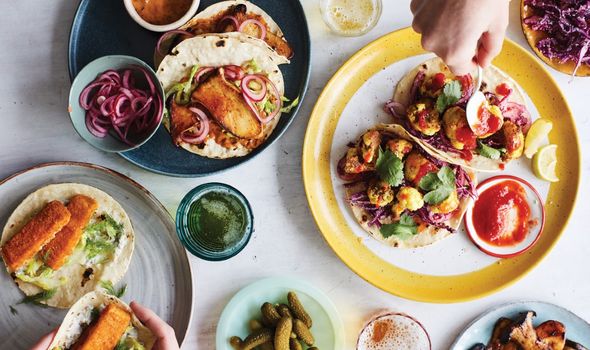 Ian decided to try out vegetarianism in February 2015, and after a month, he thought “I’ll give this vegan thing a whirl”.

The chef saw the beneficial results of his change in diet immediately. He said: “The weight dropped off me, my hair got thicker, my skin got clearer, and I felt a lot fresher. I sort of felt that it might be the best thing I’d ever done.”

Henry decided to become vegan around the same time as his friend since they both lived together.

But the duo realised that “there was a big gap in vegan cooking and vegan recipes”.

“You just couldn’t do it five years ago – you might find some recipes online if you went hunting, but they weren’t good. And there weren’t that many cookbooks. So that was the problem that we set about solving when we set up BOSH!,” Henry said.

For people wanting to eat less meat and more plant-based dishes, but unsure of where to start, the BOSH! boys recommended doing simple swaps.

The key is to try it out with the recipes you can already “nail”, according to Henry, such as lasagne or shepherd’s pie, and then trying to “substitute one of them out for a plant-based alternative”.

Ian added that it is possible to “veganise your classics”, and that is another reason why the duo wanted to launch BOSH! in the first place.

“If you want to eat a vegan burger, you could go to a burger restaurant now and ask for the vegan option and you wouldn’t be able to tell the difference. If you wanted to make a lasagna at home, you could just load it up with wonderful flavour,” Ian said.

Henry and Ian emphasised that you can still eat your favourite foods that are considered unhealthier, such as chips and brownies, as a vegan, but it is important to have everything in moderation.

Henry added that some healthy ingredients to eat as a vegan include tofu, nuts, seeds, and unrefined grains such as brown bread or brown pasta.

It is also important to eat plenty of fruit and vegetables and be “aa colourful as you can”.

“There’s lots of wonderfully colourful vegetables out there. And they’re all super tasty, all super healthy.

“So you’ve got to be that rainbow and feel fine.”

For the red cabbage sambal

a large pinch of salt

Make the sambal • Finely slice the red cabbage and red onion and put in a bowl • Squeeze in the juice of the lime • Add the salt and red wine vinegar and mix well • Add the coconut and sugar • Finely chop the chilli (removing the seeds if you want less heat), add to the bowl and mix again • Set aside

Cook the cauliflower • Add the oil to the frying pan and place on a medium heat • Fry the cauliflower for three to four minutes, turning occasionally until crisp • Transfer to the kitchen paper to drain • Sprinkle with salt

Serve • Warm the tortillas under the grill or in a dry frying pan • Top each taco with the red cabbage sambal, cauliflower, a dollop of chilli jam and some coriander leaves • Slice the limes into wedges and serve alongside