Salmonella infection is a food borne illness which can be caused by Salmonella bacteria. This means that should a person consume the contaminated food, they could become very unwell. Symptoms of this kind of food poisoning include feeling or being sick, diarrhoea, stomach cramps and abdominal pain, and aching muscles. A fever, loss of appetite, chills, and a lack of energy and weakness are also common symptoms.

The food itself can become contaminated at any stage during the production process, the processing of the food itself, and while cooking.

It’s also worth being aware that some foods are particularly susceptible to contamination if they’re not looked after correctly, and this includes raw meat and poultry, raw eggs, raw shellfish, and unpasteurised milk – as well as some ready-to-eat foods.

Yesterday, a food recall was issued by Wedlinka Delight, as a precautionary step.

The company are recalling its Metka Lososiowa, which is a Polish sausage, because it might contain salmonella, the Food Standards Agency (FSA) said.

The relevant product has the lot number 72, and has the best before date of April 3, 2019.

Its pack size is approximately 250g. 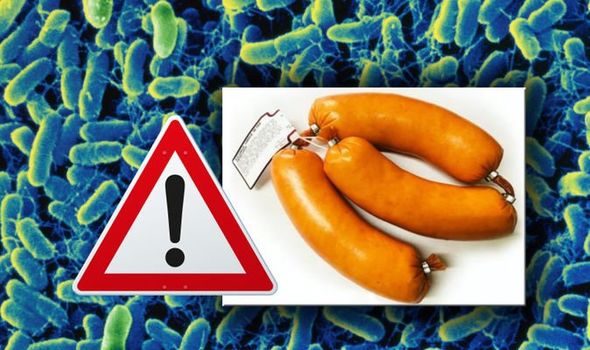 Wedlinka Delight have issued a food recall for some of its Metka Lososiowa, due to the product potentially being at risk of Salmoella

No other products from Wedlinka Delight are known to be affected, the FSA said.

Anyone who has bought any of these packs of sausages are advised not to eat them.

Instead, they should take it back to the store in which they bought it from, in order to get a full refund.

Recently, a woman shared her story about how she accidentally gave herself food poisoning when making a vegan meal.

Letting her own experience serve as a warning to others, Anne Sullivan, which is not her real name, explained she had been hoping to increase her protein intake by whipping up a white bean stew, Yahoo reported. 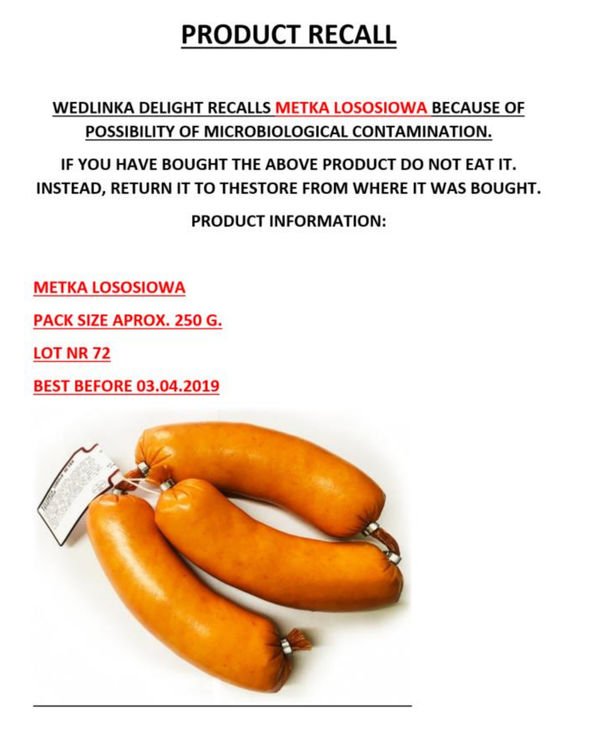 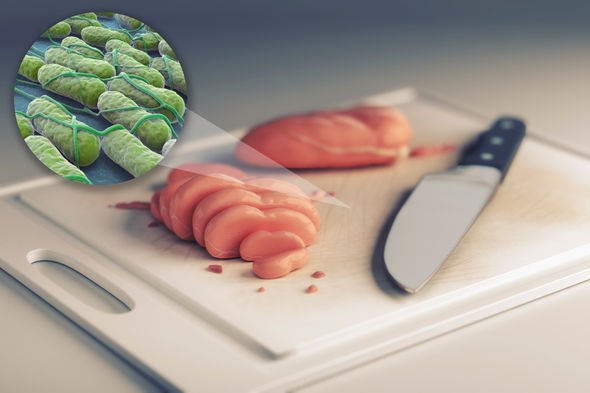 However, this meat-free meal actually led to a huge problem.

It came after the recipe instructed her to pre-soak some beans, which she did, before placing them into her slow cooker.

Returning home, she realised the beans in the pot hadn’t grown in size.

Nevertheless, Anne served some of the meal up, and took it to work for lunch.

But, having tucked into the home-made dish, she fell ill – reporting feelings of being dizzy and faint, as well as nauseous.

And, it seems that the issue may have arisen due to the woman having not cooked the beans correctly.