Prince Philip, 98, is not one to mince his words and being in charge of making his meals may at times be a daunting task. Queen Elizabeth II and the Duke of Edinburgh have their own private cook and choose dishes from a rotating royal menu. Former chef to the royals, Darren McGrady has revealed how to make two of Philip and the Queen’s favourite meals.

Chef Darren McGrady worked in the palace kitchens for 15 years.

He started off as the Queen’s private cook and later became a chef for Princess Diana, Prince William and Prince Harry.

Mr McGrady has previously opened up about working for the royals and shared some of the secrets from the palace kitchen on his blog theroyalchef.com.

The Queen is known to love eating game and salmon sourced from her estates, so it’s no surprise salmon is on the menu when she and Philip visit Balmoral every summer. 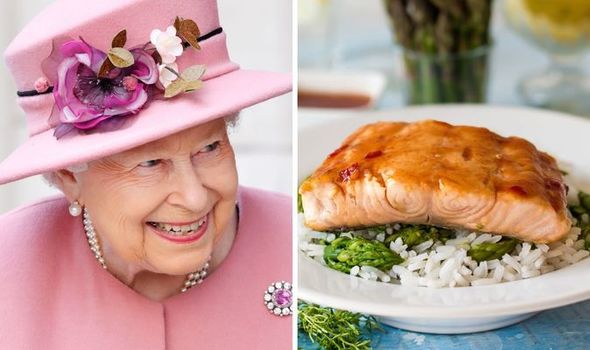 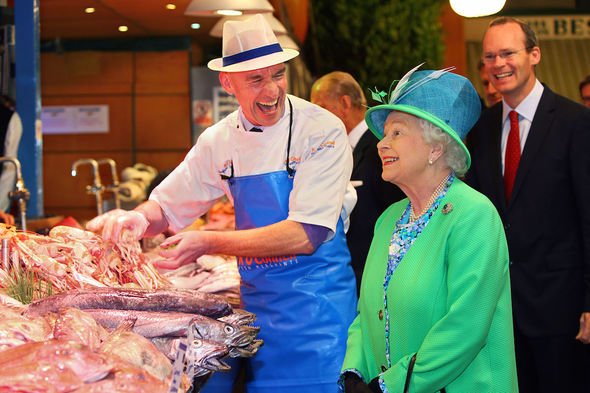 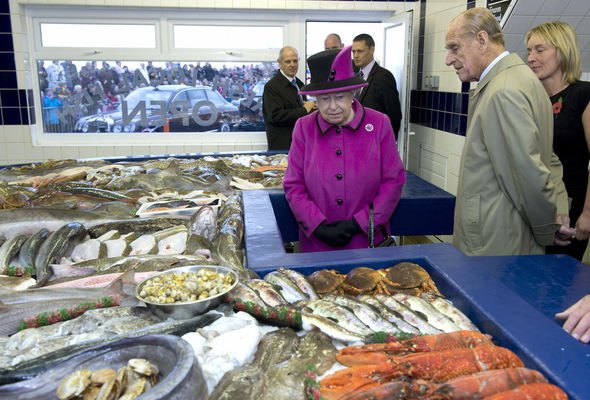 Preheat the oven to 325 degrees

Prepare the dressing by mixing all of the ingredients together and season with salt and pepper.

Set aside until needed.

Melt the butter in the olive oil and sauté the celery and bell pepper until soft. Allow to cool.

In a medium bowl beat the eggs and whisk in the milk and cream. Add the chives and season with the salt and pepper.

Line 6 small ramekins with the smoked salmon so that none of the ramekin shows through.

Distribute the crab between the 6 ramekins, add the celery and peppers and pour the egg mix on top to fill the ramekins.

Place on a baking sheet and bake in the center of the oven for about 30 minutes until the egg mixture is set.

Allow to cool slightly and either serve from in the mold or ease out of the ramekin onto a plate and garnish with the dressing, chives and salad leaves. 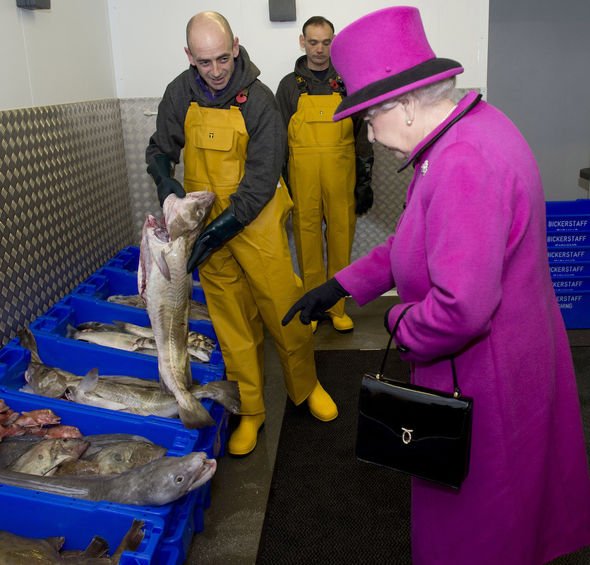 salt and pepper to taste

In a large stock pot heat all ingredients to a boil.

Cook over medium heat for 20 minutes and strain.

Roll out the pastry to ¼ inch thick and cut crescent shapes.

Brush with the egg yolk and bake at 350 degrees until golden brown.

Poach the salmon in the fish broth covered in aluminum foil until opaque.

Remove to a serving platter and keep warm. Add the Champagne and cream to the poaching liquor and reduce to a syrup. Season with salt and pepper.

Coat the salmon with the sauce, garnish with the pastry fleuron and parsley.