Fans of the Royal Family love to know insider secrets of what goes on in the palace. But have you ever wondered what the royals eat when they’re at home? A former royal chef has revealed some of the recipes he used to make when he was in the kitchens at Kensington Palace.

Darren McGrady has his own YouTube channel, with over 48,000 subscribers, where he shares his foodie secrets – with many of them from his time working for the royals.

The chef used to cook for the Queen, Princess Diana, and Prince William and Prince Harry when they were little.

In a recent video the royal-approved chef shared a recipe that he used to make for the young boys, as well as a few insights into what their appetites were like when they were young.

McGrady made the roast chicken that he used to prepare for them at the palace – and said it’s all down to the crispy skin that makes it perfect. 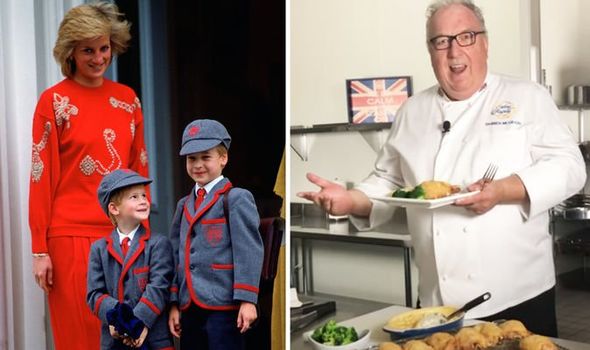 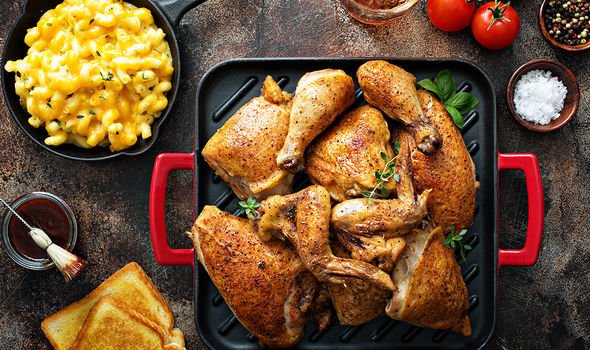 But the chef had an unusual side for the crispy chicken thighs, which he said the young Dukes used to love.

He paired it with a side of mac and cheese, making his own sauce which takes just two minutes – and warned viewers not to use a packet of sauce from the shop because of all the additives.

However, the health-conscious chef also revealed that the boys’ nanny would also try to trick them into eating more greens.

Though Princess Diana’s young sons loved it with shucked corn, the nanny “insisted” that the boys ate plenty of broccoli with the dish.

DON’T MISS:
Queen Elizabeth II and Thatcher had a ‘fight’ over this protocol issue [INSIGHT]
Prince William will be ‘creating a new chapter’ after his birthday [ANALYSIS]
Camilla, Duchess of Cornwall wears Chanel to greet French president [PICTURES]

“The boys, I guess like any boys, weren’t huge fans of broccoli, but what she said was ‘when you do the broccoli – I want you to have one piece of broccoli with each piece of chicken’,” McGrady said.

So if Prince William and Prince Harry wanted to eat the chicken, they had to have the broccoli too.

The trick worked so well that she cheekily asked the chef to use bigger florets of broccoli in order to get them to eat more greens.

The chef said it’s the perfect mid-week dinner for the family, and is cheap to make too. 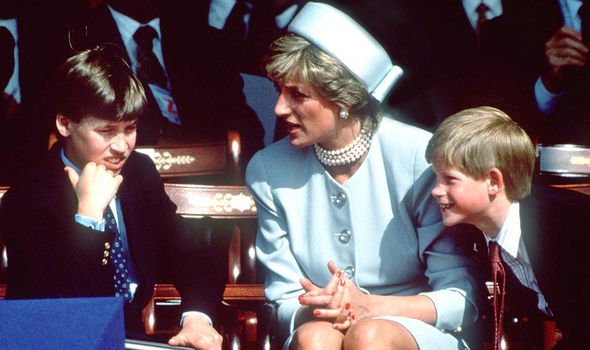 Here’s how to make Darren McGrady’s Crispy Chicken Thighs with Mac and Cheese:

Salt and pepper to taste

½ cup cheddar cheese for the topping

8 chicken thighs, bone in, skin on 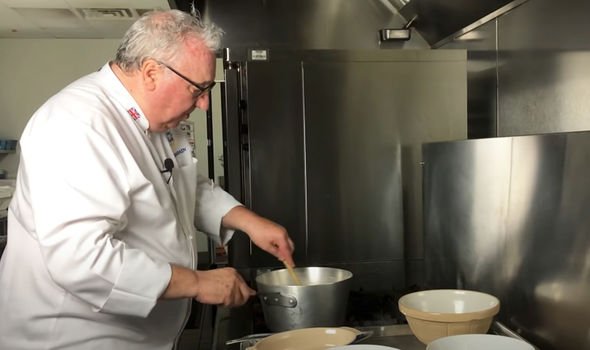 Set the oven to 425 Fahrenheit.

Sprinkle the chicken with salt and place on a wire rack on a baking sheet.

Bake in the oven for about 30-45 minutes until the skin is golden and crispy and the meat cooked.

In a large pan melt the butter and add the flour.

Whisk in the cream and milk and cook on a low heat until the sauce thickens.

Stir in the parmesan and cheddar.

Season with salt and pepper.

Add the pasta and stir in.

Spoon into a casserole dish, sprinkle with the cheddar and bake for about 20 minutes.

Recipes by the royal chef can be found on Darren McGrady’s YouTube channel as well as in his book, The Royal Chef At Home, available here on Amazon.

This article contains affiliate links, which means we may receive a commission on any sales of products or services we write about. This article was written completely independently, see more details here.