Despite having to carry out lots of royal duties, Kate Middleton and Prince William prioritise their roles as parents to Prince George, Princess Charlotte and Prince Louis. It has been said that after a busy day, the couple like to wind down and enjoy each other’s company in a relatable way.

The Duke and Duchess of Cambridge are in the middle of moving from Kensington Palace, London to Adelaide Cottage, Windsor.

The family will be living in a four-bedroom house, meaning there will be no room for their current live-in nanny Maria Borrallo so they will have to pick up extra duties.

It has been said that Kate and William are making the move to give their children the most “normal” upbringing possible.

Part of this involves putting their children to bed of an evening, and once that parental duty is done, it has been suggested that William likes to make his wife a specific alcoholic drink to enjoy – although neither Kate or William have confirmed this. 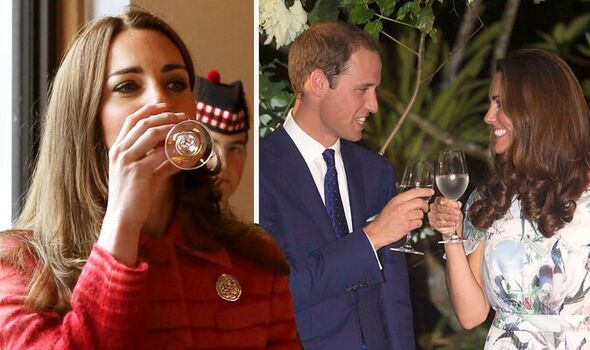 According to PEOPLE magazine, an unnamed ‘family friend’ said: “William will bring Kate a gin-and-tonic” once the children are in bed. “They look after each other, but in different ways.”

As for William’s drink of choice, Express.co.uk recently revealed how he is fond of cider, similarly to his mother-in-law, Camilla, Duchess of Cornwall who contributes to the making of her own royal cider which the public can buy.

As for how else Kate and William’s evening might look, they are said to get involved with cooking meals for the children, and the Duchess previously revealed how she likes to get the children involved.

“I’ve done that with George and Charlotte – making pizza dough. They love it because they can get their hands messy,” she said during a previous public appearance.

As well as homemade pizzas, pasta is another favourite in the Cambridge house.

People reported that during a visit to Lavender Primary School, Kate told Matthew Kleiner-Mann of her family’s love of the Italian staple.

He said: “She was telling us how much her children love cooking and how they cook for her.

“They made cheesy pasta the other day. One stirs the flour, one puts the milk and butter in. And they make salads and stuff.” 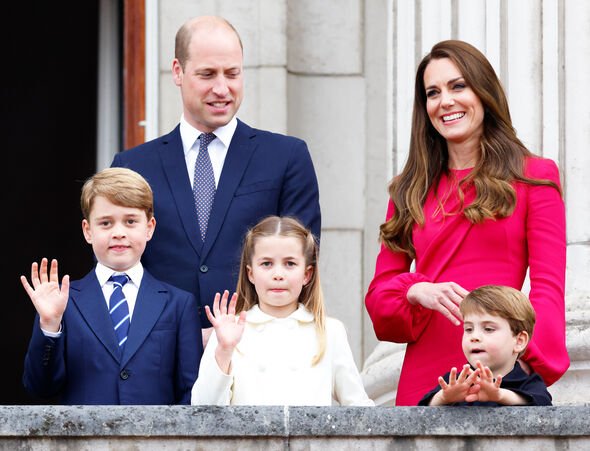 Kate also has a passion for baking birthday cakes for her three children.

When appearing alongside Mary Berry in A Berry Royal Christmas back in December 2019, Kate revealed: “I love making the cake.

“It’s become a bit of a tradition that I stay up ’til midnight with ridiculous amounts of cake mix and icing and I make far too much. But I love it.”

She also likes to cook her husband his favourite dish on a weekend.

In 2012, royal correspondent Katie Nicholl told Vanity Fair of the Duchess: “In the evenings she indulges her hobby of cooking William’s favourite supper, roast chicken.”

As for William, he spoke about his culinary skills back in 2017, explaining: “I do like cooking, but I’m not very good.”

During his visit to the Royal Institution of Chartered Surveyors, the royal revealed that his signature dish is steak but he struggles to cook it for the right amount of time.