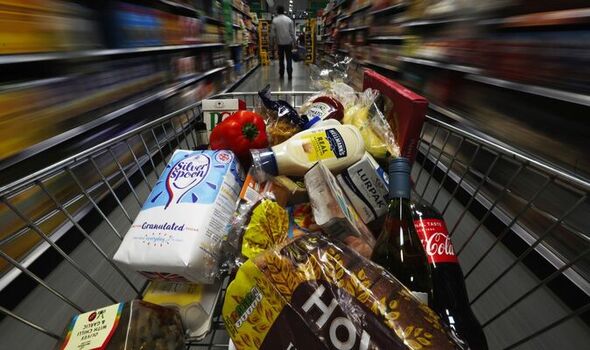 Six in ten will spend time prepping for their shopping excursion in advance by writing a list to ensure they get everything they require – or at least the bulk of it.

And this organised approach extends to how they select what to buy, with price (68 percent), quality (57 percent) and how long food will last (51 percent) all considerations.

But despite their best intentions by planning in advance, the study, commissioned by Nectar, found a third still tend to forget to buy products they’d meant to get.

And a quarter (26 percent) regularly leave their reusable bags at home, while 12 percent often forget to take advantage of money-saving loyalty scheme promotions.

“But we also understand that busy lives can often mean there is little time left to plan the food shop, or take advantage of all the deals on offer.”

The study also found that one in four shoppers (26 percent) enjoy discovering new products as they go about their shop – eager to mix things up and try out new consumer goods.

While 38 percent like to stick to what they know and are very much creatures of habit, “always” opting for the same types of foods.

But both of these approaches could be leaving them out of pocket – with a fifth admitting they frequently spend more than they had budgeted for when shopping.

This might explain why 28 percent wish they were savvier when purchasing food.

However, 42 percent of shoppers consider themselves adept at finding good deals and will actively seek out offers.

The study, carried out via OnePoll, also found 66 percent believe writing a list in advance means they get their shopping done in less time than those who don’t.

Those who take this approach typically take just 24 minutes to get everything they intended to buy.

And three in ten shoppers may want to adopt this tactic if they don’t already, because they claimed to have the tendency to spend “too long” wandering down aisles when out shopping.

List-writers may also spend less money than those who don’t – those who use this method believe they save an average of £11 per shop by having one in hand.

This works out to be a potential saving of £572 per year.

Of those who write lists, 57 percent prefer to use pen and paper, while 22 percent note down their shopping list on their phone, and five percent simply rely on their memory.

However, nearly half (47 percent) admit they sometimes forget to take their list with them, while a third have forgotten to buy items despite having jotted them down.

It also emerged those aged 25 to 34 are most likely to tot-up their total spending as they go.

And seven in ten are of the opinion that this helps reduce the chances of them buying goods they don’t really need.