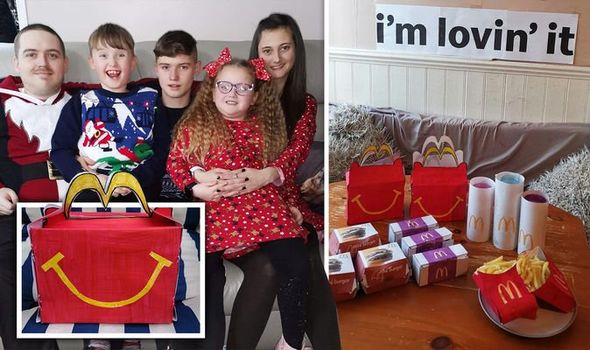 Undeterred, the mother-of-three had the bright idea to recreate the iconic McDonald’s packaging using pens, pencils, paint and cardboard from around the house. Kirsty, who is training to be a teaching assistant, then cooked up her own versions of the fast food chain’s iconic Happy Meal and Chicken McNugget meal. She asked her kids, 15-year-old Kieren, Jake, nine, and six-year-old Lily to go upstairs while she prepared dinner and says they were “super excited” after coming down and seeing the surprise.

Kirsty, who is from Hull, East Yorkshire, said: “I felt sorry for the kids when McDonald’s closed because I had promised them a trip there.

“It’s not something we do very often, just as a treat every now and then, so they were really looking forward to it.

“I started thinking about how I could make it up to them and just thought, if we can’t go to McDonald’s then let’s bring it to us.”

She added: “It was worth the effort after seeing the smiles on the kids’ faces, they were so happy and really loved it.”

Kirsty and her boyfriend Darren Duffill, also 33, started crafting the packaging at 9pm last weekend and were working away until the job was done at 4am the next day. 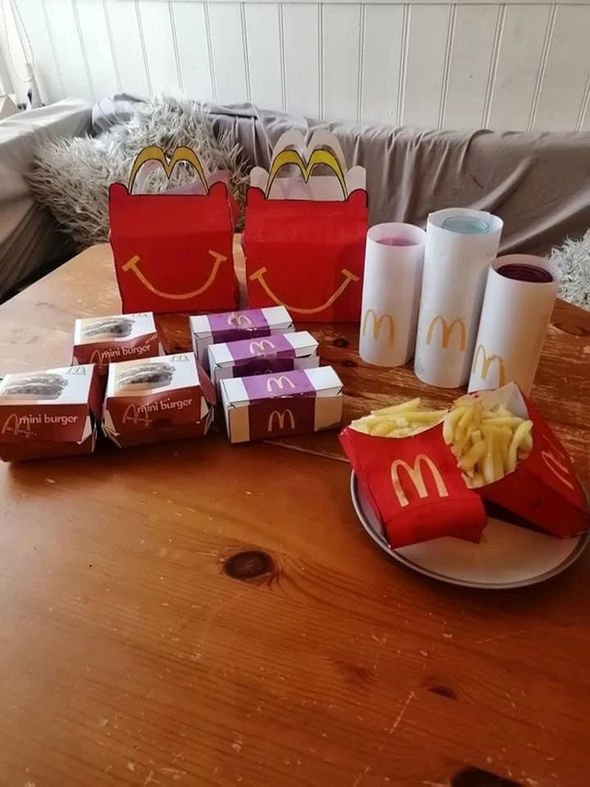 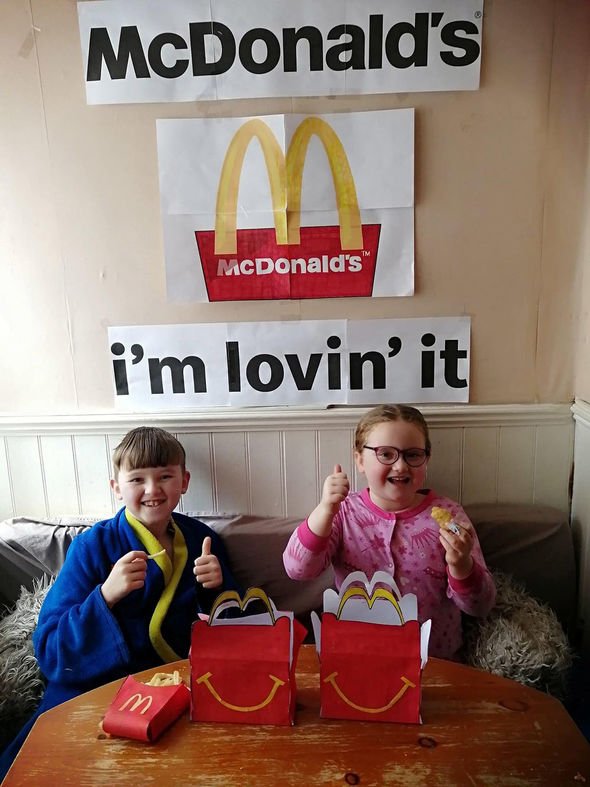 The boxes were made by cutting out cardboard templates and decorating them in traditional McDonald’s colours before folding them into shape.

Kirsty and Darren, who can’t work for medical reasons, crafted containers for burgers, chicken nuggets, two Happy Meals and even a few portions of chips.

The pair also put together McDdonald’s cups and filled them with milkshake.

Kirsty said: “It took quite a bit of time and effort to do but it was quite fun for us as well.

“I like making things, so it wasn’t too much of a chore to do this.” 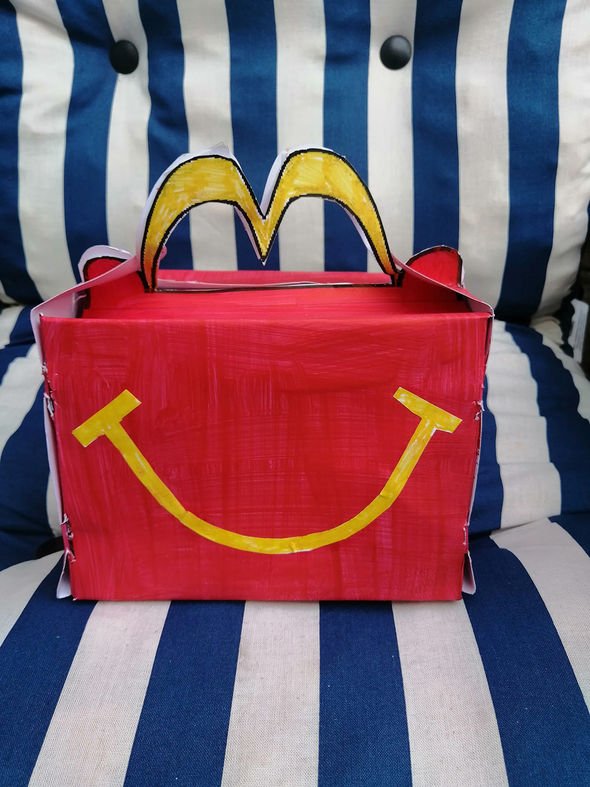 Kirsty added that she took some inspiration on how to make the templates from Pinterest, a social media site where people share ideas about their hobbies.

Some of the decorations were printed out while others were done using paint.

Kirsty said her kids were so pleased with the finished product that they are keeping hold of the packaging and not throwing it away.

She added that the idea helped take their minds off the lockdown.

Kirsty said: “The kids have been finding it a bit difficult because they’ve only got the house and the yard to play in, so they’re fed up.

“I’m a carer for Darren so me and him are used to being at home a lot.”