With the heatwave in full swing, summer fruits and foods are very much on the menu. But if you fancy something a little different as a refreshing snack this season, Marks and Spencer has launched a special new fruit that’s sure to sell out fast. The limelon combines two delicious fruits for a new flavour – but it won’t be around for long.

While Britons may be used to the classic combination of lemon and lime, they may be surprised by this new fruit hybrid.

The limelon combines the refreshing taste of melon with a hint of zesty, sour lime.

The unusual fruit first found fame back in 2012 when it was first introduced to UK supermarkets, having been grown in Spain.

The strange fruit mix is grown using a new seed variety, but stocks were limited as the growing season is so short. 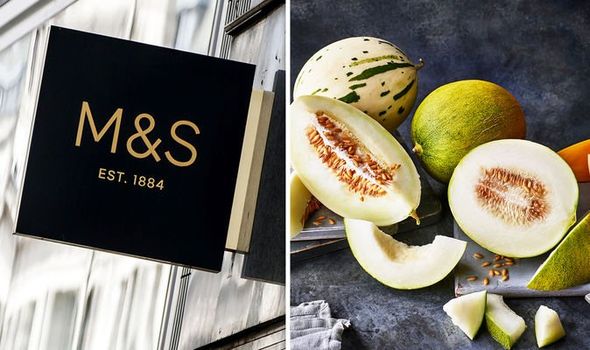 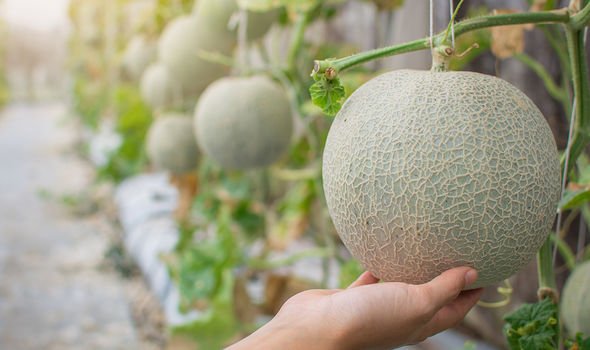 Marks and Spencer’s limelon fruit is a limited edition so those wanting to try it will need to head to stores pronto if they want to give it a go.

It’s said to have a zesty citrus bite, making it more exciting than a classic melon which can sometimes be a bit bland.

Marks and Spencer suggested adding it to savoury lunchtime salads or topping it with yoghurt – or of course enjoying it on its own instead of your go-to fruit.

The new fruit is £3 and available at selected stores only, so you’ll need to look out for it on your next weekly shop.

It’s not the first time the food store has got creative with its fruit and vegetable aisles.

Marks and Spencer has previously created other fruit hybrids, which bring two types of fruit together into one for a whole new taste.

In 2015 the store created the plum and mango or “plango”, which had a brighter orange skin and a firmer texture than a plum, but with a softer texture on the inside.

The plango is a tropical fruit that is grown on trees native to southeast Asia, and M&S worked for years with suppliers in Thailand in order to be the first to bring it to supermarket shelves in the UK. 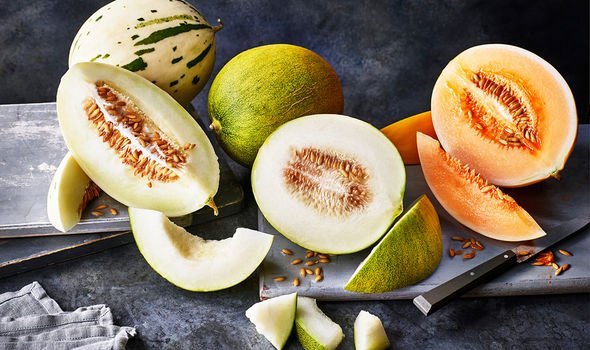 Even earlier in 2012, Marks and Spencer made headlines when it launched the papple, a cross between a pear and an apple.

The hybrid had the texture and skin of a pear, and was actually created by combining different pear varieties.

The store said it was one of its “most exciting new varieties of fruit” at the time.

In the same year, the store managed to bring a new grape variety to the shelves – something that is hard to do as it can take up to ten years. 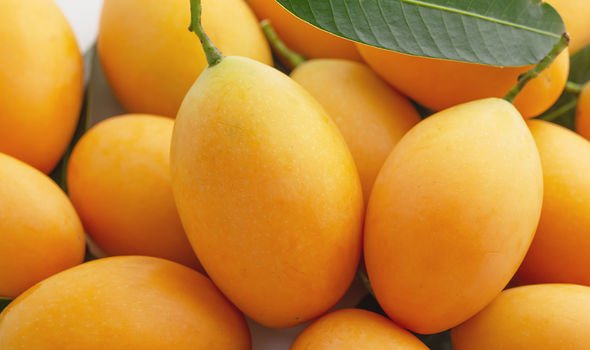 The brand worked with Spanish suppliers to get the taste of the grango just right; a cross between grapes and mangoes.

While the outer skin is tough like a mango, its inner flesh is more like a tropical grape.

More recently, Marks and Spencer also launched the banzzai, which is a cross between a satsuma, an orange, and a mandarin.

The fruit originated in Japan but is now grown in Spanish orchards and has a refreshing, sweet taste.