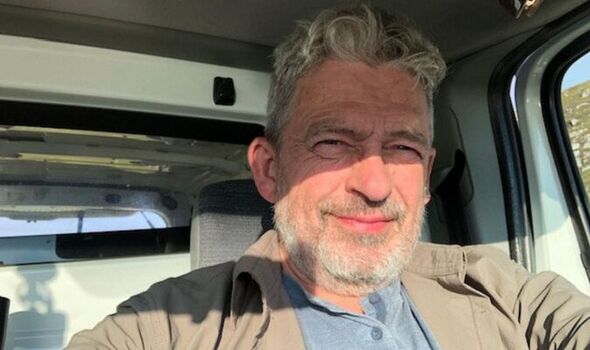 Matt Garside complained to staff after discovering the box, which he believed to have been gnawed by rats. However, instead of apologising, he claims store bosses barred the 59-year-old from the store for six months.

Matt said: “This made me angry. It was so simple, and they have just shot the messenger. But I just stuck to my guns, and in the end, I’ve been banned.

“I don’t know why they have dealt with this in this way. It’s just beyond me.”

The professional photographer said he had noticed the damaged box of eggs while stocking up on food at his local Lidl in Colne, Lancashire.

But after he told staff that rats could be responsible, he said they refused to apologise to him and swiftly took the box of eggs away. 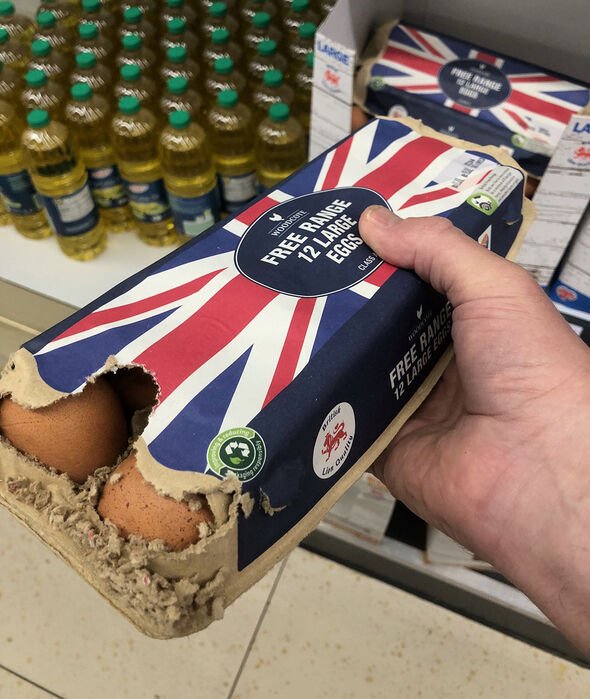 Matt said a manager had later claimed he had “upset” staff with his persistent queries, and he was ordered to leave the premises when he tried to pay up.

And months later, he says he received an email from Lidl customer service, telling him that he would be banned from the shop for months due to his behaviour.

Matt said: “I have a calm exterior, but I’m absolutely seething mad that this has happened to me. It’s the big guy stepping on the little guy in a pretty disgusting way.

“When I got the email saying I was banned, I just thought, “What’s going on there?” They were making out that I was abusive to their staff. But I wasn’t. I was just persistent.”

Matt said he was shopping in his local branch of Lidl on July 7 this year when he came across the suspicious box of eggs.

He said: “I was shopping in Lidl in Colne, and I came across the box, which clearly had been gnawed by rats.

“So I went to a member of staff, but their response was a bit odd. They took the box off me, and they also didn’t give an apology or anything.

“I was a bit shocked as they wanted to play it down immediately.” 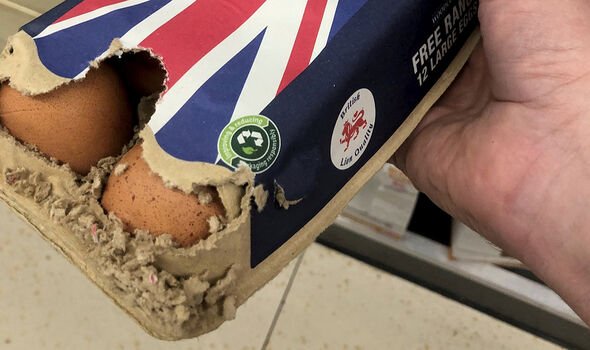 Matt said after making initial inquiries, the supermarket manager then confronted him about his supposed bad behaviour.

He said: “He went on a bit of a tirade at me, saying that I had upset his member of staff. I immediately told him I hadn’t

“But he went on a mission of putting me down, saying I had upset this lady.

“He said, ‘You called her blind’. But I hadn’t. I just said, ‘If you had checked, you would have seen them.’ I said that I hadn’t hurt anybody – it wasn’t her fault.

“And just before that, I had even caught up with her, and said ‘At least I deserve an apology’. But instead, she just exited left as fast as she could.”

Matt said he tried to show the manager the photo he had taken of the egg box, but he refused to look at it and then ordered him to leave the shop without his groceries.

He said: “I’m a bit of a stubborn person, so I continued, but I wasn’t shouting or being abusive.

“Eventually, I got to one of the tills, and I started to video what was happening as well. I was just in disbelief that this manager was dismissing it.

“I continued until he came around and took everything out of my basket and said, ‘I’m not going to serve you.'”

Matt said he had later filed a complaint to Lidl customer service and initially received an apology after eight weeks regarding his experiences.

But several weeks after this, he received a new email that informed him he had been barred from the shop for six months owing to his behaviour.

He said: “Initially, I got an apology for discovering this box.

“And then several weeks later, I got another email from customer services saying I was banned from entering Lidl.

“So for my trouble of finding this box, I was banned from Lidl. It said if I turned up at their Lidl, I would be trespassing, and they would take action.”

A Lidl spokesperson said: “At Lidl GB, we always strive for best practice when it comes to the health and safety of our customers.

“As soon as the matter was raised with our store colleagues in July, it was immediately escalated to senior management with a full investigation subsequently being carried out.

“This included third party inspections which found no evidence of pest activity.

“We would like to further reassure customers that, as part of our standard due diligence, additional checks have been carried out since July and have also come back clear.

“Whilst we are always grateful to our customers for raising any concerns with us to address, we have a zero-tolerance policy for abusive behaviour and therefore ask that any interactions with our store colleagues are carried out in a kind and respectful manner.”