John Torode thrilled presenters Alison Hammond and Dermott O’Leary on this morning today. He made the delicacy from Thailand, pad thai.

The stir fry dish features noodles and is a common street food in the country.

It usually is made with rice noodles, eggs, bean sprouts and peanuts.

John Torode made his with a number of special ingredients for flavour, which might surprise viewers.

He used turnip, for one. John said: “This turnip here, presenrved turnip, is making that sour, sharp, sweet flavour. 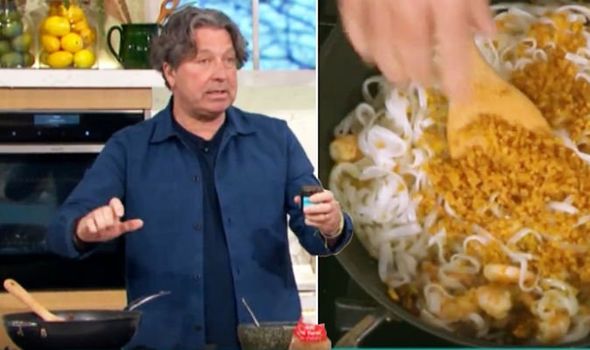 “A big mix of that. That’s your seasoming. Rather than using salt and pepper, we’re just usuing this.”

Next up he added another popular Asian ingredient.

He went on: “Then to that I’m going to add something else that you can get in a supermarket, tamarind.”

However, for those who can’t find tamarind, there is a handly alternative.

“Now tamarid is the base of HP sauce,” he said.

“If you don’t have tamarind, a squeeze of HP sauce will exactly the same. Tamarind is the souring agent.”

Limes are often used to had the sour flavour to the dish.

However, he warned agaisn’t cooking them, or else ruin your dish.

John went on: “Limes are usually sour, but you can’t cook a lime because it goes bitter. 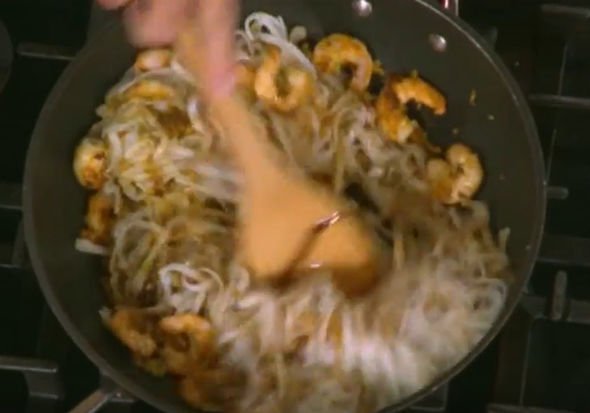 “So you use tamarind or HP sause. HP sauce will work exactly the same.”

This recipe tip came after he dsicussed making the ideal roast potatoes.

John Torode’s perfect roast potoatoes may form the basis of a roast for fans of the vegetable.

So how does James do it? He uses King Edward potatoes for his roasties, which have pink spots on them. 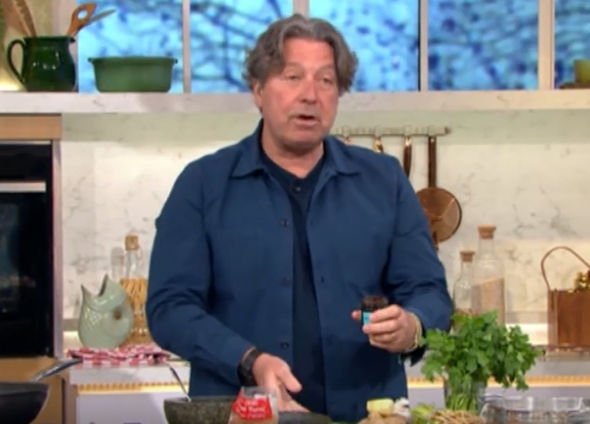 James recommended using dripping or lard for the roast potatoes.

He explained that the potatoes do not taste the same if cooked in vegetable oil, though some chefs do use it.

Most importantly, James advised against using olive oil as it would burn.