Asparagus doesn’t look the most appealing, especially if you take into consideration the fact that it produces byproducts that give your wee a rotten smell. Lots of people find asparagus bland, but it can be transformed into something delicious if you cook it properly. Express.co.uk reveals seven popular ways to prepare asparagus, according to BBC Good Food and elsewhere.

The blanch and refresh method is super easy and keeps the asparagus very green and flavoursome… but you’ll need loads of ice!

Fill a bowl with water and ice cubes and set it aside.

Plunge your asparagus spears into a pan of boiling water.

Cook for one to two mins or until tender.

Remove the asparagus with tongs or a slotted spoon and place directly in the bowl of ice water.

Pop the bowl in the fridge until the asparagus are needed, and then simply drain them and reheat in a pan with butter when you want to serve. 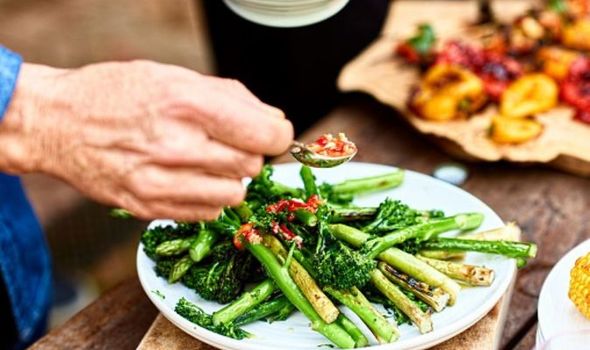 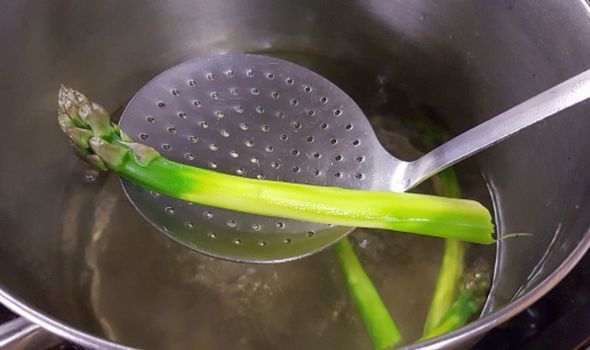 Boiling asparagus is probably the most obvious way to cook it, and it’s easy to do.

Just add salt to a pan of water and bring it to the boil before adding the asparagus for one to three minutes.

If you’re not eating the boiled asparagus right away, experts suggest leaving them in icy water to stop the cooking process and keep them crunchy. 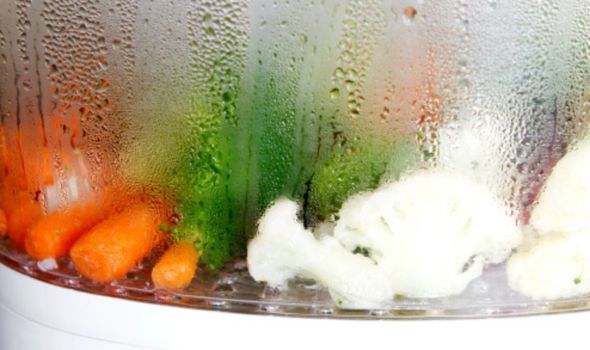 Steamed asparagus is similar to boiled asparagus, but you’ll need a steamer.

Put the asparagus in the basket and cook on high heat, only taking out after about two to four minutes after steam forms and the asparagus is tender.

Again, if you’re not ready to eat the asparagus, stick them in an ice water bath.

Roasting asparagus is one of the easiest ways to cook this vegetable.

Set the oven to 200C/180C fan/gas 6 and remove any woody tips off the asparagus where they naturally break apart.

Put them on a roasting tray, drizzle with oil and season with salt and pepper and stick them in the oven for 12 minutes until they are tender.

To saute asparagus, you’ll want to cut them into small pieces of about two inches.

Saute them over high heat in an oily or buttery saute pan until they’re slightly brown and tender, which will take around three to five minutes.

You can do the same thing in a wok with oil and stir fry the asparagus. 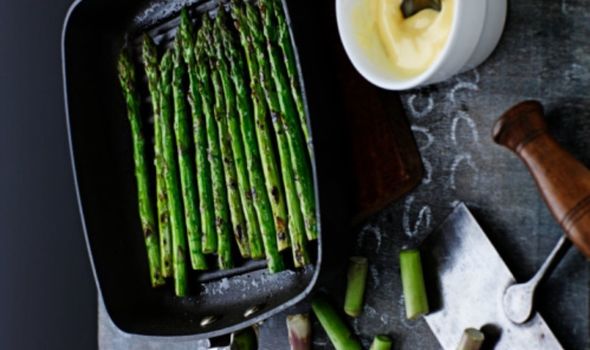 You can also char asparagus on a griddle pan or barbecue

According to BBC Good Food: “Slightly scorching the asparagus brings out a nutty flavour while keeping its distinct texture and vibrancy.”

Start by coating the asparagus spears in a little olive oil and then put your griddle pan over high heat.

When it’s heated through, add the asparagus spears and season with salt and black pepper.

Cook the spears for a minute or two, turning occasionally until tender.

Check if the asparagus is done by lifting a spear out of the griddle pan with a pair of tongs. If it bends slightly, it’s ready.

Raw asparagus is a thing, and it’s delicious as part of a salad.

Simply slice it up into ribbons with a vegetable peeler before tucking in.

All you need to do is remove the tough outer skin and throw it away and keep going until you get to the middle.