Speaking to the Daily Star, Tom Stainer, chief executive of real ale campaign group CAMRA said there’s a “real crisis going on” and we are seeing a “perfect storm” of factors that “will affect just about every pub out there”. He also said that pub landlords are facing a five to six-time increase in their running costs, which threatens to put a huge number of venues out of business.

However, despite prices of a pint creeping up across the country, the actual increases needed to sustain boozers in this situation are so enormous that they aren’t realistically going to happen.

“What you can say with surety is you can’t possibly pass on these energy increases and you can’t increase the pint by 500%,” he said. “You’d be talking about pounds of pounds added on to the average cost per pint – and we already know because we did a survey this summer that more than 50% of the British public now believe the cost of a pint is already unaffordable.

“And that was done before the cost of living crisis before everyone was looking at their own money. And before these huge energy bills came in. 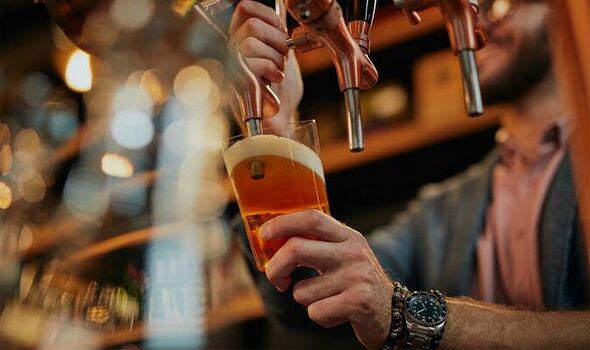 “It just isn’t viable for pubs to pass [price hikes this big] on to consumers because people wouldn’t come drink at pubs anyway.”

He said that, given the sheer size of the cost jump and improbability of paying for the costs through beer “however successful businessman you are… the pub you’re running you cannot do a 500% increase on your energy costs.”

“So thousands [of pubs] could be affected by this. And they can close – and the difference with [pubs compared to] other sorts of businesses is once a pub closes it very rarely comes back.”

Pubs pay one of the “largest business rates of any business [type]” compared to other businesses and few have any money stored away “for a rainy day” because they used it all in the pandemic.

Stainer said that in many ways things are even worse now than they were during the pandemic because then, among other things, “we had a reduction of business rates, we had the VAT cut on food.”

Now he, like the rest of the industry is begging for immediate government action with thousands of boozers hanging in the balance and just hopes that “with a new prime minister stepping in, the top of their inbox is going to be doing some help hospitality”.