Home » Everyday Meals » Chip off the old block – The ‘perfect chip’ should be precisely 7cm long and 1.2cm wide 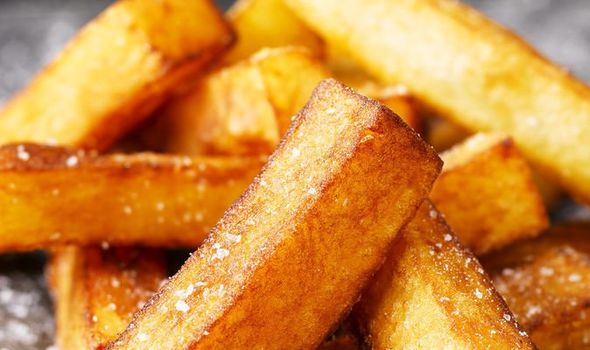 Skinny, curly and crimped fries might seem all the rage, but a classic straight cut, served piping hot, is still the chip of choice – with Maris Piper the most popular potato.

Brits believe chips should have a sprinkle of salt – no pepper – with ketchup considered the best topping (49 percent), followed closely by vinegar (47 percent) and mayonnaise (32 percent).

Curry sauce is crowned the winner over gravy or cheese, with one fifth of Brits not considering their chips to be perfect without it.

The study of 2,000 adults, by the Food Advisory Board, also found those in the south remain loyal to curry sauce while people in the north prefer gravy.

Only East Anglia and the South West residents opt for cheesy chips instead.

It also emerged 40 percent agreed chips are their favourite food, and a quarter admit that they would eat them for every meal if they could.

Food Advisory Board expert Professor Robert Pickard said: “When the skin is left on, and they are prepared and cooked the right way, for example in the oven with minimal added fat, chips can be included in a healthy, balanced diet.

“When cooking up chips, it’s best to opt for thick-cut potatoes as opposed to thinly cut chips, so that you avoid absorbing too much cooking fat.” 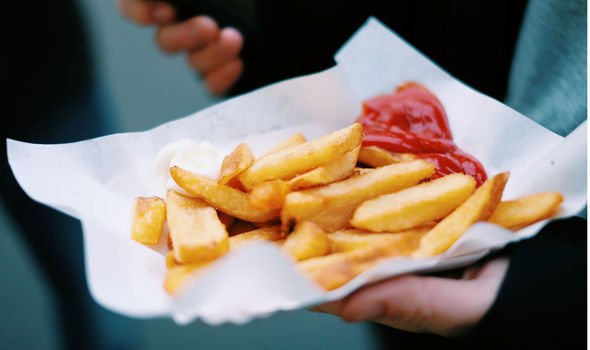 While some see chips as a treat, when looking at the nutritional value of potatoes, spuds with the skin on are actually a source of potassium, fibre and thiamin.

But the study, conducted via OnePoll, found just under half recognise that potatoes with the skin on are a source of fibre.

Only one third noted they are a source of potassium, and just one quarter knew they were low in sugar.

Robert Pickard added: “Potato wedges can be a healthy way to cook potatoes, by ensuring you keep the skin on, and baking them in a small amount of unsaturated oil, such as rapeseed oil it will help maintain the potatoes nutrients.

“Wedges are also very versatile, simply throw them in a tray bake with some lean meat and veggies for a healthy and balanced dinner time dish.”