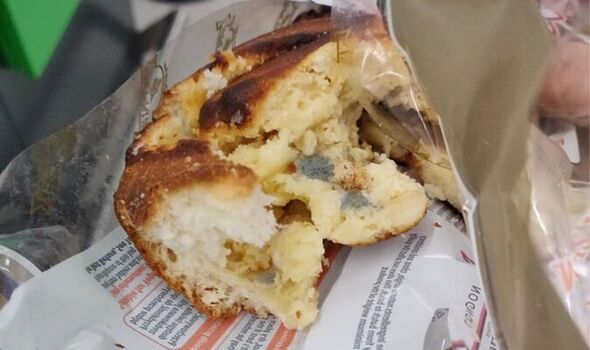 A pregnant woman has shared her distress after noticing a bread roll she had just bought from an Asda store was mouldy. Heena Ahmed, 29, had already taken a big bite from the cheese-topped cob when her alarmed husband knocked it out of her hand.

Speaking to BirminghamLive, the couple said they were driving home after doing their weekly shop at their local supermarket in Minworth, Sutton Coldfield on Saturday when Heena – who is five and a half months pregnant – started to feel hungry. She dug the £1.10 Polish-style bread roll out of the shopping bag and started to eat it.

It was only after her concerned partner of six years knocked the bun out of her hand that she apparently spotted the patches of green inside the bread. Asda has apologised but said it hadn’t received any other complaints about the product and assured none of the other bread rolls at the branch showed any sign of mould.

Heena said: “Straight away I started gagging. I was stood next to the car, retching. I had to put my fingers down my throat – I just didn’t want that in my body. It was traumatic, I was in tears and hysterical. I’ve had a couple of miscarriages in the past so that’s why I was panicking so much. I was so worried in case it harmed the baby.”

She added: “The bread was wrapped up and from the outside it just looked normal. The expiry date wasn’t for another two days so it should have been fine to eat. It wasn’t until after I took a chunk out of it that you could see it was mouldy.”

Heena said her husband immediately turned the car around and they went back to the Asda store in Walmley Ash Road to notify staff. But the couple were left feeling frustrated as they claimed the store’s supervisor was “unsympathetic” to their concerns. 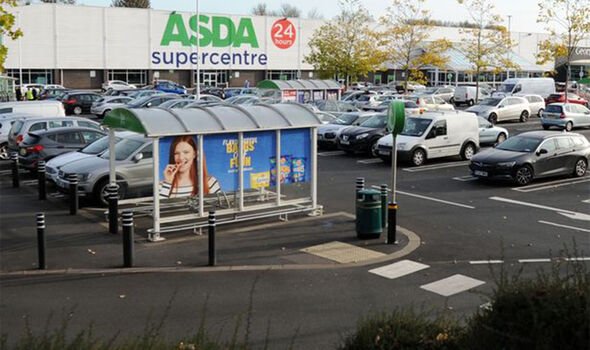 “I was still very emotional, I was pale as anything, but my partner is a very level-headed guy,” said Heena. “We went over to the customer services desk and showed them the bread and asked to speak to a manager.

“They called the supervisor over who just said ‘what do you want me to do? I can give you your £1 back’ which was just completely missing the point. My husband said to him ‘we don’t want compensation, we just want you to know that this product is mouldy and that the rest of the bread rolls need to be checked’.

“It went back and forth for about 30 minutes. My husband was trying to explain that this could potentially be dangerous for someone who is vulnerable like me, it could make me sick. The supervisor actually said ‘well get some water and wash your mouth out, but don’t spit outside the store, go to the toilet’.

“After about 40 minutes, he offered us a £20 gift card. I said ‘do you really think we’re going to shop here again after this? All we wanted was for someone to acknowledge what had happened.”

Heena claimed she suffered from sickness and diarrhoea in the hours after eating the bread, and that she took herself to A&E the following morning, where she was reassured that her baby was healthy.

An Asda spokesperson said: “We have apologised to Heena for not meeting our usual high standards on this occasion and we are happy that she has accepted our gesture of goodwill for the inconvenience. Our customers can be assured that we haven’t had any other complaints of this nature and having checked the shelves at our Minworth store, none of the bread rolls have any sign of mould.”