Christmas looked differently last year as many Britons were separated from their families due to the coronavirus pandemic. That is why Aldi is giving people the chance to celebrate the holiday again – but in June.

Earlier this month, Aldi took to social media to announce the launch of Junemas.

The supermarket said on Twitter: “Let’s be honest, last Christmas didn’t have our hearts, and sleigh bells weren’t ringing like they usually do.

“Time for round two! Just one thing. It’s in June.”

It added: “Introducing Junemas. Mark your calendars for June 25th and look out for some surprises instore! #AldiJunemas.” 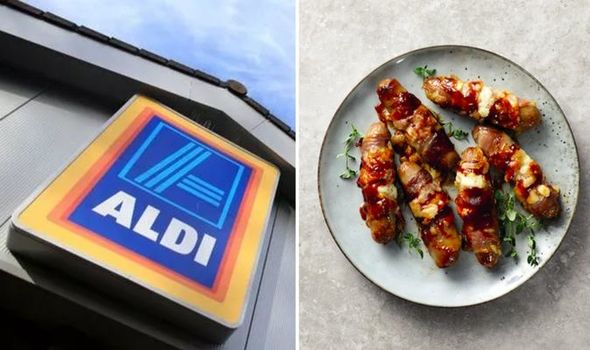 It was revealed at the time that Aldi will be reintroducing mince pies to stores, as well as other festive treats.

However, the discount retailer was undecided as to which items would be making a comeback.

It asked customers to vote in a Twitter poll, saying: “Crave your festive faves all year round? Well, now it’s your chance to bring some of those back just in time for #AldiJunemas. Vote to save your fave below.”

The four items that Aldi fans could vote for were pigs in blankets, turkey, carrots, and Christmas pudding.

DON’T MISS:
How to get rid of pigeons from your garden [EXPLAINER]
Morrisons urgently recalls sponge cake due to allergy fears [WARNING]
Aldi’s Cuthbert the Caterpillar back on shelves following cake drama [COMMENT]

Yesterday, the German retailer confirmed that a sufficient number of people had voted for the pigs in blankets, therefore they will be relaunched in stores next month.

Pigs in blankets were the winning product in the poll, receiving an impressive 73.8 percent of the votes. 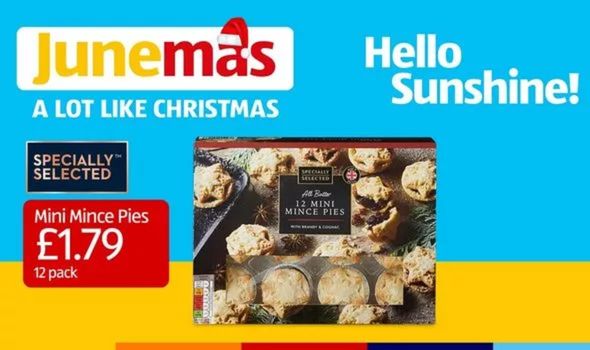 Additionally, Aldi is introducing new Turkey Burgers, costing £2.49, as well as other turkey alternatives to give your Christmas dinner a summer twist.

She said: “As we gear up to celebrate Junemas, we want to make sure our customers have everything they need to make this day truly special.

“So we are delighted to have put the decision into our customers’ hands, asking them to cast their vote on their Aldi festive favourites, which they can enjoy alongside some new exciting treats when they reunite with friends and family next month.”

However, when Aldi conducted its poll, some shoppers noted that some important Christmas items were missing.

One person wrote: “Bring back cranberry sauce. I’m down to my last jar.”

One Aldi fan wrote: “Where’s the sprouts on this list?”

Another added: “I’m appalled that you didn’t include Brussel sprouts, you heathens!”

Aldi’s Junemas range will be available to buy in stores from June 21.